You are here: Home / frozen yogurt / CaliforniaBerry and the Prince of Persia

We were able to watch Prince of Persia today. I was able to sneak out of the shop for four hours to see Jake Gyllenhaal jump off rooftops and battle some evil assassins with magical snakes and stuffs. Until after a few hours after I got home, I was thinking “Now, where have I seen those eyes before…”. Only then did I realize that he resembles Jonathan Togo a.k.a. Ryan Wolfe of CSI Miami. Jake is cuter but there’s a resemblance, specially the eyes. 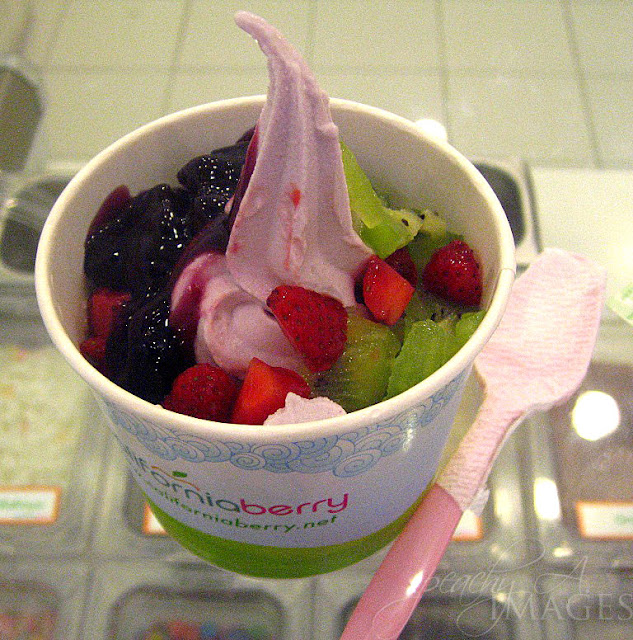 Anyways, we usually watch movies at Trinoma but I’m really glad that we watched at The Block because I got to eat froyo at the movies! CaliforniaBerry has the best flavored frozen yogurts! They had Coffee Flavored Froyos before which are really really fantastic and now they have Blueberry!

Ykaie and I shared this cup and then I ordered a second cup without the toppings. Talk about heaven!