You are here: Home / Uncategorized / Mixsilog 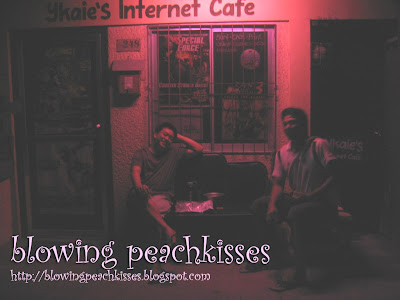 Roman,my cousin and my hubby dear,Alvin sharing stories over two bottles of beer.
When Roman visited us a few days ago,I had my so-called cheat day and we decided to have breakfast at 2am.Roman had LECHONSILOG (in which he wanted extra egg but the store is not selling extra egg), Alvin had TAPSILOG and I had MIXSILOG. 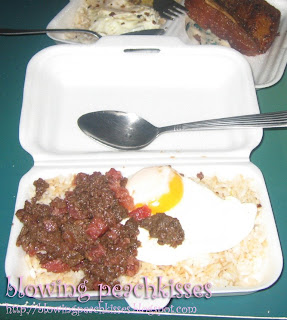 Tapa is dried or cured beef.  Tapsilog is the term used when tapa, fried garlic rice (“sinangag”), and fried egg (“itlog“) are combined into one meal, which is served primarily during breakfast.
The word tapsilog has spawned many copycat dishes, all having fried rice (or garlic fried rice) and fried egg in it and suffixed with silog.Examples are Roman’s order LECHONSILOG,TOSILOG (which is TOCINO, fried garlic rice and egg) and my order….MIXSILOG, which is a mixture of Tapa and Tocino.

Ang galing ng GALINGCO! It's been 25 years and the