You are here: Home / Tips & Thoughts / How to Write an Essay on Food Safety 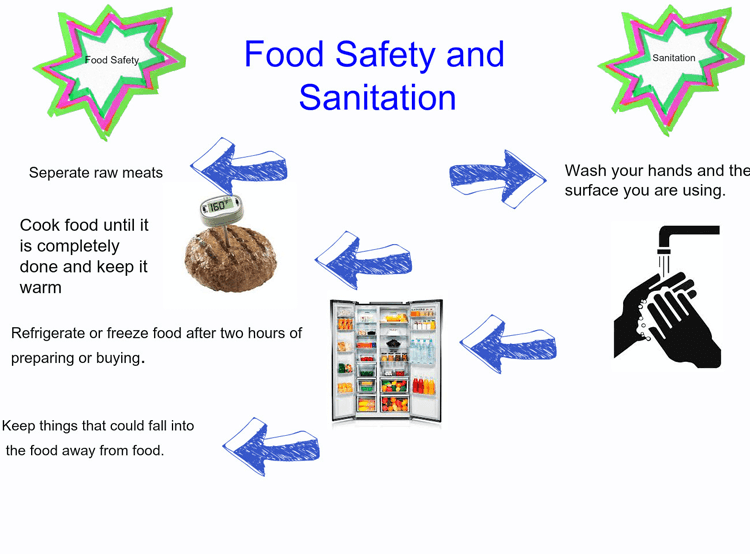 The overwhelming importance of food safety

This is a matter which is having an impact on absolutely every human that walks on this planet and it concerns the safety of the food which is consumed by people in their daily routine. The tragic thing is that an incredibly large number of people all over the planet very seldom stops to think about the importance of food safety. This is why it is fortunate that there is organizations and other government structures which is taking this matter very seriously and this also include scientific research programs and other government health officials all of whom is working closely together to ensure high standards of food safety. In the same way all commercial producers of various crops of food have to comply with very strict regulations in order to ensure that the crops which they are producing fully complies with acceptable food standards which has been determined by government. Upholding these food safety standards is an extremely important responsibility and it’s only when everyone works together in a close-knitted partnership that the highest possible standards can be maintained. Healthy foods will be those that are free from pesticides, physical contamination, toxins and all harmful chemicals but there is also danger from various bacteria, viruses and even parasites all of which could have very negative consequences when they are consumed by humans when food is eaten that does not comply with food safety standards.

There are numerous dangers

Over decades of food safety research there are some problems which has become more important to people working with the safety of foods and this is especially those that concern microbial foodborne illnesses. These things is very widespread over large parts of the planet but unfortunately it is not always recognized until a large number of people become ill because of the impact of these things. In most cases when serious illnesses develop because of the consumption of certain types of food this will always be related to one specific type of food which will be a carrier for apathogen and in order for this process to be successful the conditions in that environment should be favorable to allow the survival of thatpathogen and in these conditions such apathogen will be able to reproduce and there will be the production of some form of harmful toxins and this will always be associated with a person with a weakened immune system which will be the perfect incubator for thispathogen to go through its development process. A further concern is the fact that most of the symptoms associated with food related poisoning is similar to does which is seen in people who are suffering from the flu such as vomiting, abdominal pain, fever, headache and general nausea.

Most people have experienced mild attacks of food poisoning or other sicknesses which resulted from foodborne illnesses but at the time they may not have recognized the symptoms for what they were. Most people will be under the assumption that they are suffering from stomach flu or some kind of bug. People seldom seek medical attention because the symptoms generally disappear within a day or two but there is exceptions were the consequences can be significantly more severe which could lead to kidney failure, serious inflammation of the joints and in some cases the sickness could be lethal. There are more than enough statistics to clearly indicate how serious this problem is and how widely it is encountered. When one look at statistics for the United States it will quickly be seen that over 75 million cases has been reported in recent times of which over 300,000 has resulted in hospitalization of which over 5000 cases resulted in death of the patients. A lot of research has been done in exactly howpathogens behave and it has been found bacterial pathogens resulted in over 70% of deaths, viruses in 67% and bacteria 30%. Large amounts of information is available online which will allow any person to see for themselves how serious this problem is. This will also help to recognize the most serious issues related to food safety and what could be done to avoid it.

It is a fact that never before in the history of this planet was there so much human intervention in essentially natural processes than there are now. We’re talking specifically about things such as pest control and modern agricultural methods and there is also livestock which are regularly treated with antibiotics and a whole range of other veterinary medicines and therefore many people are asking the question whether the food we are eating now is really as safe as we think it is. The problem is people are also better informed these days and they quickly learn about things even those that takes place in remote locations and many of them immediately start to ask questions and this is adding to the concern related to modern food consumption and the issue of food safety. For those people who are required to regularly write essays please take the time to learn how to get essays written here.