We went to Toast Box last Wednesday.I was wanting to try Singaporean Kaya because I heard naso much about it.I heard it was good…so off we went. 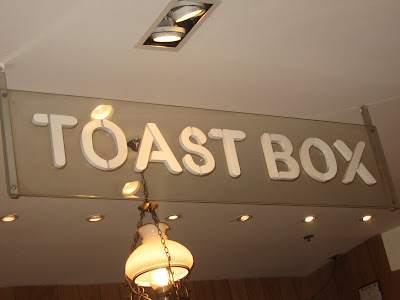 Kaya is a Singaporean local spread mixture of egg and coconut.A little bit like leche flan mixed with matamis na bao or latik.It is also called Srikaya, from the word meaning “rich” in Malay based on its golden color.Sometimes it has a green or darker brown color depending on the pandan leaves mixed in it or the caramelization of sugar.

Filipino coconut jam is made from coconut cream and sugar or molasses. 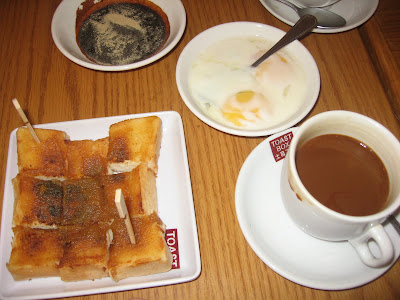 I ordered the Toast Box Set: 1 Thick Kaya Toast, 2 soft-boiled eggs & kopi or teh
of course,I had kopi 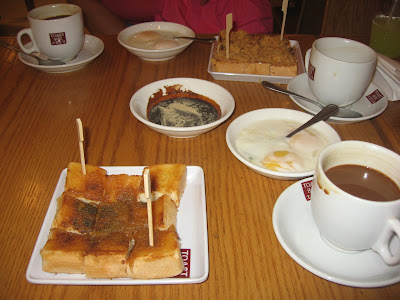 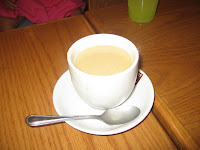 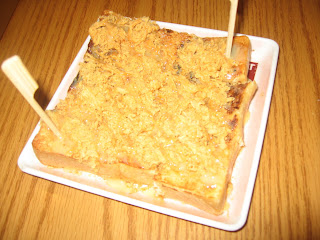 I was weirded out by the way the soft-boiled eggs are eaten,though.It was eaten with soy sauce with a powdered…..somethin’….haha..I don’t know what it’s called.

But it’s good.Even the coffee is different,preparation and all but it taste good.
Better try it if you happen to be in Trinoma.