You are here: Home / hidden camera / Making Your Home Secure 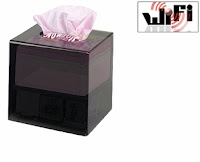 One of the most important things that we should take care of is the safety and security of our home. Once security has been breached, say somebody has stolen something from your house, you won’t feel safe there anymore. It doesn’t matter if you change the locks or put alarms, you will always get a different feeling.

We had a mini-high school reunion that was held at one of my batchmate’s house last holiday season. It was just like a small gathering of friends. Then something  was lost during that night. It was a good thing she had a Hidden Camera by her mirror. She saw how the whole thing happened and who took it.Knowing what happened and who took it somehow gives you a comforting feeling. One of the reasons is that , next time you can take precautionary measures –like not inviting that person or keeping valuable things inside a locked cabinet.

A Hidden camera can be covertly hidden virtually anywhere in ordinary objects such as a clock, a speaker, air freshener, light bulb, and so on. I would definitely use one specially if I’m having a party at my house or if I’m going to leave the house with a helper. I think its okay to use hidden cameras for safety reasons. Its only wrong if you use it for something that violates the privacy of another individual like, if you rig a bathroom or bedroom with it to see private or intimate moments.

If I’m going to use a hidden camera, I’ll probably put it in a tissue box or a light switch.How about you?