You are here: Home / fish / Cream Dory with Onions and Bell Peppers 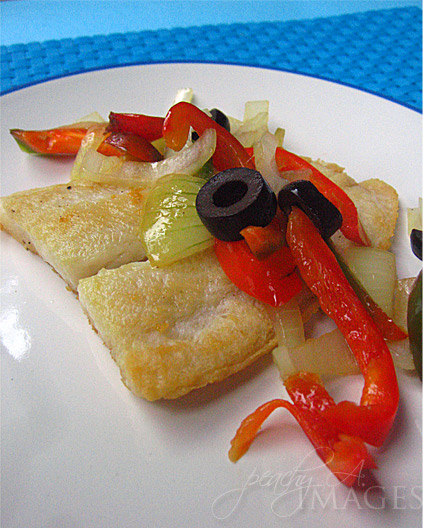 I ate this for lunch today. Uh-huh.

You know, those chocolate covered honeycomb that makes you think it’s all worth doing 2 hours in the stepper and 297 crunches just to burn it?

My aunt in the UK recently sent us a package. It was bursting full of chocolate and coffee and some canned goods which were equally distributed among our relatives. I was supposed to be starting my diet again this week. Eating light and all that. I kinda forgot about it the past two weeks with Halloween and my Father’s birthday. And with the arrival of the package and having “my share” of the “loots”, I decided to postpone it again this week because I am now trying to get rid of the chocolates so that I won’t see them next week.

Getting Rid of It = Eating it until I get tired of it. Get the drift? 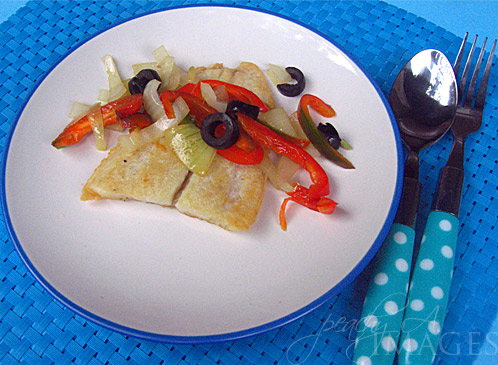