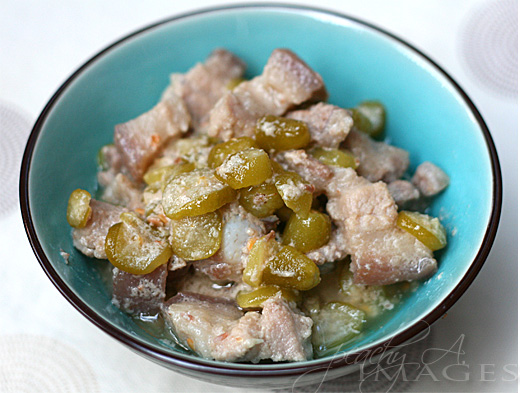 Did you notice how everybody gets a little closer through Facebook? Non-friends become acquaintances, acquaintances become friends, friends become BFFs and BFFs..well, they’re practically your sister. I guess this is because everyone gets a glimpse of everyone’s lives. Do you agree?

This is the second recipe I got from a schoolmate. {First was the Chinese Pork Adobo, remember?}. I was surprised when Nadine sent me a message with this recipe. Honestly, I don’t even remember talking to her back then–even for a simple chat or a hi, because one, I wasn’t even in one of her classes which means, I don’t know her personally.{talking to a person you don’t really know is awkward}. Second, she was one of those pretty girls which are kinda popular—I was a little intimidated. And third, I’m one of those invisible girls who kind of blend in with the school surroundings and the environment…LOL!

…and I write. I write fiction. I write about personal fantasies.{No, I won’t elaborate about those fantasies, that’s a different story..LOL!} I write stories. Stories that I, myself, only read. 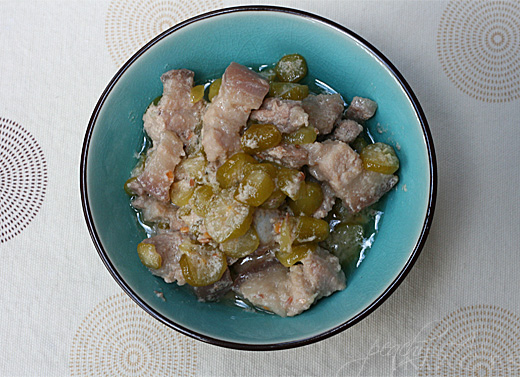 Anyway, I really wanted to try this the moment I got the message which has the recipe but Kamias {a.k.a. Belimbing/Ginger Lily} was out of season at that time. I was interested because I love Kamias in anyway I could eat it : dipped in salt, dried, and Sinigang. I was also excited. I’ll have another way to eat these sour gems!

I love anything sour or anything with a hint of sourness. This dish is a mixture of salty, creamy, sour and a little spicy, perfect with a cup of hot steamed rice…..or four, hee.

Thank you for always dropping by and reading my blog and thank you for this recipe. This will absolutely add inches to my waistline but what the heck?

Maybe you guys have some delicious recipes? I’d love to try them, just drop me a line.Thanks!