You are here: Home / pizza / A Pizza Dinner, My Brother’s Birthday Treat

It’s my brother’s Nth birthday yesterday and  because nobody wants to go to the mall {we knew it’s crowded}, he decided to just treat us for pizza.

Since I am the youngest, I’m always the person in charge to do the ordering for anything my family wants. I called Greenwich for a small Hawaiian Overload pizza for my mother because that’s the only pizza flavor that she wants. Then I called Pizza Hut for our order. 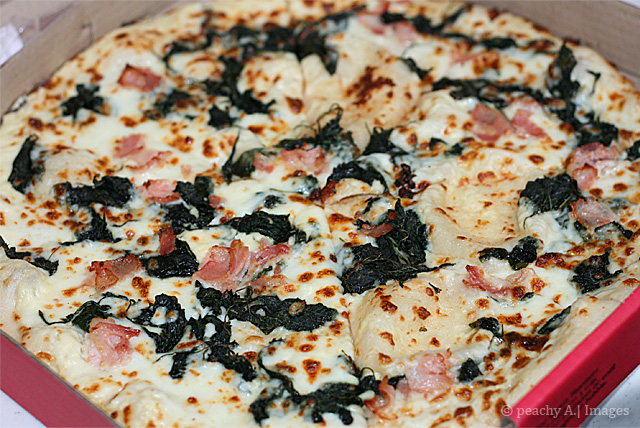 I wanted to try Pizza Hut’s New Tuscani Pizza, So I ordered their 3-Cheese, Bacon & Spinach Pizza. It is made up of bacon, spinach, bechamel sauce, and three cheeses: parmesan, cheddar and mozzarella.

So what are Tuscani pizza, really? From what I’ve observed, Tuscani pizzas have a slightly thinner crust than the original pan pizza but are thicker than the thin crust pizza. It is soft on the inside and crispy on the outside.

Sis didn’t like the pizza flavor that we ordered, she said the spinach tasted like old spinach leaves. On the other hand, I kind of liked it. It’s a simple flavor so you get to enjoy how each ingredient meld together in one wonderful taste. I’m fond of the taste of cheese combinations so it’s hard for me not to like this one. 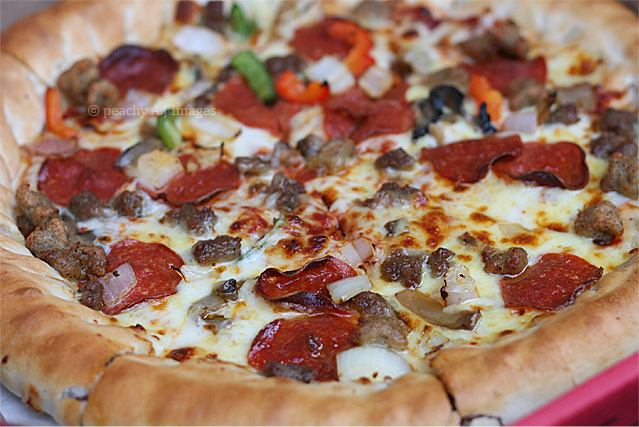 My ultimate meat-lover of a brother wanted a pizza with lots of meat and so the second pizza I ordered was the sausage-stuffed crust supreme. It was weird, I used to like flavors like this when I was younger but now, it was too much. I could do without the sausage stuffed inside the crust.

Wishing you a love you deserve and happiness!