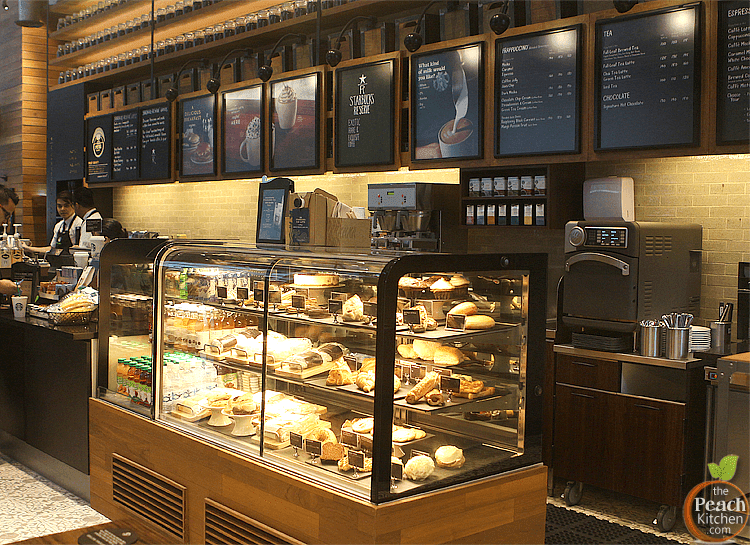 As you all know, Starbucks Reserve is a category of ultra‐premium coffees that represents the pinnacle of Starbucks coffee perfection and passion.These coffees are rare and extremely limited, each hand‐picked for their distinctive flavors and unusual locales around the world. Because of this, they are only available exclusively at Starbucks Reserve Stores and is prepared using the world’s finest preparation methods – the Clover® Brewing System, the Pour Over Brewing Method, and the Coffee Press.

The coffee press method is the method I sometimes use at home and the Pour Over method, which I witnessed at the opening of the Starbucks Reserve Tomas Morato. It was my first time to witness the Clover® Brewing System here in Starbucks Reserve Signa. 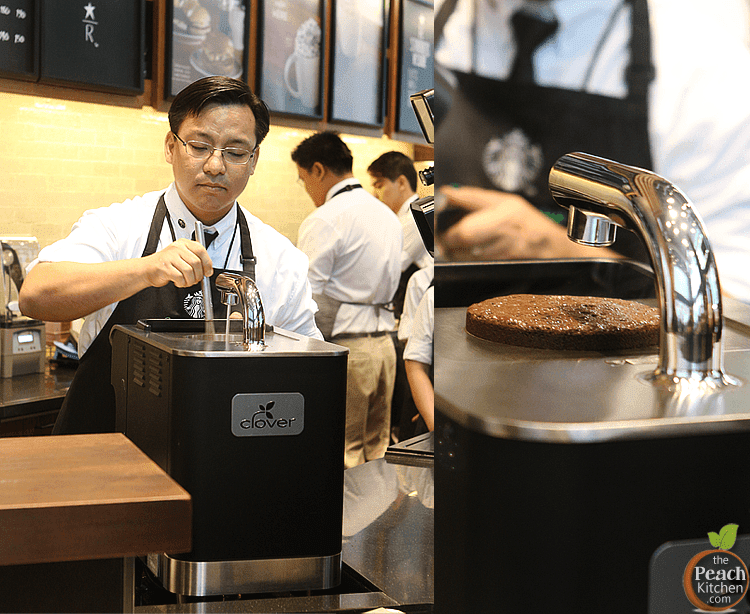 The Clover® Brewing System is a coffee brewing system that uses innovative Vacuum‐Press™ technology to create your cup of coffee right in front of you. You can watch as the stainless steel filter lowers into the brew chamber and then hot water is added at a precise temperature to brew your coffee for an ideal length of time.

It controls brew time and temperature digitally, as even small changes here can dramatically affect the outcome you taste in the cup. A thermal blanket surrounds the brew chamber to keep water within 1 degree Fahrenheit of the ideal temperature. After the coffee brews, it is pulled through a 70‐micron filter. The resulting grounds are pushed out of the top of the machine. The coffee itself flows into your cup – hot, aromatic and amazingly flavorful.

They even grind the coffee beans per order to ensure that they preserve both the aroma and flavor of the brew. It will be the finest cup of coffee you’ve ever tasted! 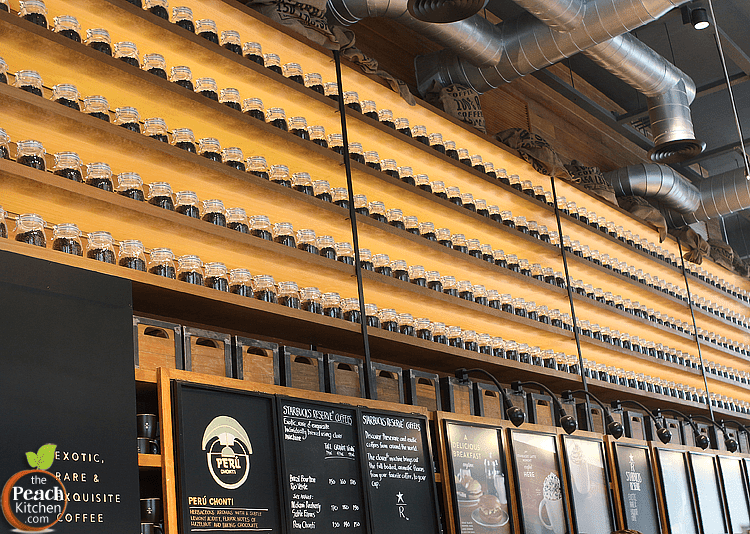 Notice how simple but elegant the store ambience is? I think it’s the prettiest one I’ve seen, so far! Yes, those are big jars of coffee beans way up there. 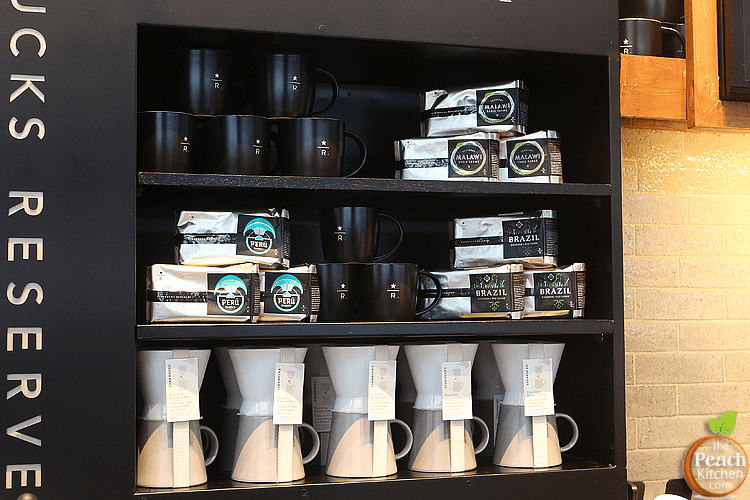 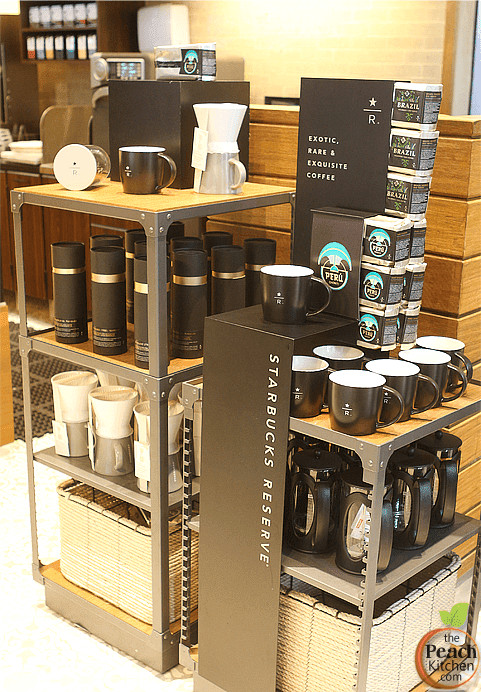 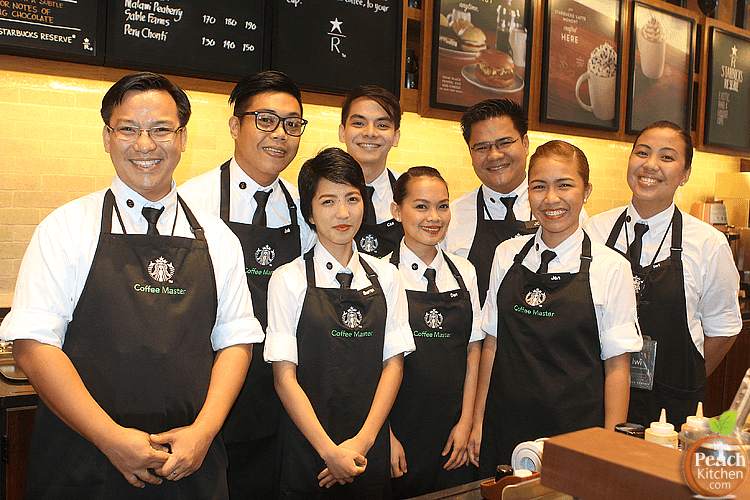 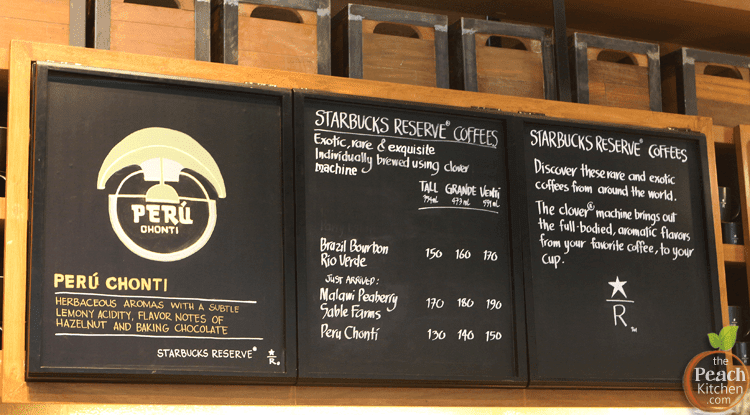 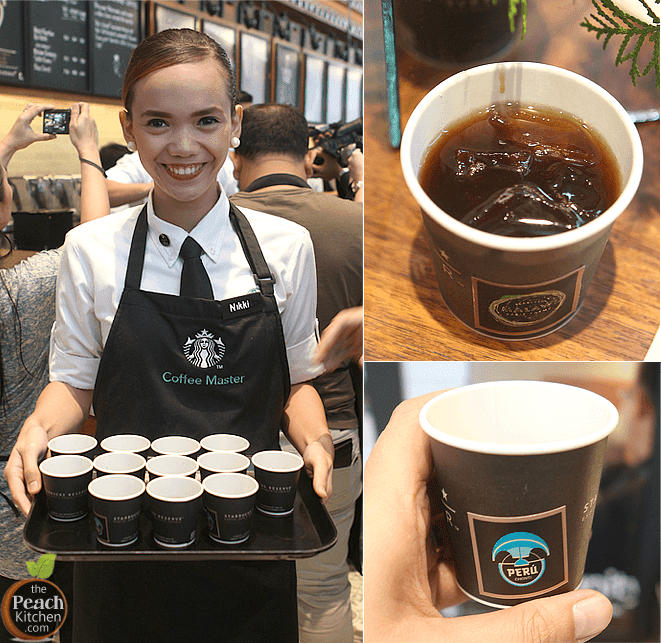 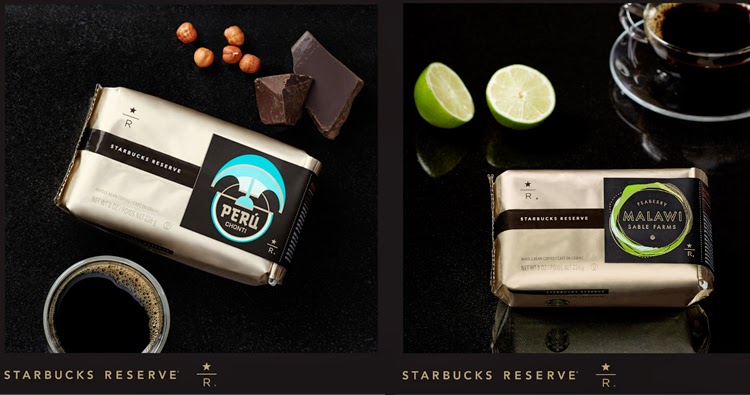 Get to know more about these coffees:

STARBUCKS RESERVE® MALAWI PEABERRY SABLE FARMS is Starbucks’ third single‐origin offering from Malawi, a country with one of the smallest coffee yields in East Africa. It embodies hand‐selected peaberries from three lush parcels of land cultivated by Sable Farms. Peaberries are singular, round beans (less than 10% of a total harvest) formed naturally when one of the two seeds within the coffee cherry fails to develop. Dense and uniform in size, they roast more evenly and are delightful in your cup – delivering deep, concentrated flavors

STARBUCKS RESERVE® PERU CHONTI – Cradled in a languid, steep‐walled valley in northern Peru, the small farms of Aladino Delgado and Wilder Garcia collaborate to produce this exquisitely layered coffee – with flavors that captivated us from the first sip. Delgado, a past supplier of Starbucks Reserve® is also a mentor to other farmers, generously sharing his art with a new generation. Starbucks is proud to support his efforts and delighted to offer Peru Chonti – the culmination of true passion and dedication. 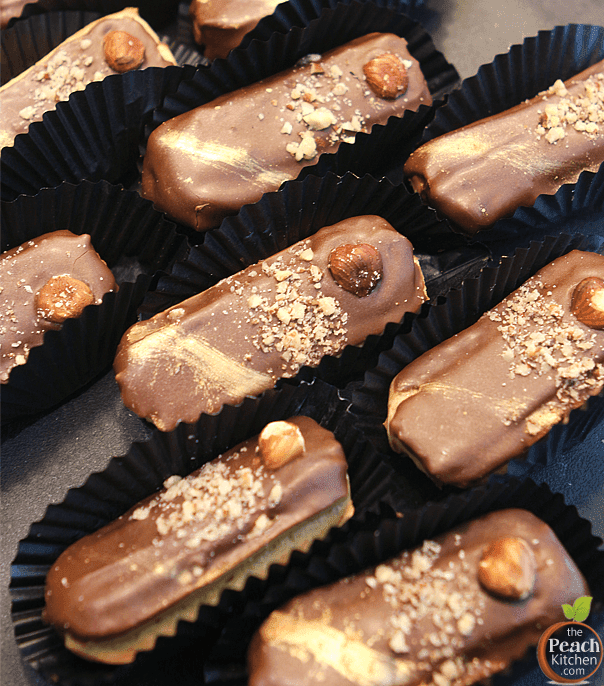 Because I’m a fan of choco-hazelnut combination, I fell in-love with the HAZELNUT PRALINE ÉCLAIR. It is very indulgent as it is filled with creamy and velvety chocolate hazelnut cream custard and it has one whole hazelnut on top. 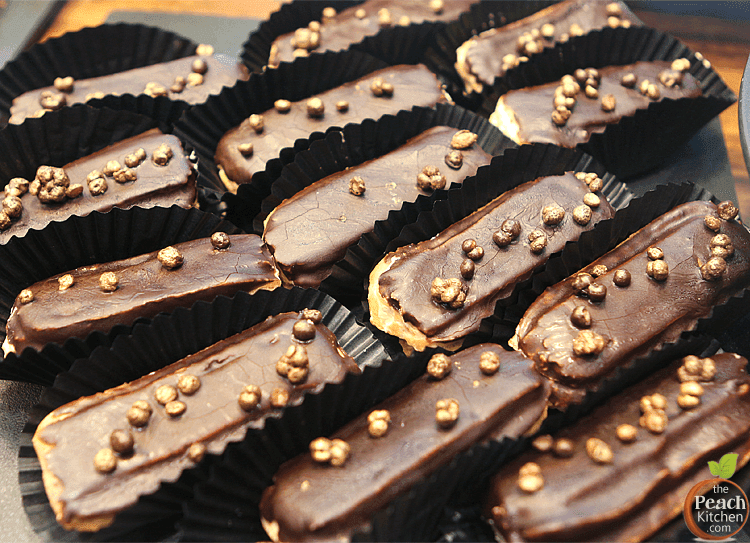 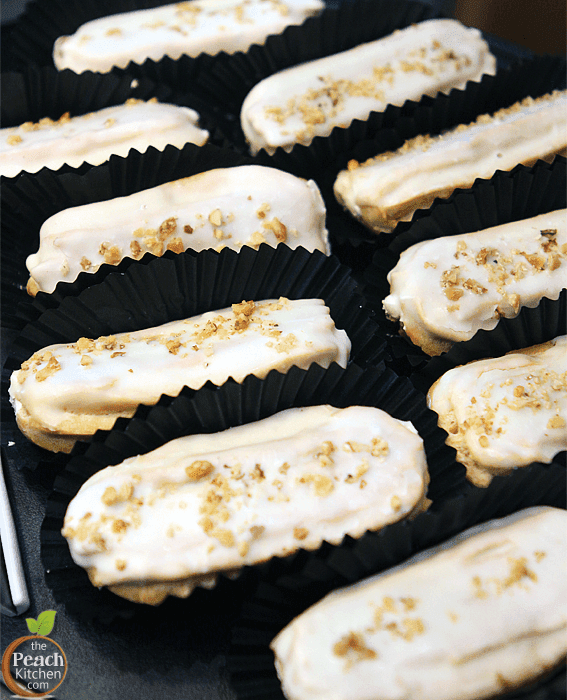 I’m sure peanutbutter♥ will love this WHITE CHOCOLATE VANILLA ÉCLAIR which is a mixture of silky cream custard and vanilla bean – speckled whipped cream in a crisp pastry. 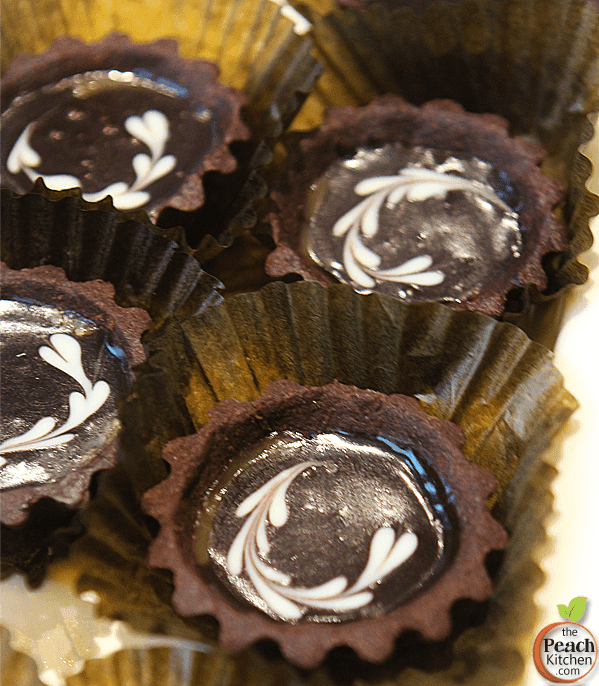 CHOCOLATE CARAMEL TART = Happiness. It’s a decadent chocolate tart shell filled with rich, buttery caramel and topped
with chocolate ganache and white chocolate hearts. Caramel, chocolate, and white chocolate — If these three words doesn’t get you to the nearest Starbucks Reserve store, I don’t know what will. 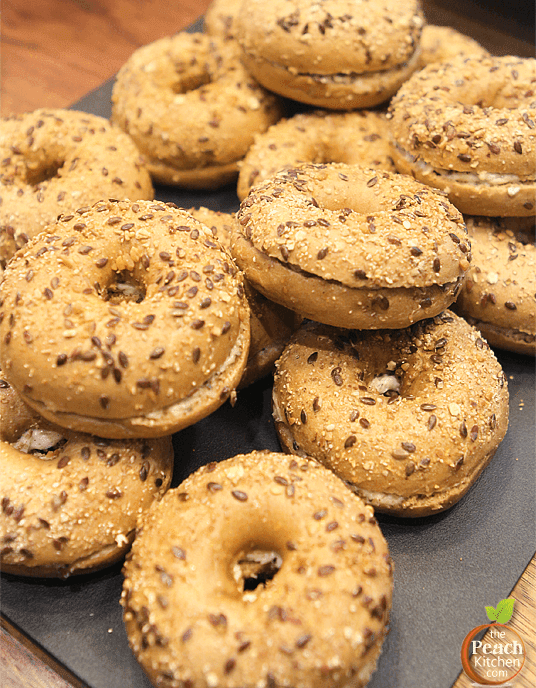 I’ve been loving Starbucks’ Multi-Grain Bagel ever since I first met it but we kinda lost touch for a while. Now that it is filled with über flavorful cream cheese (read: ITALIAN GARLIC CREAM CHEESE ON MULTI‐GRAIN BREAD), I think I’ll be keeping in touch more often. Imagine sinking your teeth into a warm, chewy bagel with delicious decadent flavored cream cheese. The perfect breakfast on the go. 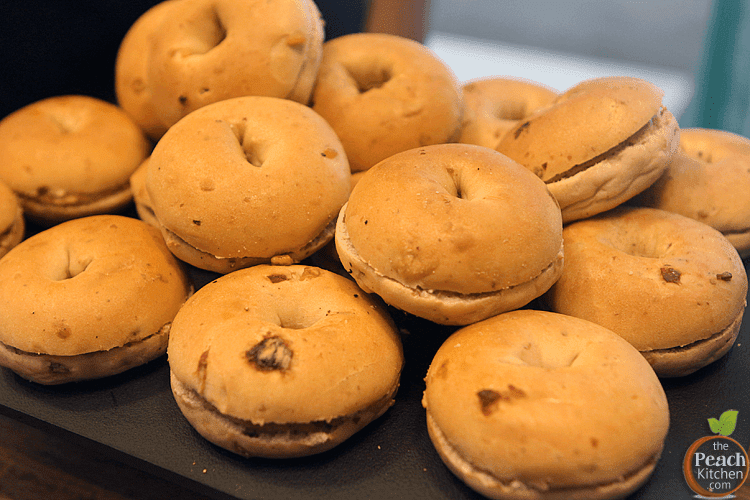 If you’re not a savory bagel person then this CINNAMON CREAM CHEESE ON RAISIN WALNUT BAGEL is more for you. It’s a classic New York style bagel made with raisins and roasted walnuts, smeared with sweet cinnamon cream cheese.

The Starbucks Reserve® coffees and these pastries are available exclusively at five Starbucks stores in the Philippines: