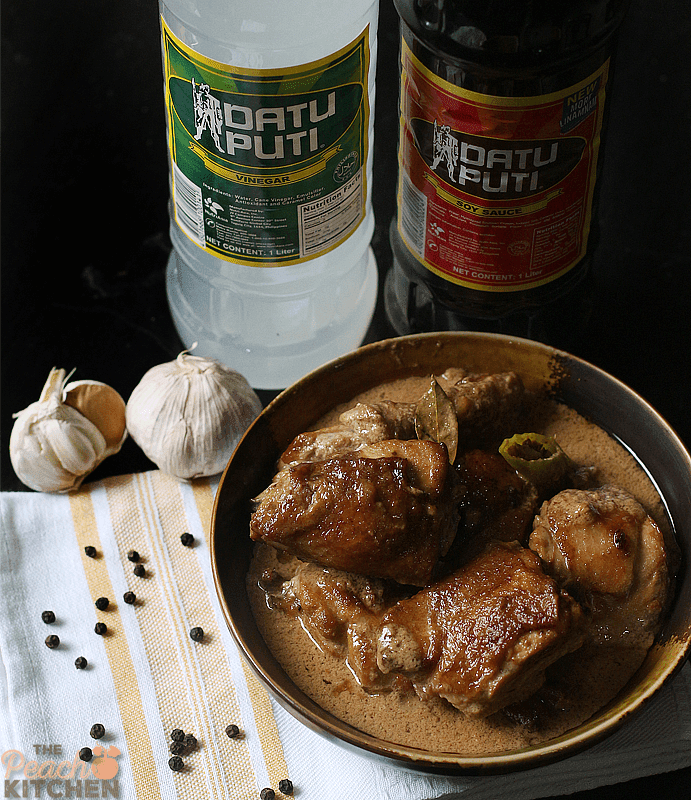 It’s been two weeks after I’ve given birth to little miss Periwinkle Moone, and I couldn’t be bothered doing anything else but look at her and be amazed at this sweet little creature who’s staring back at me with wide doe eyes. She’s sleeping most of the time, so I get giddy everytime she opens her eyes. Ykaie is just the doting sister and peanutbutter♥, a super hands-on daddy who wants to carry her and lull her to sleep all the time. Our family is indeed growing and there are a lot of adjustments — specially when it comes to sleeping! Let me discuss that another time, though.

I decided to make Adobong Manok Sa Gata (Chicken Adobo in Coconut Milk) the other day, when typhoon Egay hit the Philippines. We couldn’t go out of the house and we needed something comforting to eat. I love rich, creamy coconut-y sauces so I figured this would hit home and warm up our tummies. It definitely did not disappoint! and I ate more than what I should’ve. 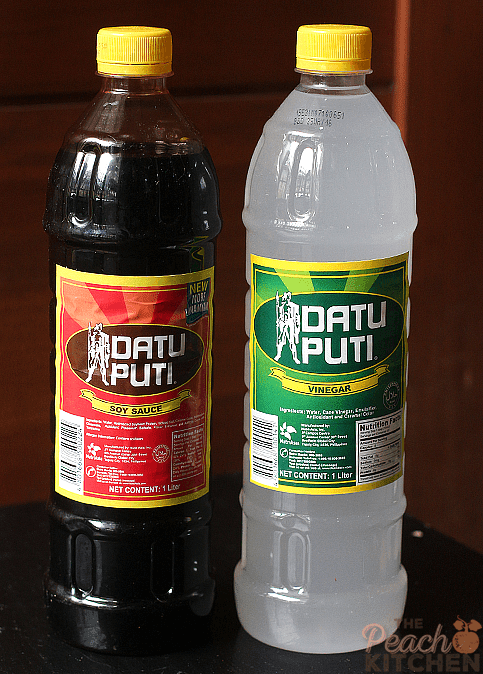 Of course, when cooking Adobo, nothing can beat the combination of Datu Puti Vinegar and Datu Puti Soy Sauce.

Datu Puti has launched The Adobo Movement, it aims to hit at least 500,000 signatures to support House Bill 3926 to officially instate Adobo as the National Dish  of the Philippines. 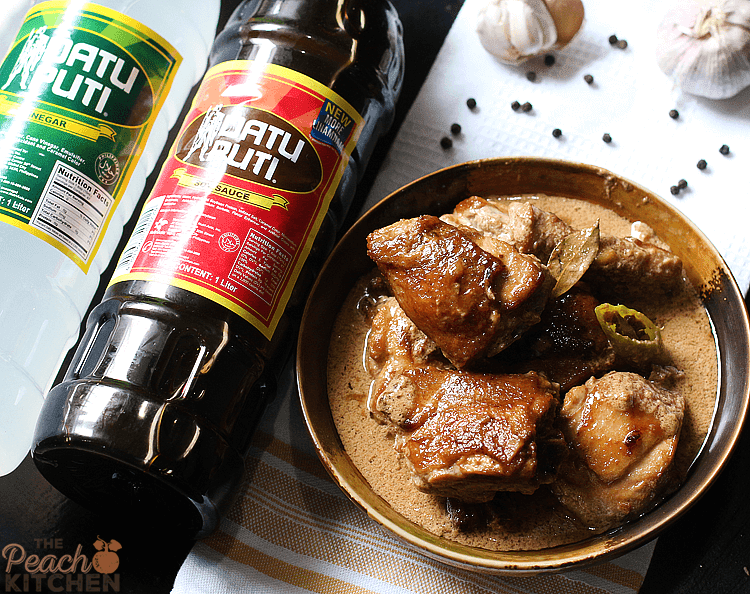 I am fully supporting the Adobo Movement because I think that Adobo has the right to be called our national dish. There are many versions of Adobo in the country, each province has its own. Here at my kitchen, I’ve also prepared many versions and I like each and everyone of them. 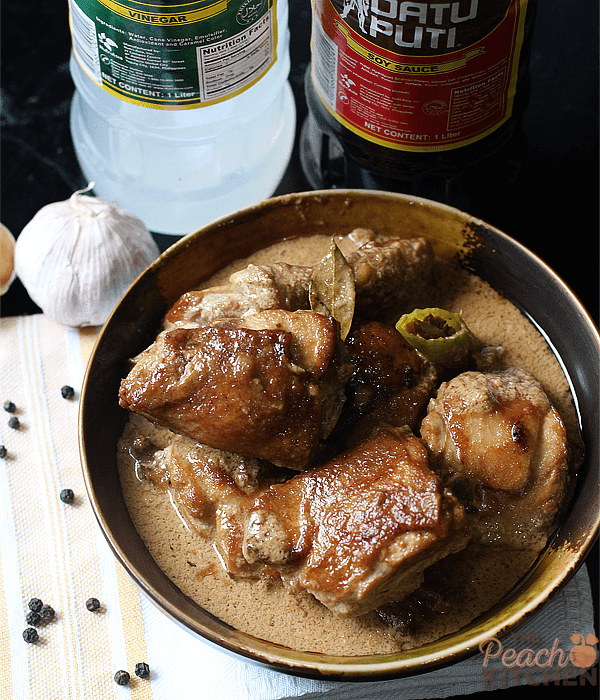 I suppose even YOU have your own version of Adobo. Let’s all unite and be a part of The Adobo Movement. Just log on to www.change.org/organizations/adobomovement.

Print
From Datu Puti Suka't Toyo and as featured in Food Magazine. I just had to remove the red bell pepper and add bay leaf. Adobo is not adobo without bay leaf.
Author: Peachy Adarne
Ingredients
Directions
3.3.3077