You are here: Home / coffee shop / The Coffee Bean and Tea Leaf New Branches For 2016 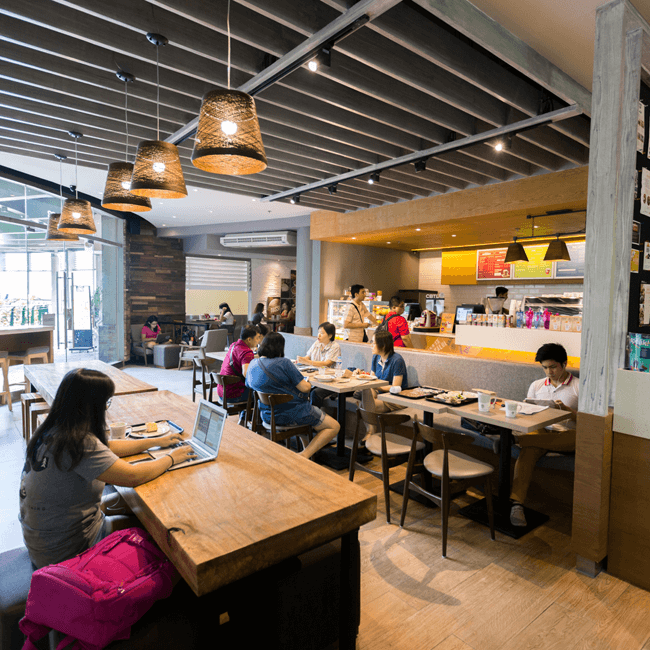 The Coffee Bean & Tea Leaf® only serves the best to its customers. Their quality coffee is sourced from no less than the top 1% of specialty grade A Arabica beans while their quality tea leaves are hand-plucked using only the top two leaves and a bud of each plant. Each bean & tea leaf is selected and prepared with such care that it is no wonder customers always return for their favorite drinks. Among these favorites are the famous Chai Tea Latte and the brand’s original creation: the Original Ice Blended® drink.

In the last 50 years, the brand has grown to up to 1,000 stores in 25 countries and has since made numerous milestones in the Philippines since it opened its first branch at Greenbelt 3 in 2003. Through the years they have launched the CBTL™ Single Serve Beverage System in 2010 and opened the brand’s first restaurant concept, The 26th St. Bistro, and the first CBTL™ Coffee Bar in 2012.

Continuing its growth, in the first 6 months of 2016, the The Coffee Bean & Tea Leaf® has proudly opened six new branches, pouring happy in Circuit Lane and The Enterprise Center in Makati City, Robinsons Galleria in Cebu City, SM MOA Arena Annex (MAAX) in Pasay City, SM Southmall in Las Piñas, and U.P. Town Center in Quezon City. As  of the month of July, the brand has renovated its stores at TriNoma Mall in Quezon City and Ortigas Park in Pasig City.

No doubt, the brand’s expansion may be attributed to the fact that relationships remain at the heart of everything The Coffee Bean & Tea Leaf® does as it partners with organizations such as Habitat for Humanity and REAL Life Foundation through the Caring Cup Global Charity Program, the brand’s Corporate Social Responsibility arm.

The Coffee Bean and Tea Leaf® also reaches out to its customers, through the Swirl Rewards Card program, the Giving Journal, and the Brew Your Best Year community, a home-grown initiative that was launched in 2014, making its local success reach beyond its quality coffee and tea.