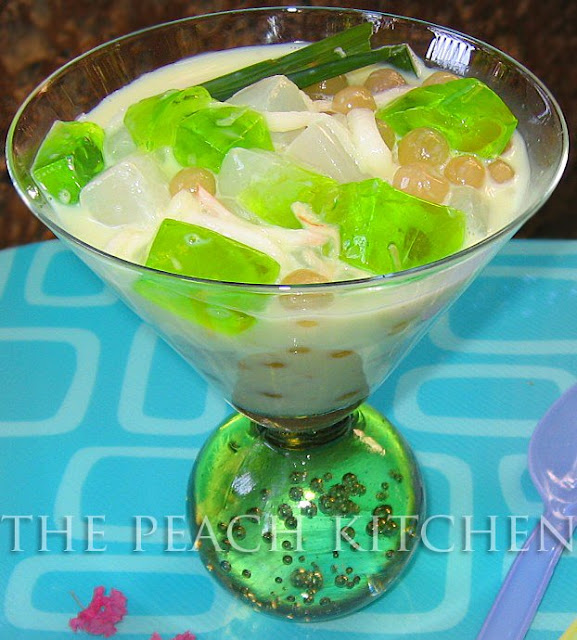 Pandan (Screwpine) is a type of plant that has long leaves and which commonly grows in  the tropical areas of South- East Asia. It is known for it’s sweet and somewhat nutty flavor,making it popular not only in enhancing  dessert but savory food as well.

We used to have a lot of pandan in pots outside the house but I don’t know what happened to them. I guess I’ll need to grow one myself if I’m going to start cooking dishes which requires pandan leaves.

I’ve tasted a lot of  Buco-Pandan Salads but  they all seem to disappoint me. I’ve had problems with either the gelatin being too soft or the salad missing the pandan flavor. Or it may be that the Buco-Pandan Salad just doesn’t quite make it to my tastebuds. So I thought, why not try making one myself? So I did and it was perfect…err—-or at least the best one you’ll ever taste.

This recipe has been in and out to most of our family parties so it’s certified delish. The coconut flavor is enhanced not only by the coconut strips but by the addition of Nata de Coco. 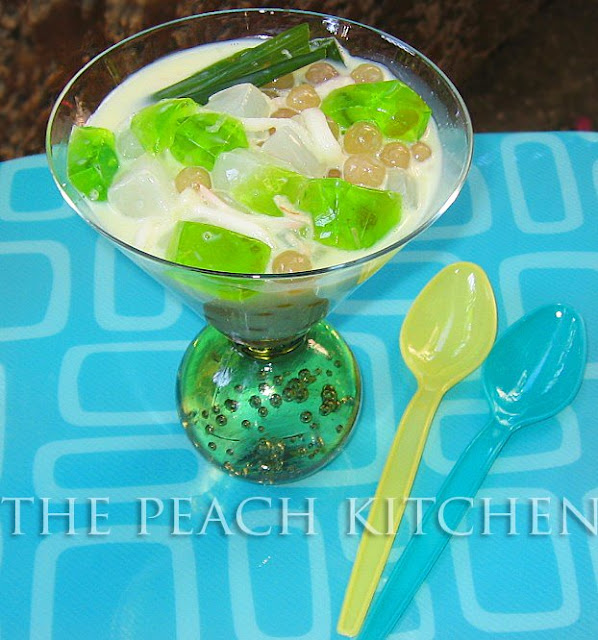 I was eating this at 11pm last night while tending the computer shop..♥♥♥ I was in heaven.