Good God! I got so full during Christmas Eve dinner and the feast that we had on Christmas Day that I felt like I would never eat again until 2013!

I hope you had the best Christmas…

You know, two months ago, I had planned on making quite a few Christmas dishes but I fell in a rut towards early December. I was feeling a little sad because Ykaie and I weren’t celebrating with daddy {peanutbutter♥}.  I guess it’s the season but I had to make something during the most special day of the year… 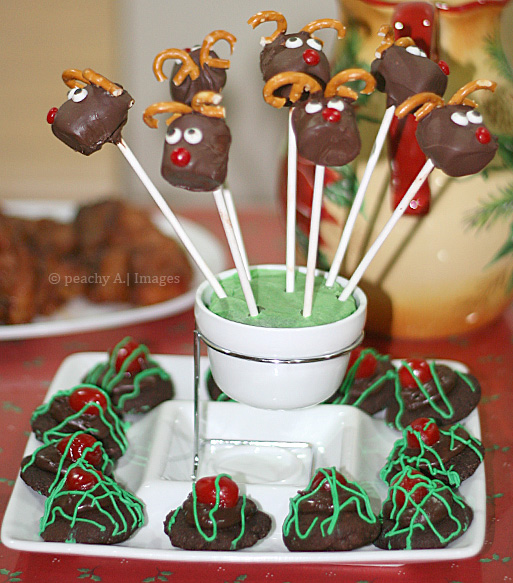 Sis something for the kids but they had to spend Christmas elsewhere. Only Ykaie got to enjoy them. 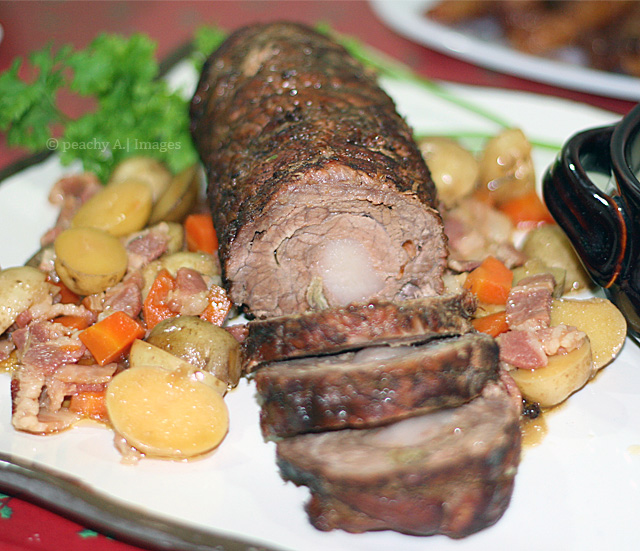 I summoned up enough courage to make Beef Pot Roast without a dutch oven and it worked! Let’s just say that it’s a little dry but the sauce and the gravy made it heavenly.

I have to get myself a dutch oven next year. {Recipe will follow shortly} 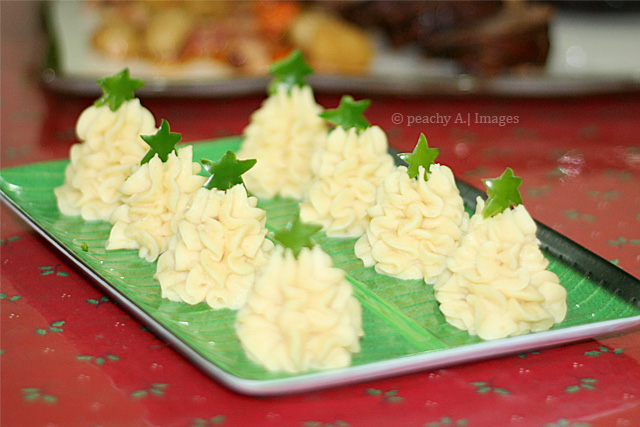 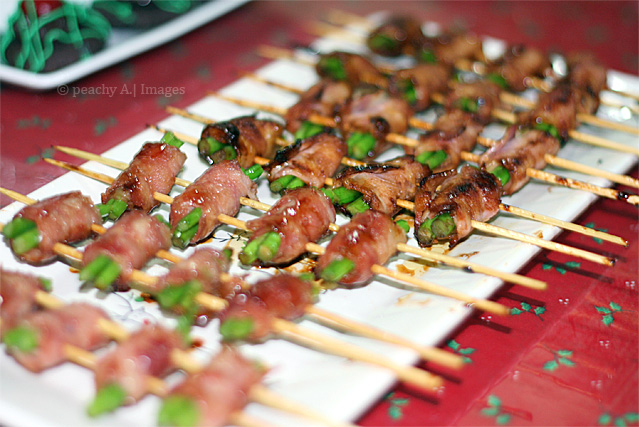 The appetizer of the evening. Sweet, salty and greens!! 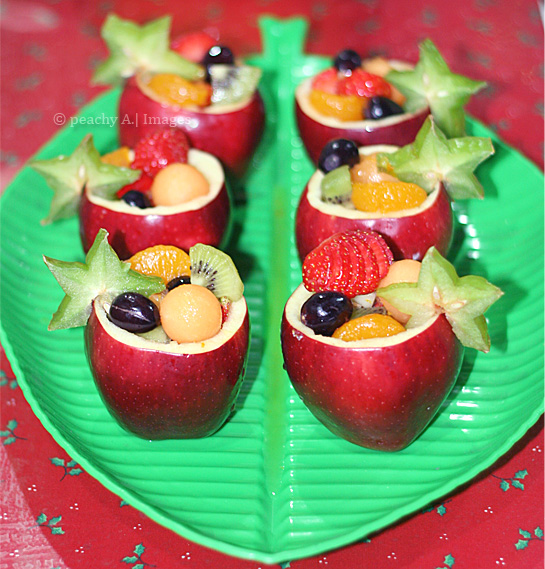 I love fresh fruit salads because they are very light. The perfect meal endings for those nights when you want to sleep right after dinner. 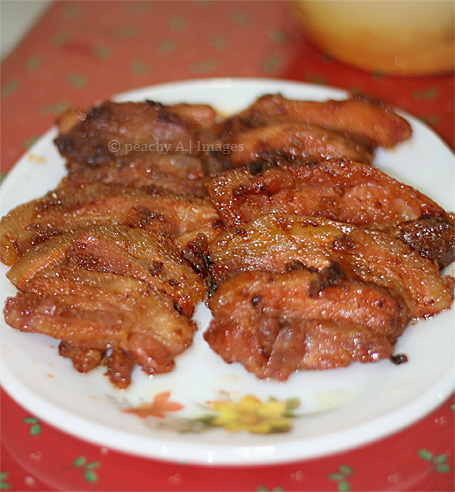 Tita eva made homemade ham which one of my aunts kept on complaining about. It became sort of a hybrid between my favorite tocino and ham. It still tasted delicous, anyway. 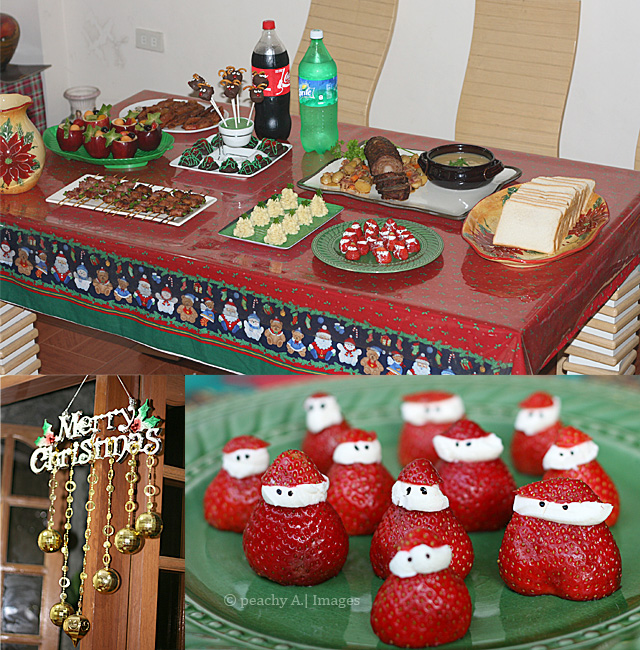 I might’ve been drunk…

My Strawberry Santa didn’t look like Santa because I forgot to put on some whites on top of the “hat”. Will be making these again another time..LOL! 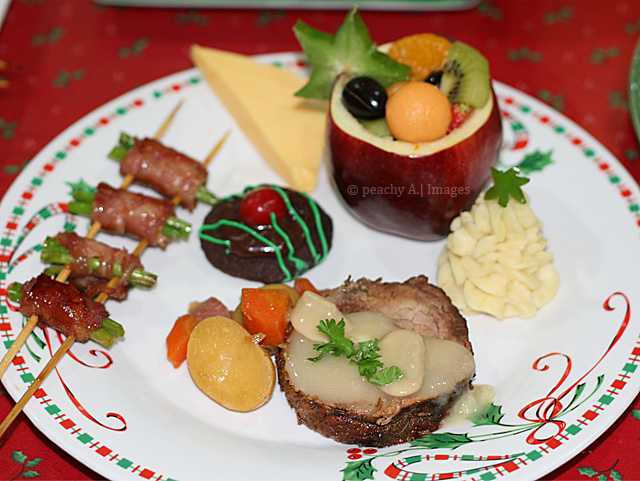 Look at what I had on my plate…. 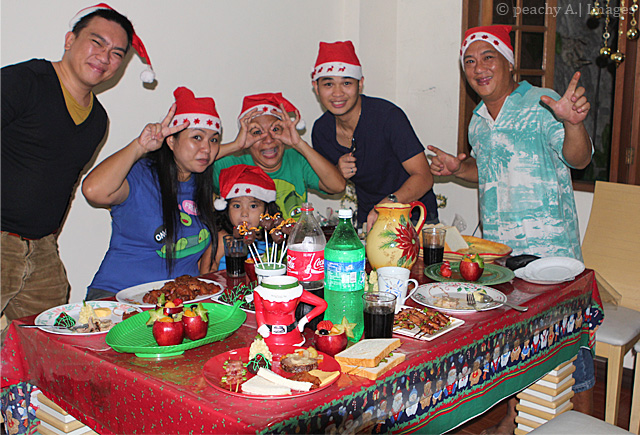