You are here: Home / Food Friday / Ramen Fix at Ajisen Ramen & Some Shopping

Sis has been buying outfit after outfit these past couple weeks and  she’s been going to the mall a little too often. Who wouldn’t? She’s got out of town trips every week and then every month following that.

Yesterday, I went with her and while I was so deep in my mantra that I wasn’t going to buy anything, the spirit gave in to a cute pair of green swimsuit with cover-ups, a pair of denim shorts and a green summer sando for peanutbutter♥ *sigh*. With the way I shopped through the women’s section, you’d think I’m in a treasure hunting game. Speaking of treasure hunting, do you know where to buy a Garmin chirp? I’d like to give one to a friend as a gift. 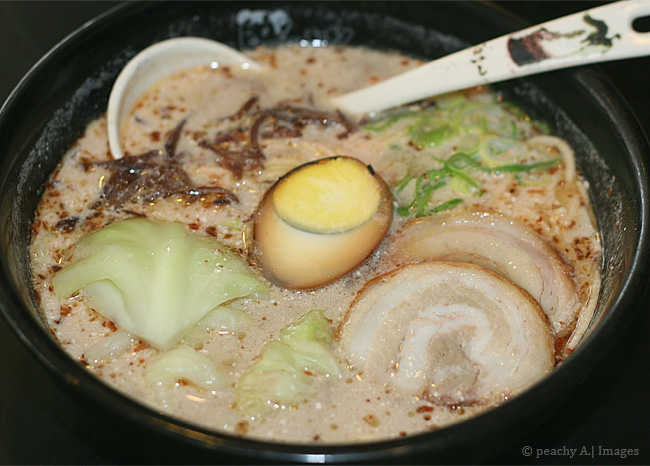 Yesterday was a rainy afternoon. We thought it was time to eat something nice and warm.A big bowl of  Ajisen Ramen {P235} did the trick for us. It’s a tasty bowl of  pork bbq slices, leek, boiled egg, cabbage, and some kind of brown fungus. The soup was really tasty and but what I love most is the texture of the noodles. It was thin but it was like thick udon noodles. 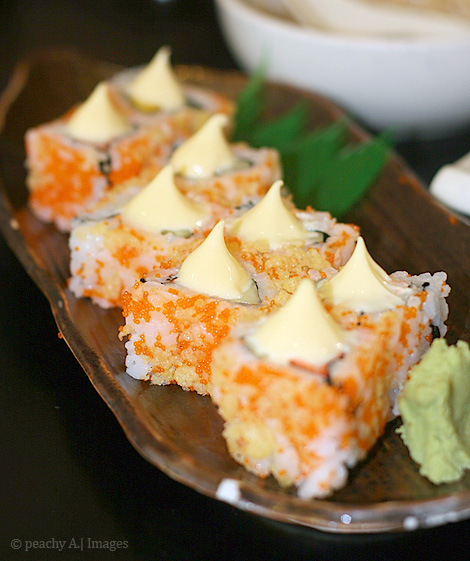 Instead of our usual California Maki, we tried the Crunchy Roll. It was almost the same as california maki except it has cucumber and was crunchy with every bite. 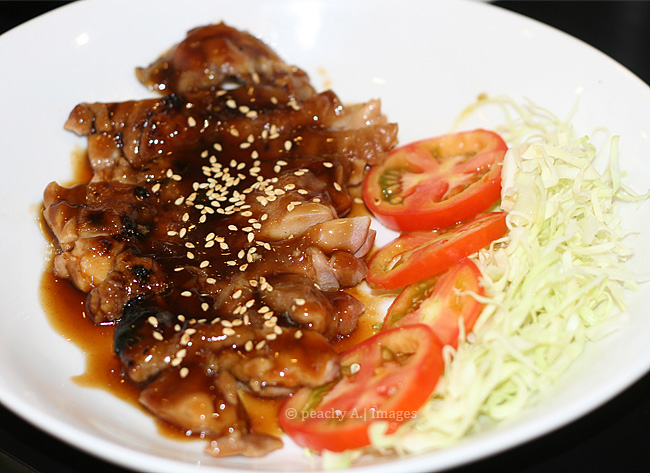 For the kids who likes chicken every meal of the day, Chicken Teriyaki {P155} and Gohan {white rice – P40} filled their tummies. 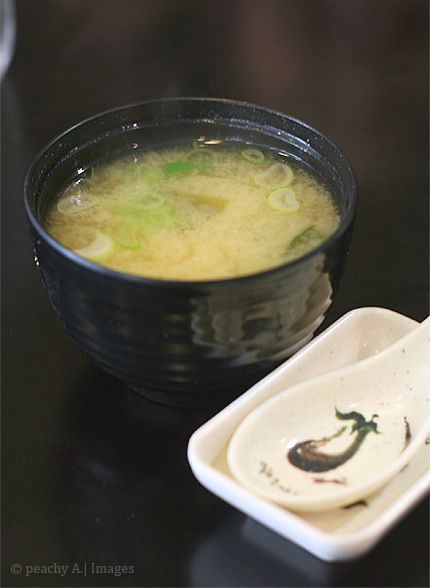 I ordered my favorite Miso Soup {P50} too! Something I need to learn how to cook…. 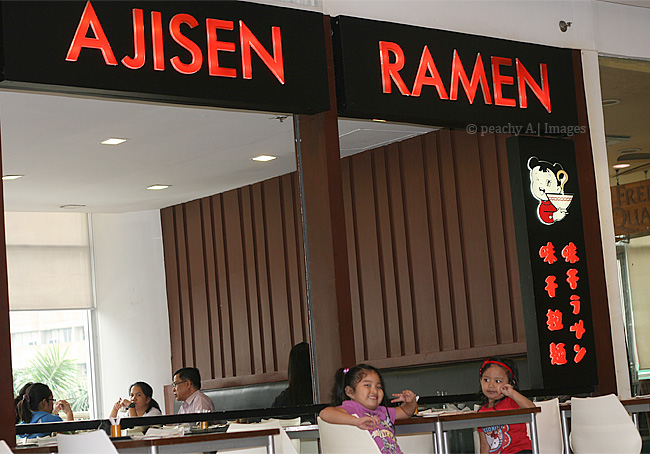