You are here: Home / Bread / Banana Nutella Half French Toast 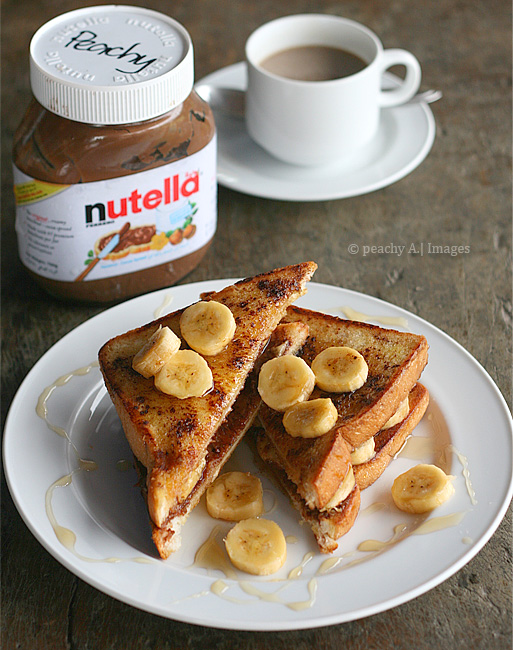 Yup, I can’t deny the fact that that big jar of Nutella is mine….{evil grin}

I know, it has my name written in big black sharpie ink. I have a continuous supply of Nutella from peanutbutter♥ and that’s one of the things that I love about him. He keeps me sane.

I’ve just been on a month-long vacation, a semi-blog hiatus and I just got home from a two-day summer ender in Porta Verde Resort Villas in Caliraya, Laguna.

There’s a major problem: the weighing scale is tipping at 170lbs.

This jar of Nutella has got to go at the back of the fridge…….waaaay back.

Or if possible, it has to be buried with the bag of Jewels chocolate deep down in the chiller where I couldn’t see them.

But before I do that, I have to eat one of my favorite breakfasts….

This is one of the breakfasts that we prepared during our stay in Porta Verde.

However, since sis didn’t wanna bring milk and eggs to the resort, I have to settle for half-french-toasted bread.

It’s just buttered bread, toasted in the pan then sprinkled with cinnamon…

….but with nutella, sliced bananas and a drizzle of maple syrup….

Yes, this is it. My diet starts tomorrow. 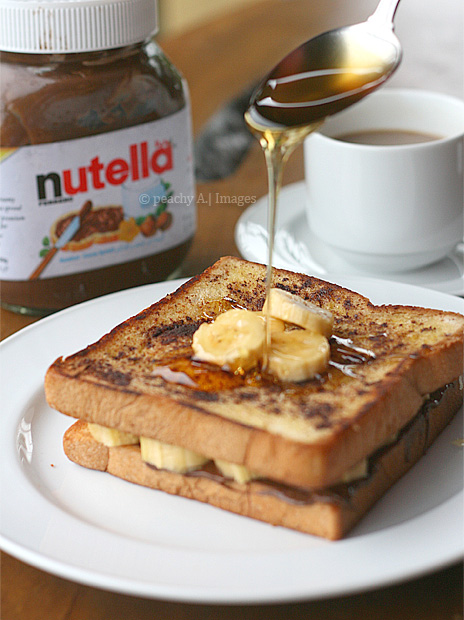 5.0 from 1 reviews
Banana-Nutella Half French Toast