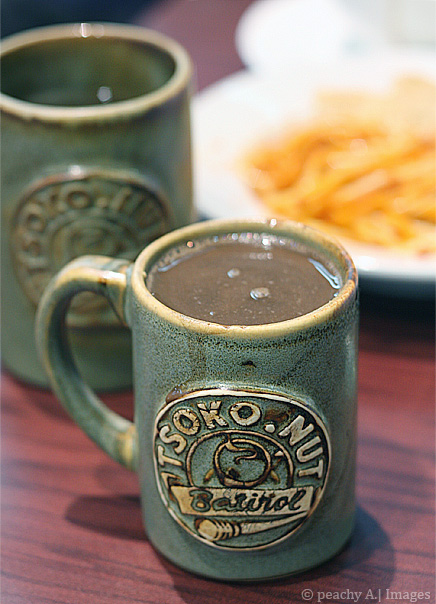 It rains every afternoon in this part of the world… I thought it’s just right to be sipping a cup of good coffee or anything that is steaming, rich and dark. So after window shopping for Maternity Bathing Suits, one which I’m planning to give my pregger friend in the U.S., where it’s currently summer, I asked sis and Rome to meet at Tsoko.Nut Batirol.

Tsoko. Nut Batirol is more like the true blue Pinoy café serving drinks like hot cocoa made of tablea and prepared using the traditional batirol, they also serve Salabat {Ginger Tea}, and Kape Barako. Surprisingly, they also serve those hot chocolates with peanut, cashew, and pinipig… I don’t know how in the world did I miss these drinks when I see this café all the time.

Instead of coffee, I ordered a cup of the Salabat and it didn’t fail to shock me with the heat and intensity of fresh ginger boiled in water for a long period of time. While sis, ordered the Tsokolate with Mani. Scooping out the peanut paste at the bottom of the mug was like finding sunken treasure in an ocean of chocolate. What it did to the hot chocolate was heighten what was already a rich cup. 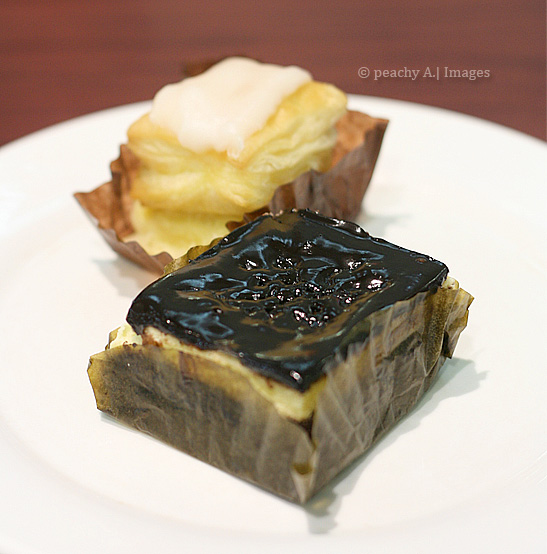 I wasn’t able to try the Napoleones as I was busy taking in this velvety, tart cheesecake married to dark chocolatey brownie. It was a delight to the tongue. 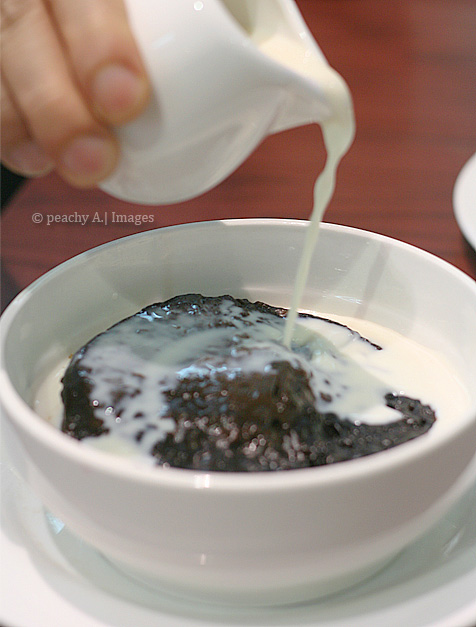 The Champorado was served like “a dark Blob” in a bowl but don’t let that fool you, once mixed with milk and churned into it’s natural porridge state, it’s gonna rock your world with it’s richness. It is pure, sublime chocolate. How much chocolate did they put in there to make it taste that way? I make a mean champorado but this……..this is meaner. 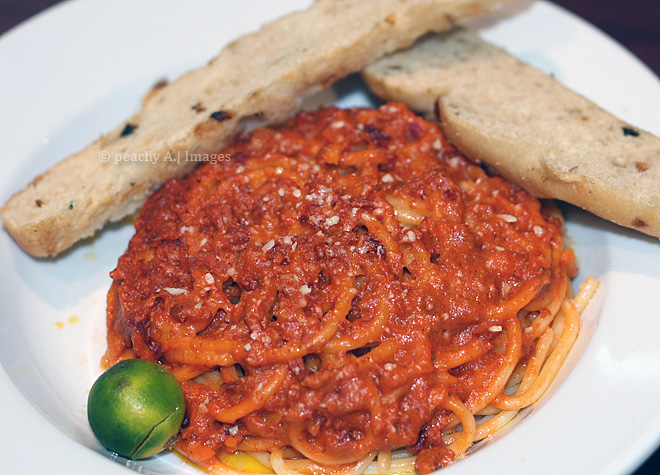 As if I didn’t have enough fats and cholesterol in my body, we order the Spaghetti Aligue. It was a feast in itself as  you could savor the married flavors of butter, garlic and pure crab fat rounded out with a citrusy note from the calamansi juice you squeezed out and mixed in it. 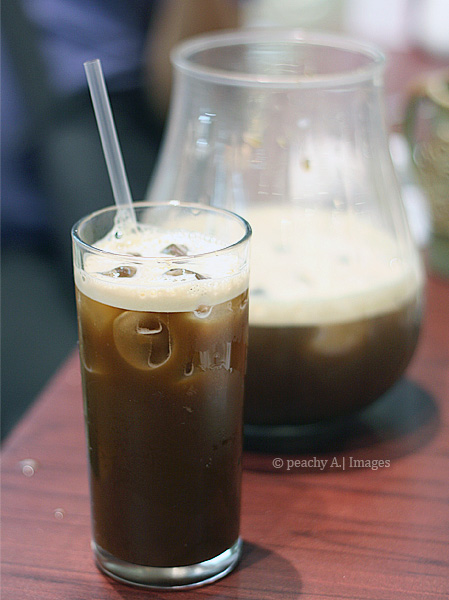 Ah, another surprising thing about Tsoko. Nut is the beverage that they offer. They have Dalandan-Salabat Twist and Guava-Dalandan Soda but what I was most interested in is the Sampaloc Swing. This is brought about by the Tamarind Shake I had at Mango Tree Bistro a couple of months ago.

This is a mixture of natural tamarind pureé and black tea…. you won’t know what hit you upon drinking. It’s light, refreshing and palate cleansing. Getting you ready for that next spoonful of cake, or champorado or pasta. 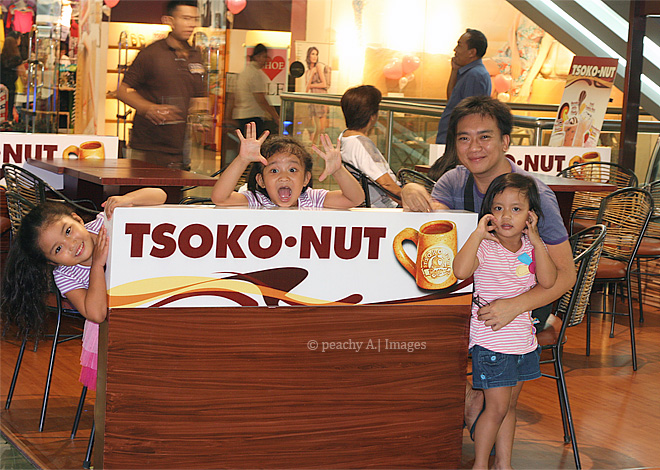 I will definitely be back. I’ve yet to try the Malunggay Pesto Pasta and the Dalandan-Salabat Twist.

It’s quite an amazing night……

This post was inspired by Harvey Specter….I don’t know why. Its just is.

Amazing Cones, Pizza in a Cone 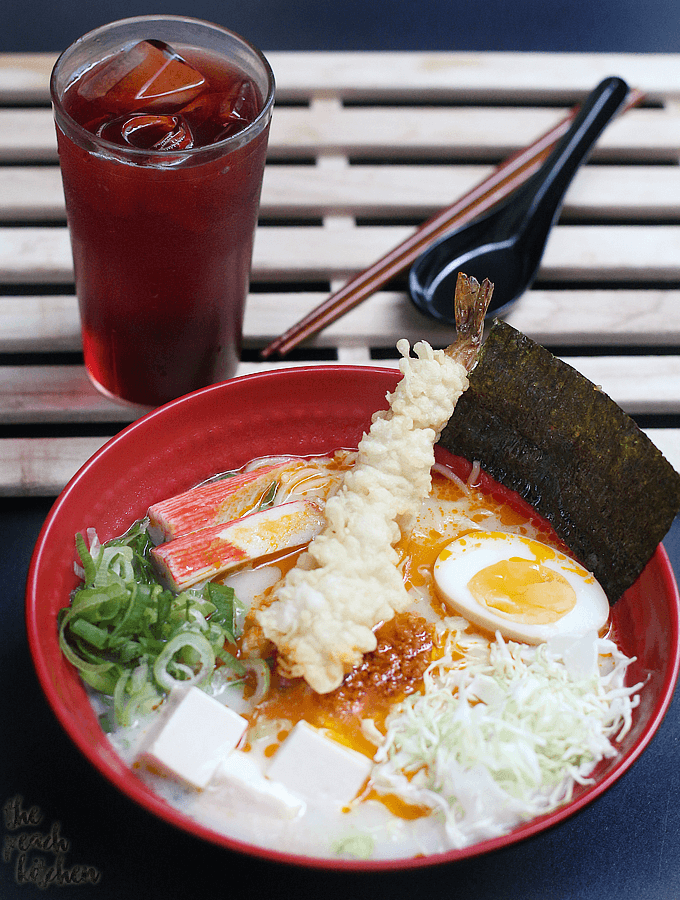 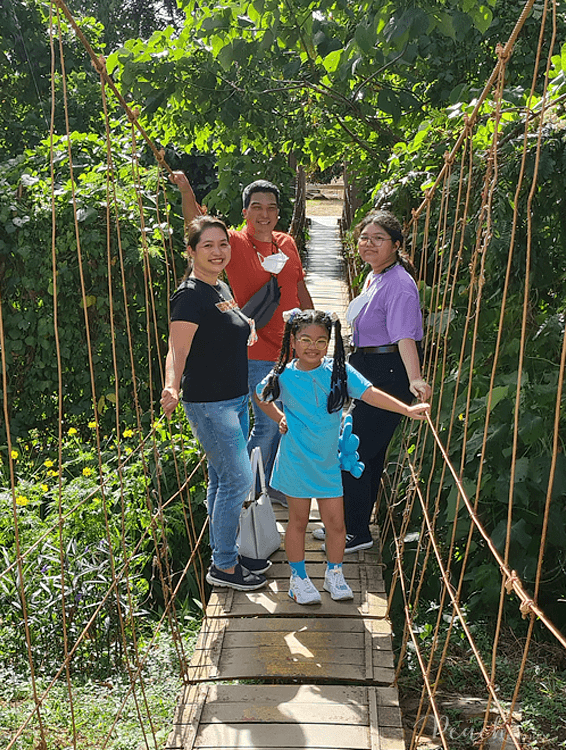 The Old Grove Farmstead (My Birthday)