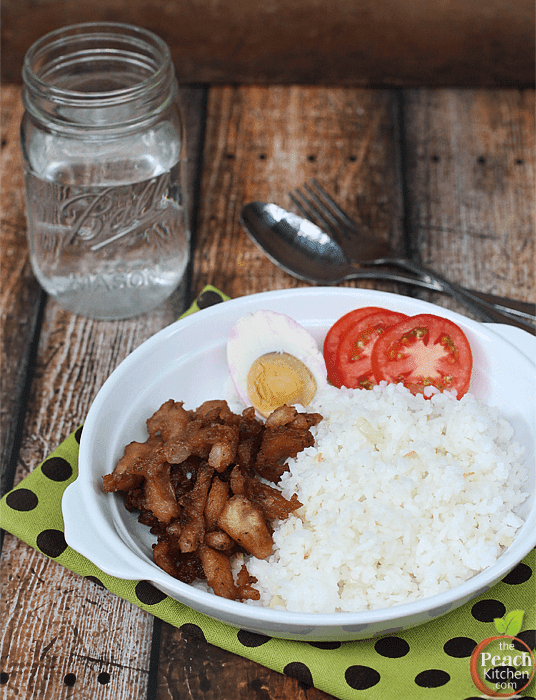 Croc Tapa, Garlic Rice and a side of Salted Egg and Tomato

Believe me, there was a shock factor when I first thought about trying crocodile meat for the first time. But it quickly wore off as my adventurous palate got the best of me. peanutbutter♥ and I bought Croc Tapa and Croc Sisig to try at home. 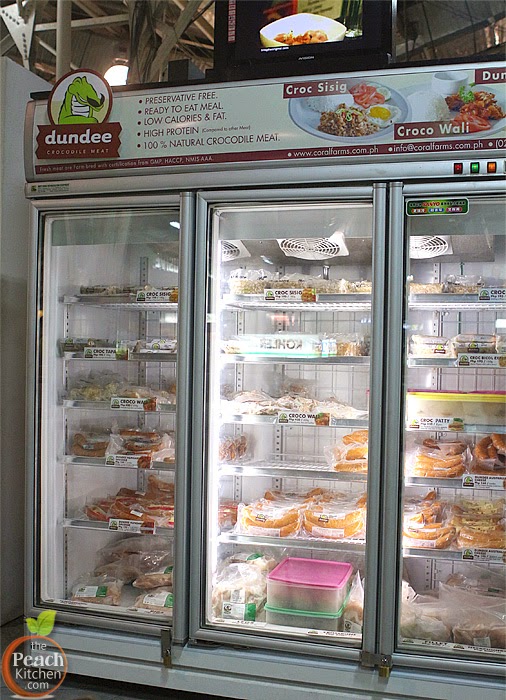 I’m sure you’re all wondering where I was able to buy these Crocodile dishes. Well, I was very surprised to find it inside Wilcon Builder’s Depot in Balintawak. As you all know, our house is going to be finished soon. We had to buy some of the things that we like to put in our house that’s not included in the construction like the towel bar, curtain rods, and mirrors. For those needs we either go to Home Depot or Wilcon. That’s how we stumbled upon this big Dundee freezer full of different crocodile dishes and their small cafe serving Croc Arrabbiata among other things. 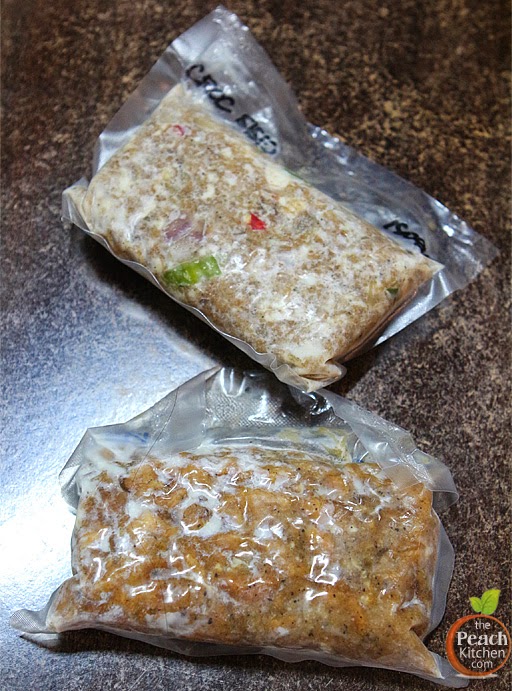 We bought Croc Tapa and Croc Sisig. Each bag weighs 180g and costs ₱195. At first, I was reluctant to try it but I finally gave in when I smelled it being cooked in the cafe. What I thought at that instant: “If it tastes as good as it smells then why the heck not try it.”

I’ve read that crocodile meat is a healthy alternative because it is white meat, has less fat, and less cholesterol. 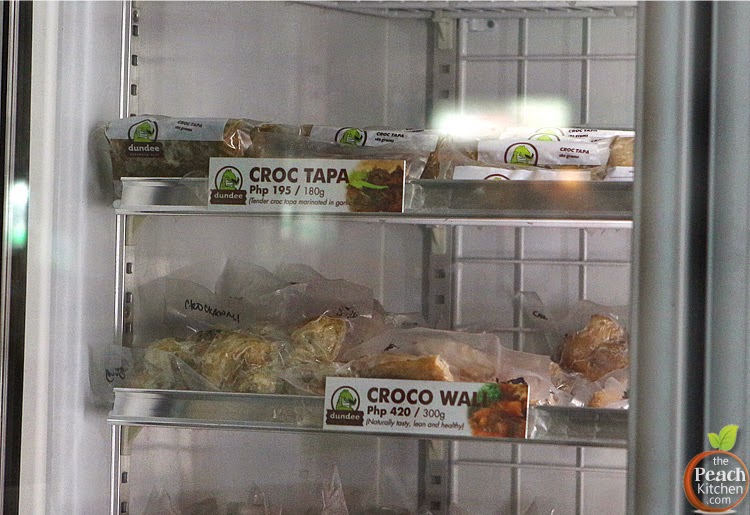 Aside from the Croc Tapa and Croc Sisig, they also have other dishes like the Croco Wali, which I think is their version of Lechon Kawali. 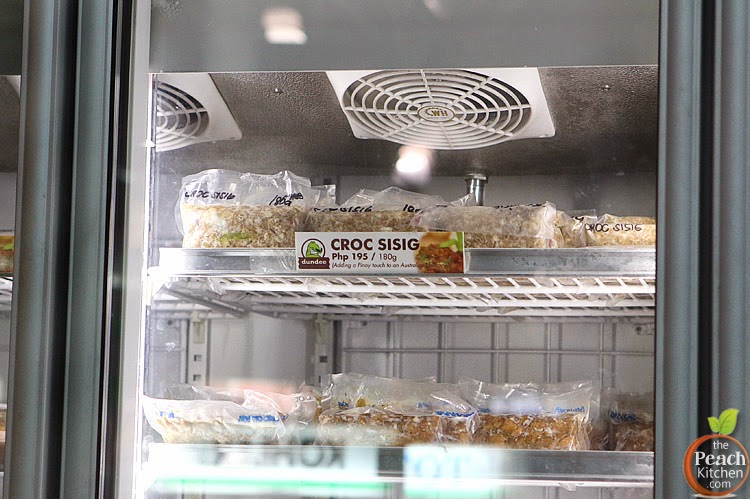 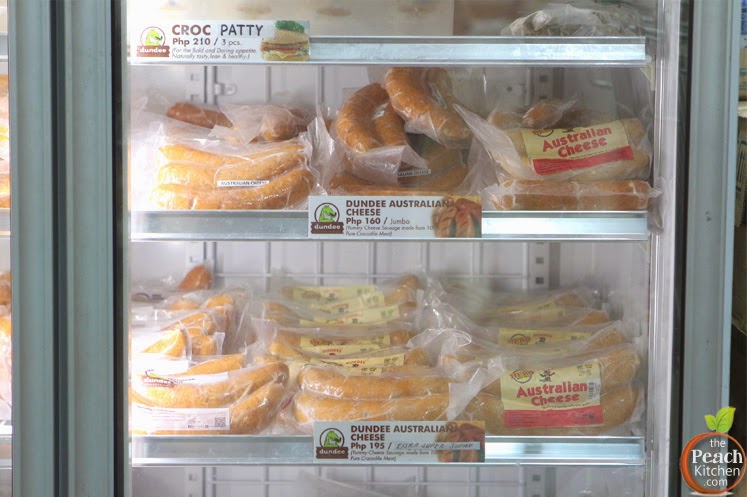 They also have Croc Patty and Croc Sausages… 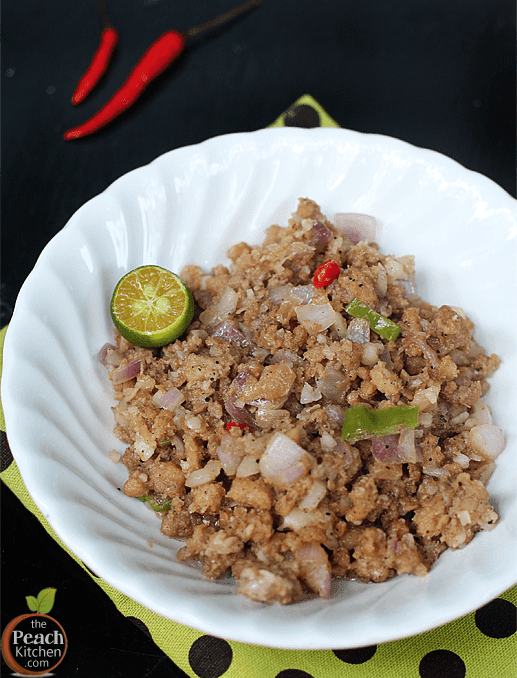 Even if crocodile meat is white meat, it can be tough to cook if you don’t know how to cook it. Good thing, the croc meat they sell at Dundee is already cooked and well seasoned. We were told that it can be reheated in the microwave but I refried the Croc Tapa and sautéed the Croc Sisig in chopped garlic and onions.

It did taste a bit like chicken but knowing you’re chewing on croc meat gives it a character of its own. ER… or maybe it’s psychological. LOL!

Both the Croc Tapa and Croc Sisig are well seasoned. The tapa paired really well with garlic rice, salted egg and tomato for a hearty breakfast. The sisig was a bit spicy, though. It went well with steamed rice and a side of chopsuey for lunch.