You are here: Home / restaurants / Baguio Eats: Cafe By The Ruins 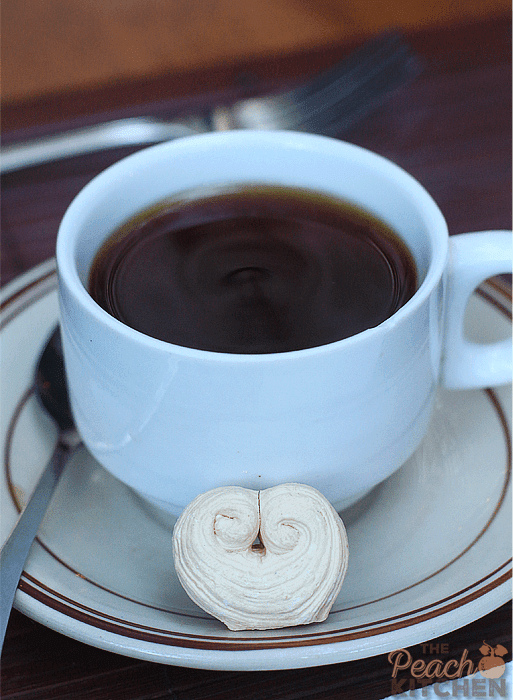 Cafe By The Ruins has earned a really good reputation in Baguio that you simply don’t leave the City of Pines without dropping by the restaurant.

We initially planned to have dinner there when we were in Baguio last week but was surprised to see a long line of customers outside waiting to be seated at around 7pm. When I asked the staff if we could have a reservation, I was informed that reservations were already closed. Because of that we were so early the next day for breakfast that we were the first customers…LOL! 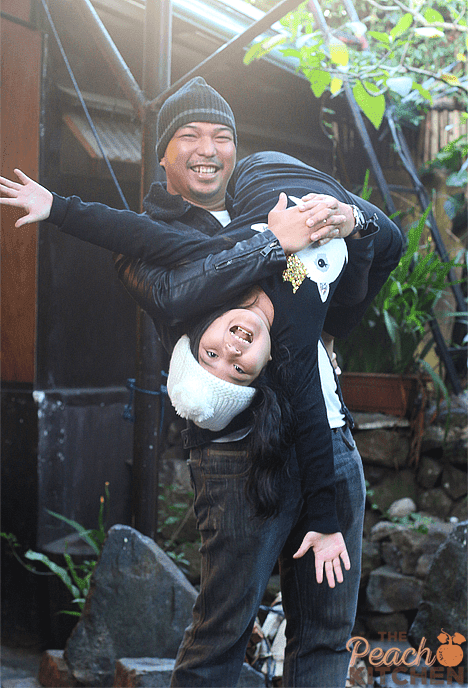 daddy and Ykaie in their signature pose

Cafe By The Ruins interiors were very homey. Tour your eyes around and you’ll see mostly wood and stone…two of my favorite natural materials in the world. We seated ourselves al fresco so I wasn’t able to see what was inside the restaurant. 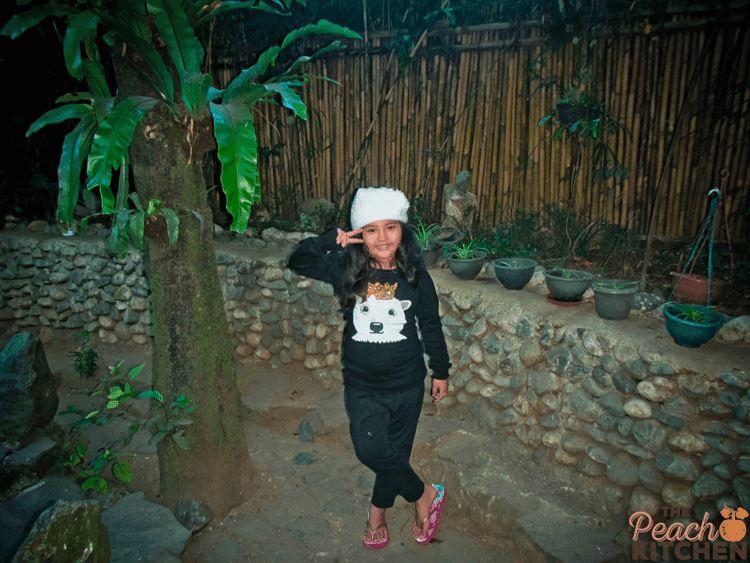 …. and we continuously took photos too..LOL! The only time we sat down was when the food was served. We ordered this Foccacia Bread served with Kesong Puti and Basil (₱85) for sharing. The bread was chewy and tasted primarily with rosemary and garlic. The kesong puti is just how I like it — not salty at all. Just plain cheese. 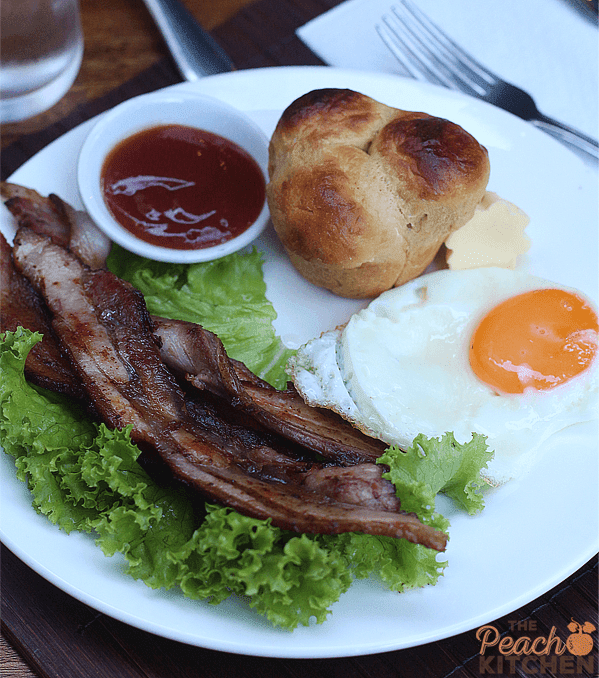 peanutbutter♥ had the Farmer’s Morning Feast (₱245)  because he wanted bacon and eggs and pandesal. We saw some pandesal the night before and he wanted to try their version. When it was served, Ernie’s Kamote Bread accompanied the thick Slices of homecured bacon and sunny side up egg. He liked it it though, and said the Kamote bread was really good. This meal was served with coffee and a small bowl of fresh fruits in syrup. 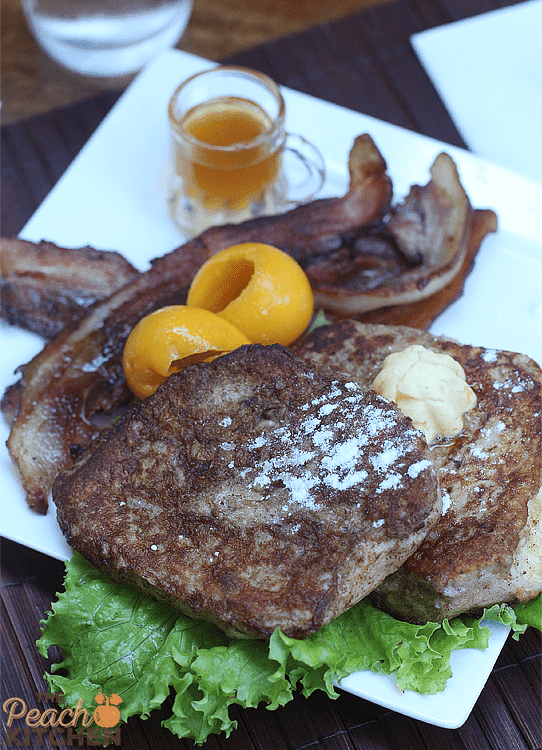 I was craving french toast so I ordered the Cafe French Toast (₱300). It includes two pieces of  brioche soaked in milk and egg and then fried in butter. It was served topped with butter and with honey and bacon on the side. It was also served with a cup of coffee and a small bowl of fresh fruits in syrup. A full meal indeed! I find the french toast a bit on the soggy side, though. 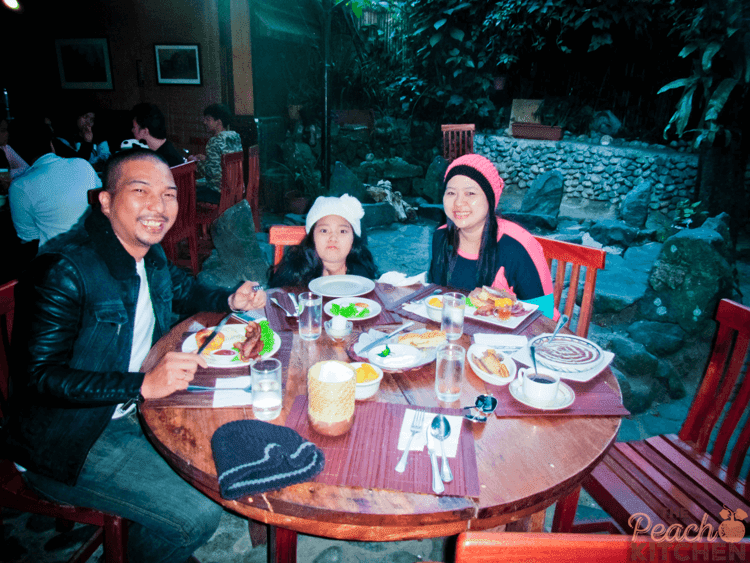 Since Ykaie already had pancakes at McDonald’s earlier, we just shared my plate of french toast. She was just after my bacon, really… 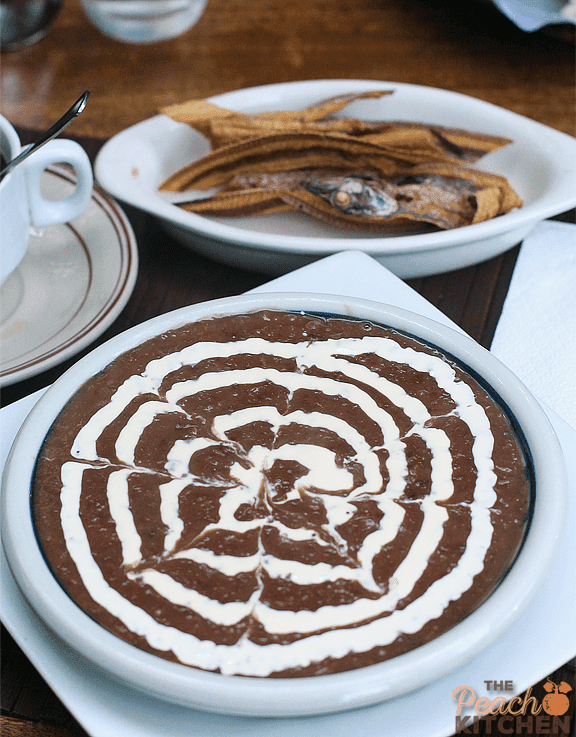 Sis had Champorado (₱110) that’s made with tablea and served with crispy boneless fried fish. I think it was served gorgeously. What do you think? 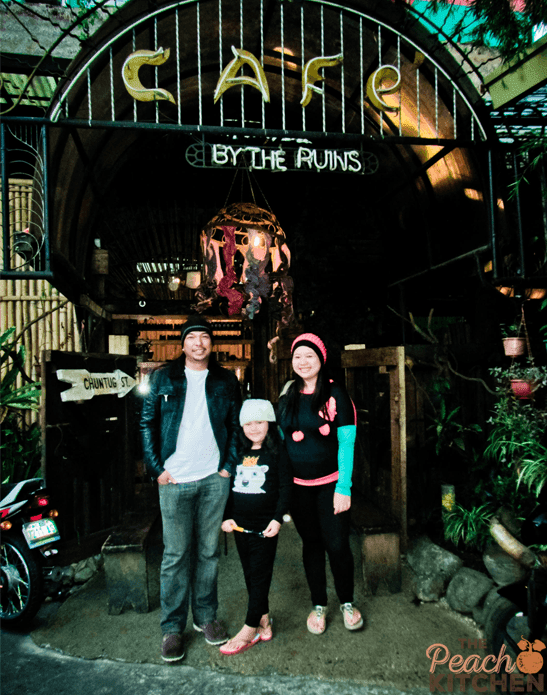 Cafe By The Ruins is located at 25 Shuntug Street, Baguio City.