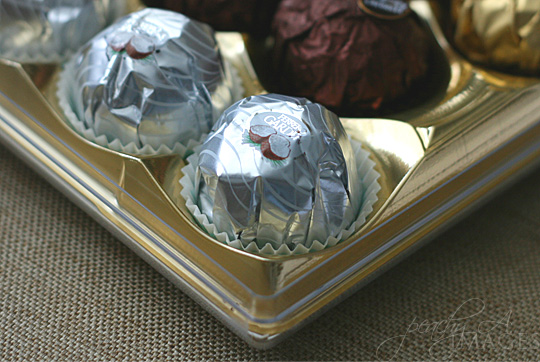 If I’m chocolate, I would probably marry Ferrero Rocher. I fell crazy in love♥ with it the first time I tasted it.

Then a few months ago, I met Rafaello. Rafaello is  Ferrero’s Almond Coconut confection that is soooo addicting I ate a box of it in one sitting.

Then later, I discovered that there’s more Ferrero chocolate flavors than I know. I found out that there’s Ferrero Garden Coconut. I searched every grocery store, chocolate store and specialty shop but I couldn’t find any. 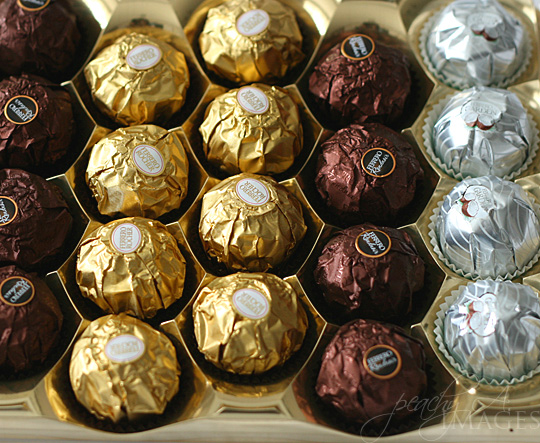 Good thing it is  available where peanutbutter♥ works so I asked him to bring some home for me. What’s better is that Ferrero Garden Coconut comes in a collection together with Ferrero Rocher and Ferrero Rondnoir. peanutbutter♥ had to buy me the whole box! Yay! 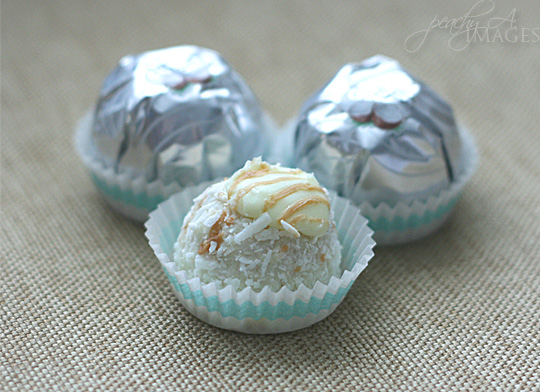 Are you wondering how different it is from Rafaello? Well, Rafaello is half an almond, surrounded by meringue and milk cream, encased in coconut wafer and coated with coconut flakes while Ferrero Garden Coconut is basically the same thing, half an almond, but it is surrounded by coconut cream, encased in wafer and coated with coconut flakes. It is also topped with white chocolate icing cap.

Gosh… and I just found out that there are more flavors out there in ferrero garden…there’s almond, pistachio, strawberry and hazelnut. Can’t wait to try them all….

Thank you so much @lactum3 for this #SalamatLACTUM