You are here: Home / restaurants / Binulo Restaurant ~ A Haven of Capampangan Cuisine

Whenever I make a post about a restaurant or a certain place which I feel I must share to the public, I feel that I always end up posting too many photos….

Well, as they say, a picture says a thousand words……And if I have fifteen (15) photos in this post, then, I’m telling you all about this restaurant in 15,000 words.

Don’t miss this spot when you pass by Clark Freeport Zone one of these days. 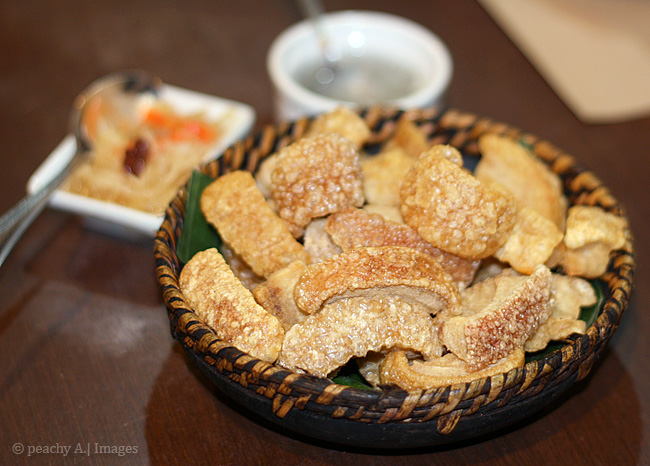 Look at this, my description won’t justify what I was describing if I used words alone. Now I think one of those pork rinds is calling me and asking me to go back to Binulo. 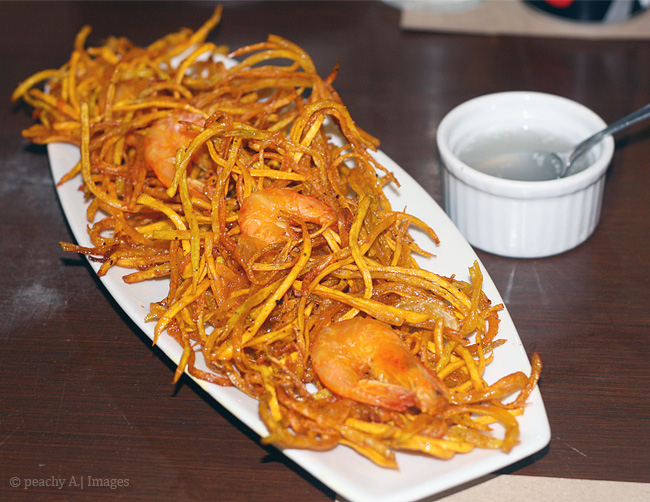 Crispy Shrimp and Papaya Fritters. The Okoy that I was used to, uses bean sprouts…papaya is a great alternative. 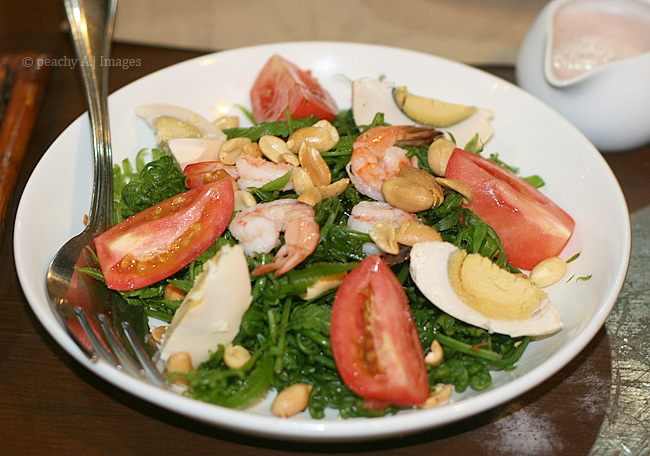 The dressing for Pako Salad is usually just calamansi or vinegar. I think Binulo’s dressing is yogurt-based.Tangy, sweet and thick that it clinks to each fiddlehead fern leaf, making the salad more flavorful in each bite. 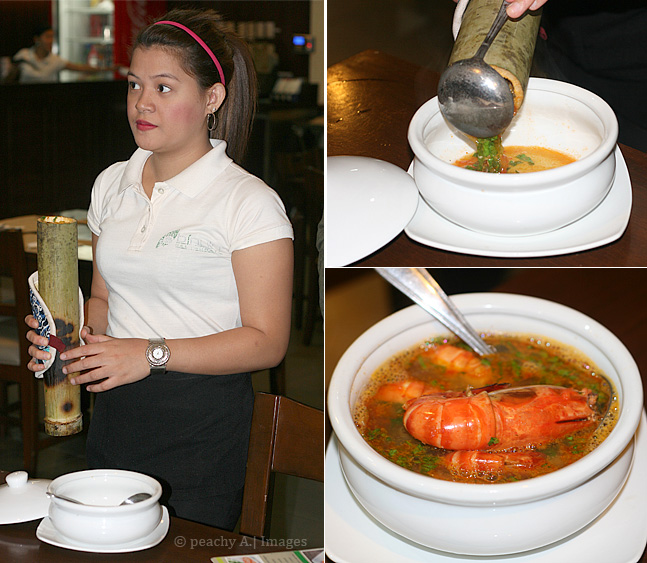 The restaurant got its name from serving dishes cooked in a “bulo” or a hard portion of a bamboo.

I think this is Pangat na Sugpo {P270}, Prawns in sour broth, cooked and served in a “bulo”. 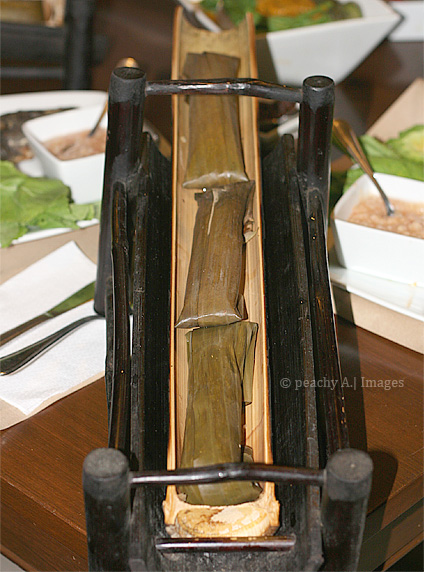 Even their rice is cooked in bamboo. It is also wrapped in banana leaves, making it fragrant. 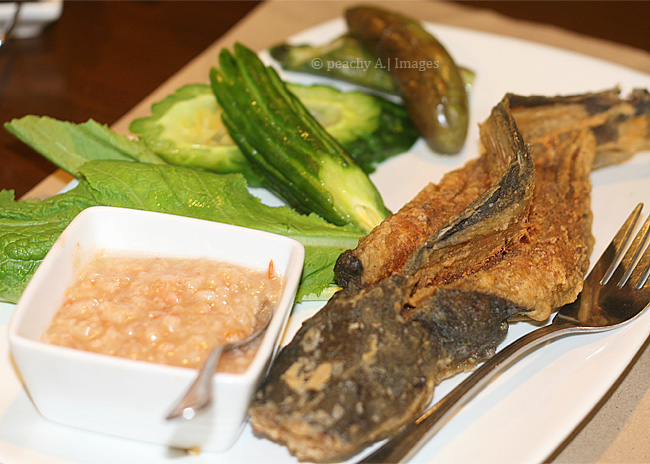 Speaking of rice, their butterflied catfish is served with steamed vegetables, fresh mustard leaves and the dreaded Burong Isda {Fermented Rice and salted Fish}, which I never eat —-EVER! I don’t like the taste and the smell of this Capampangan delicacy. 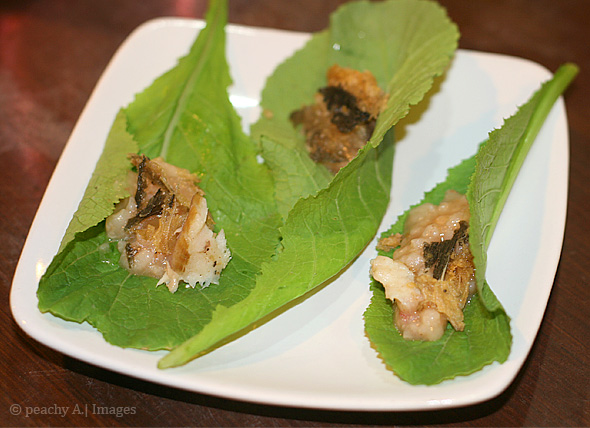 Binulo’s version is very mild, though. After summoning up the courage to finally eat it….I put a dollop of it on a mustard leaf, put a little fried catfish, wrap it into a roll and took a bite. I surprisingly liked it and I bet tourists and haters will too… LOLz! 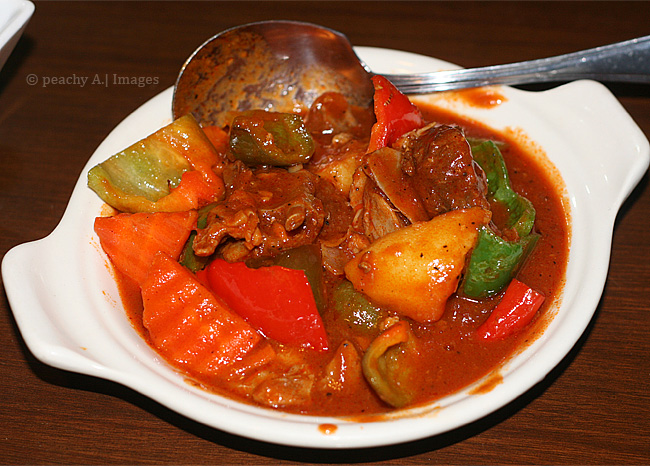 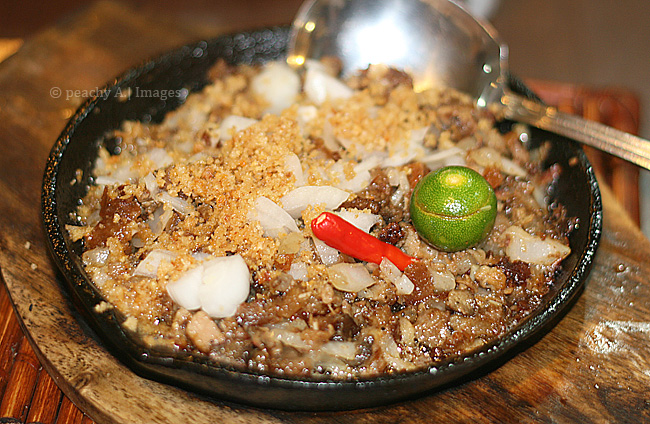 You don’t eat in a Capampangan restaurant without ordering the classic ~ their version is well-cooked, well-spiced and shouts, you’re in Pampanga! 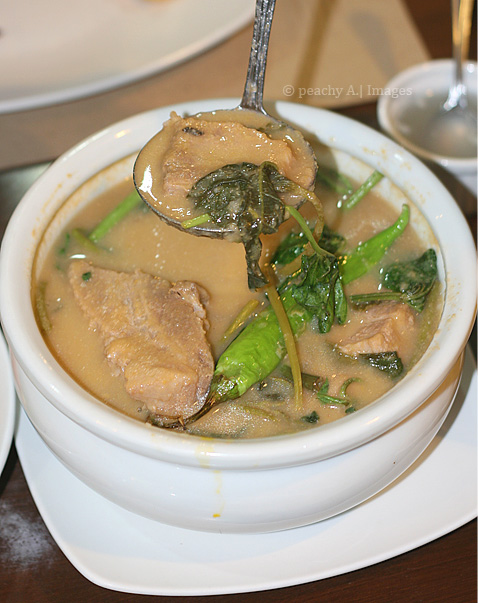 A pork dish very similar to Sinigang but they use fresh guava as souring agent instead of tamarind. The soup is thick and rich with the married flavor of pork and guava. 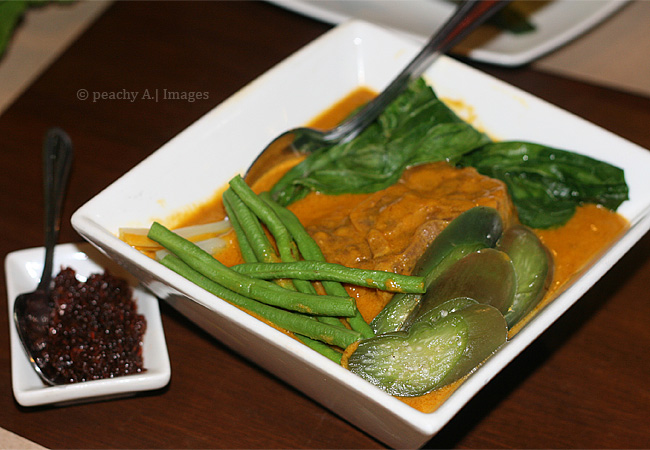 They use U.S. Oxtail, the most delicious part you can use for Kare-Kare. Need I say more? 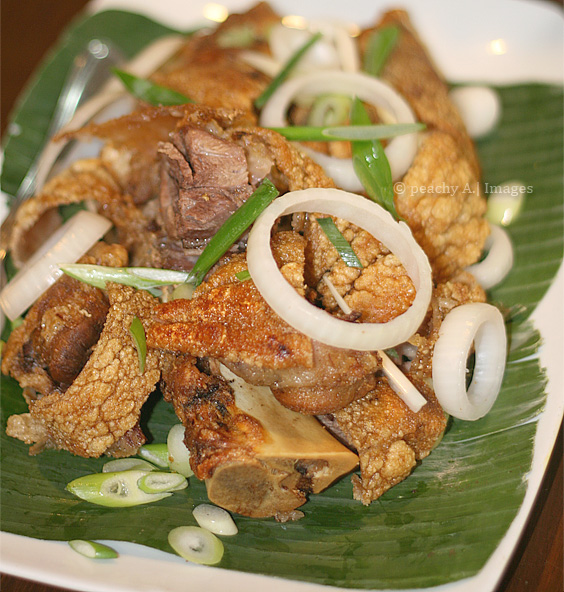 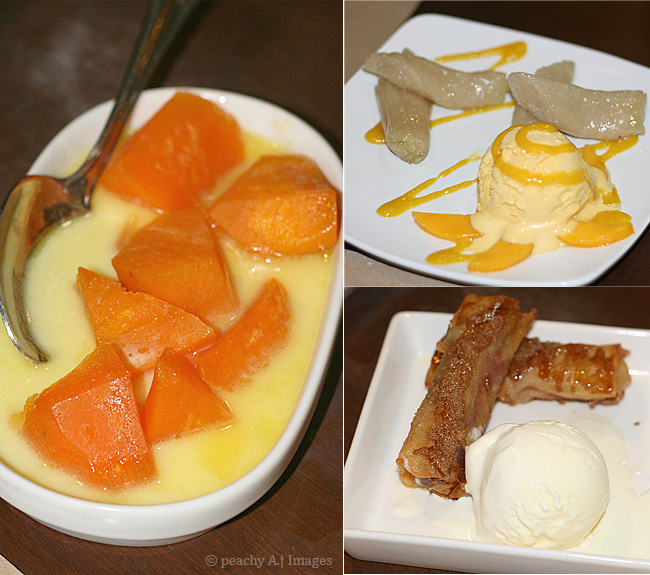 For dessert we had: Bucayong Camote with Gatas Damulag {P85}, caramelized sweet potato served in fresh carabao’s milk. This is my favorite among the desserts that was served. Suman with Mango Ice Cream {P110} Sticky rice served with fresh mango slices, mango puree and mango ice cream, And Turon Saging {P110}, their version of turon has ube and macapuno wrapped together with the banana and served with vanilla ice cream. 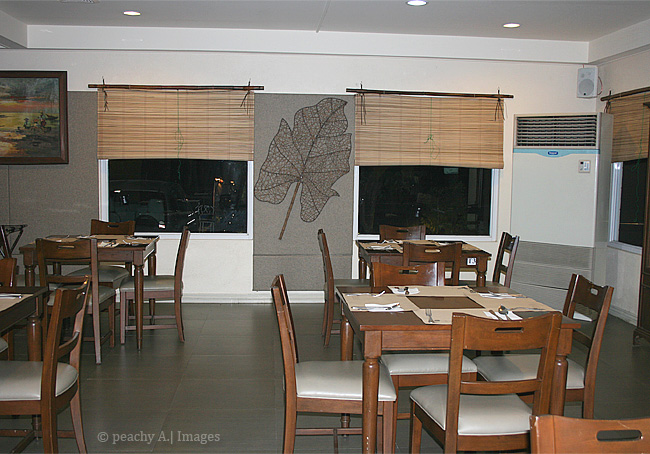 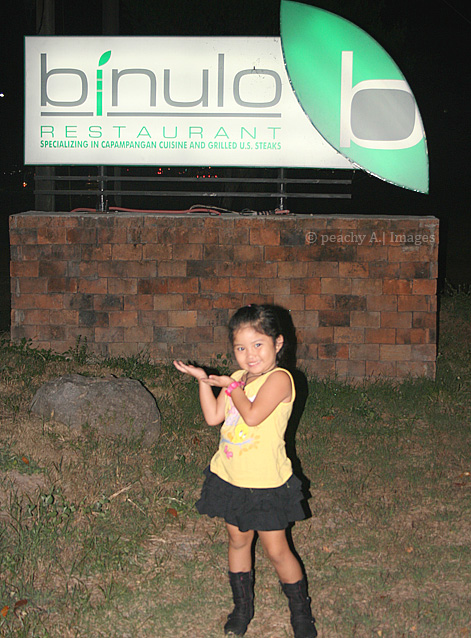