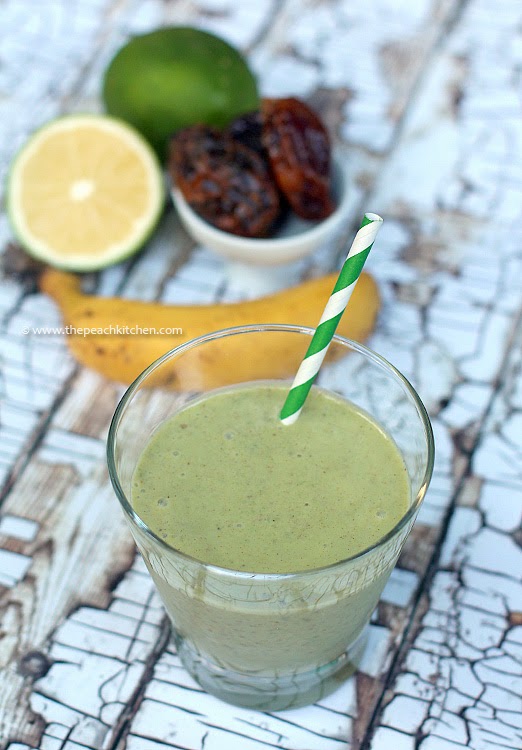 Key Lime Pie is one of those desserts that I’ve never EVER been able to say no to whatever the situation is. I found recipes on the web for a healthy Key Lime Pie Smoothie which I thought I should give a try but I didn’t like some of the ingredients. I also didn’t have two of the ingredients at home so I thought I’d just modify with something similar just so I could get an idea on how it would taste like.

This is actually a challenge for me because I’m not fond of smoothies that are green in color. I could drink a green soda or a green juice but not something as thick as a smoothie. I’ve also never tried making a smoothie that has any leafy greens for fear I’d just dump it in the sink after the first sip. I know it’s healthy but it just doesn’t sit in that much with me.

I thought a smoothie that tastes like Key Lime Pie should change my mind about leafy greens in my drink. 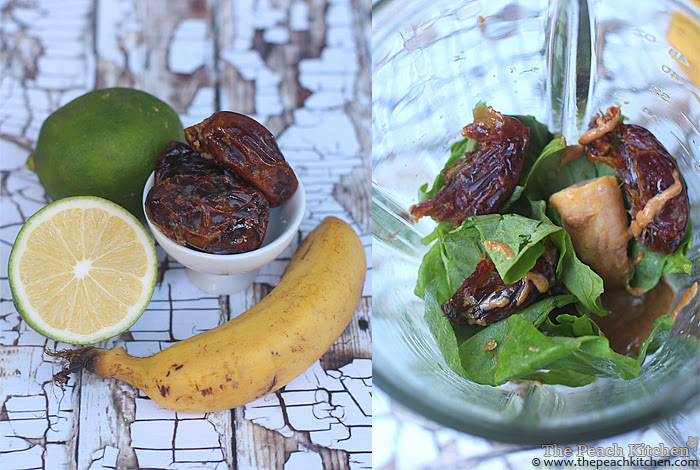 So I had a cup of Spinach, frozen bananas, dates, peanutbutter, almond milk, lime juice, and chia seeds in my blender this morning…

Then with eyes closed, I pressed blend…… 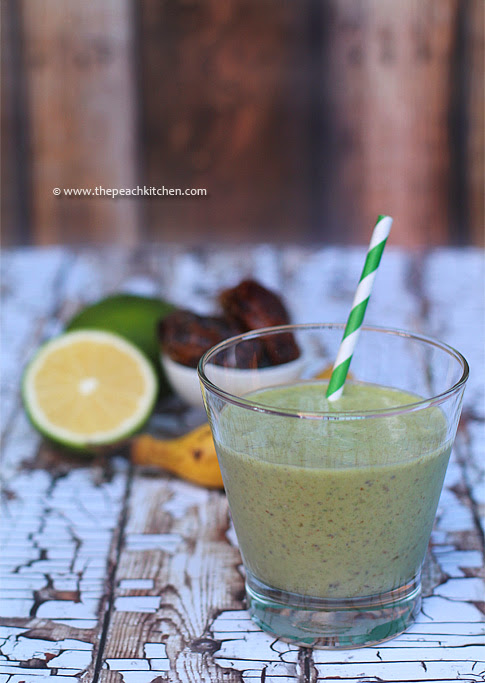 The taste wasn’t that bad, it actually tastes good but it was too thick for me. I wished I threw in some ice cubes just to have a thinner consistency. I had an idea, though. This would make a nice Halloween breakfast. Will tell you how on my next post…..