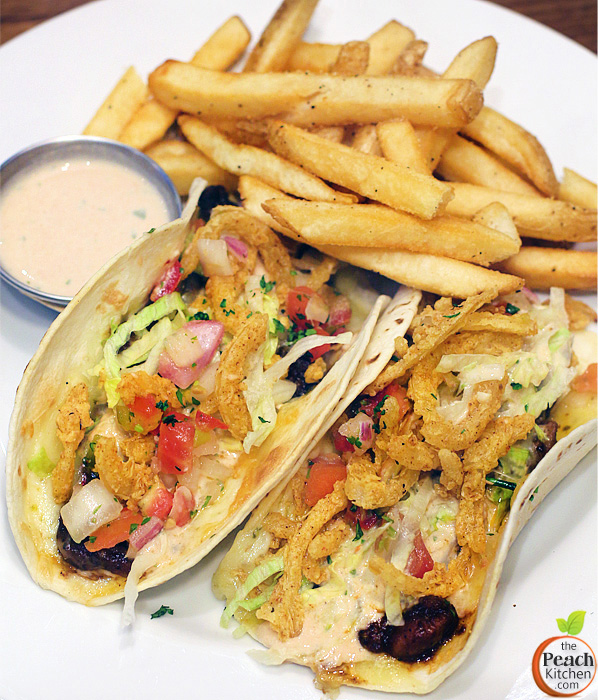 If you happen to pass by TGIFriday’s and my family and I happen to be there, you will most likely find me enjoying two pieces of those tender Jack Daniel’s Pork Chops and a serving of their Caesar Salad. However with TGIFriday’s New Tex-Mex Offerings, I’m gonna have a hard time choosing in between my favorites and these zesty, colorful dishes.

A little Tex-Mex Trivia before anything else:

Tex-Mex is a term that was used to refer to half-Texan and half-Mexican cuisine. The term first saw print in 1945 to mean Mexican peasant food prepared with cowboy fare by cooks, evoking images of cantinas, cattle drives  and ranch hands or vaqueros.Tex-Mex dishes went “gourmet” in the 1970s when Mexican culinary expert Diana Kennedy recommended “Americanized Mexican food” as a trendy fare and a “must-eat” cuisine for a younger generation. When the word adopted an exciting ring to it, a number of restaurants offering Tex-Mex dishes became a trend that spread across Europe, Asia, South America and even in the Middle East, particularly in places which have substantial Hispanic population.

These days, it generally means mouth-watering platters of enchiladas, tacos and tortillas. 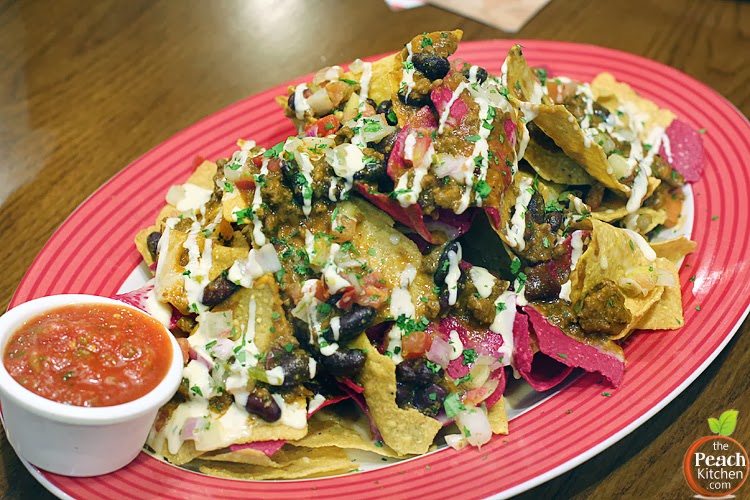 Let’s start with TGIFriday’s Chili Ballpark Nachos. It is a great appetizer to share with family or friends. It’s a medley of yellow and red deep-fried tortilla chips covered with  rich cheese sauce, chili, and pico de gallo and served with fresh salsa. I am so hooked with the fresh salsa specially because it only has a mild touch of spiciness. 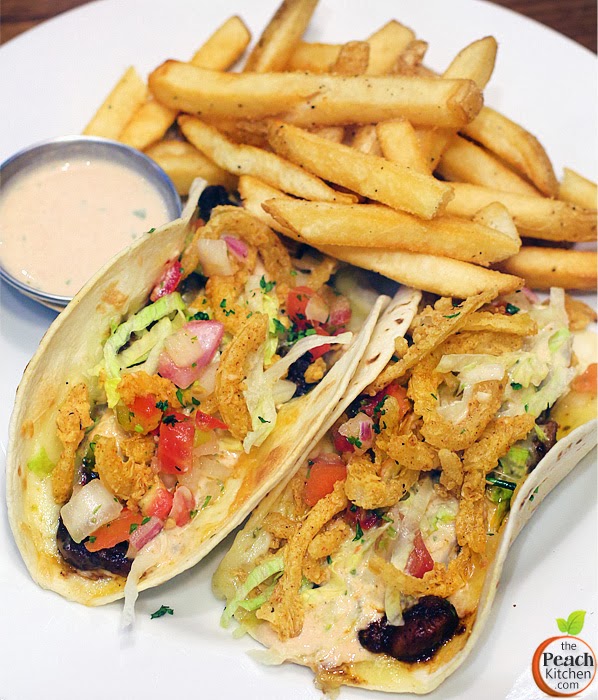 This BBQ Pork Tacos is my favorite among the dishes that were served. The soft taco was filled with shaved pork tenderloin in  the restaurant’s signature BBQ sauce, pepper jack cheese, frizzled onions, southwestern sour cream, pico de gallo and freshly chopped cilantro and served with fries. The flavor combination is just amazing. The pork tenderloin was so tender and flavorful. I don’t think I’d get enough with just two of these on my plate. 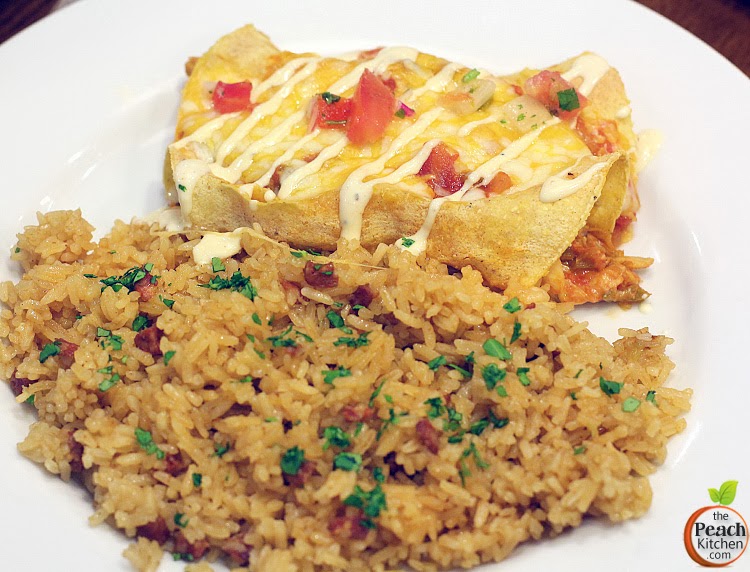 I’m not a fan of  enchiladas but I guess I just haven’t met the right kind, this Ranchero Chicken Enchiladas has tender, slow-cooked chicken breast mixed with spicy ranchero tomato sauce and melted Monterey Jack cheese rolled in corn tortilla; topped with  cheddar, pico de gallo, cilantro and sour cream. It is also served with chorizo rice. The first time I saw this I was wondering how this can ever be a match because the chicken echilada is already rolled in tortilla which is carbs and then served with more carbs which is the chorizo rice. But man, oh man…. I had to stop myself from eating the whole thing. Friday’s Tostada Nachos is my second favorite! Large crispy tortillas are  loaded with seasoned ground beef and melted cheese, served with salsa and  the thickest sour cream, then topped with spicy jalapenos for that extra kick. I put a small dollop of sour cream and some shredded lettuce before taking a bite and I’m instantly reminded of crispy tacos only thinner and cheesier. 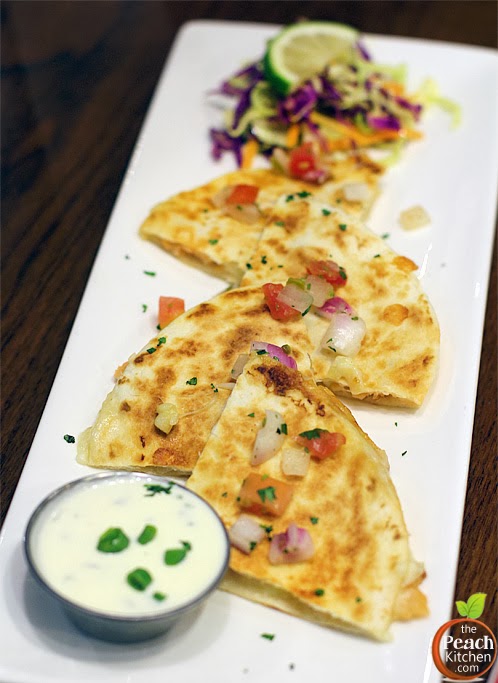 As if the medley of flavors couldn’t get more exciting Friday’s Smoked Salmon Quesadillas is brimming with a savory mixture of smoked salmon, pico de gallo, tart apples and Monterey Jack cheeses in crisp tortillas and served with mango lemon slaw.

Fresh Pineapple -Orange Juice is just the perfect drink to quench my thirst and put-out the fire in my tongue. 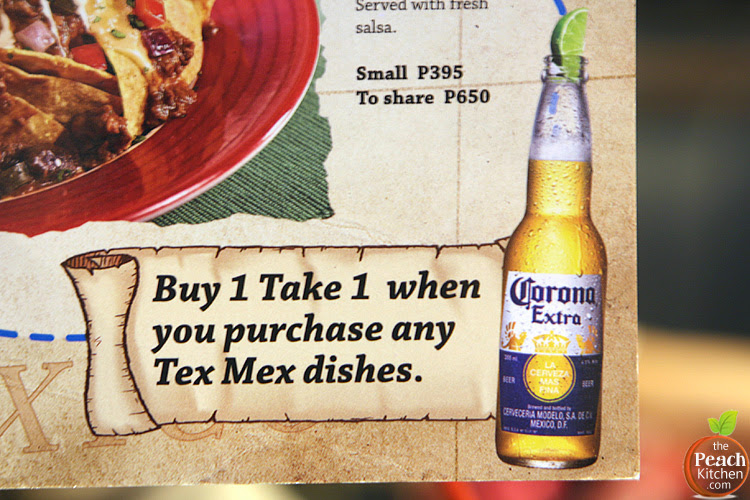 If you’re a beer drinker then you’d be glad to know that TGIFriday’s  has a Buy Take One offer on Corona Extra when you order any of the new Tex-Mex dishes. This special offer is on until end of April 2014. 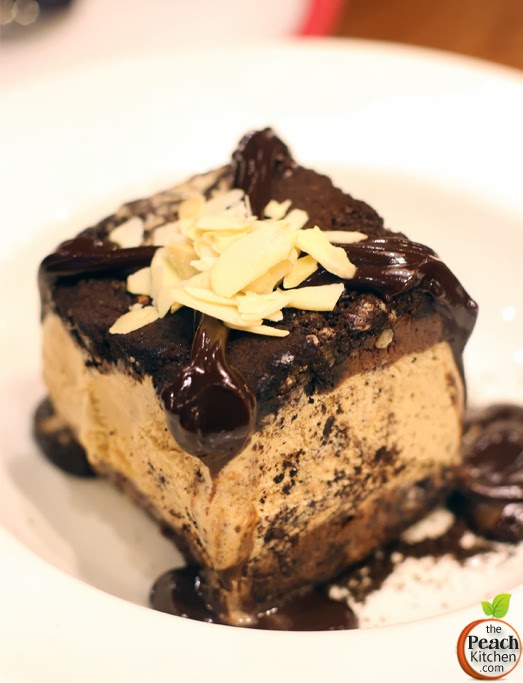 Desserts at Friday’s is a must, so after feasting on their New Tex-Mex dishes, we had some Mocha Mud Pie… 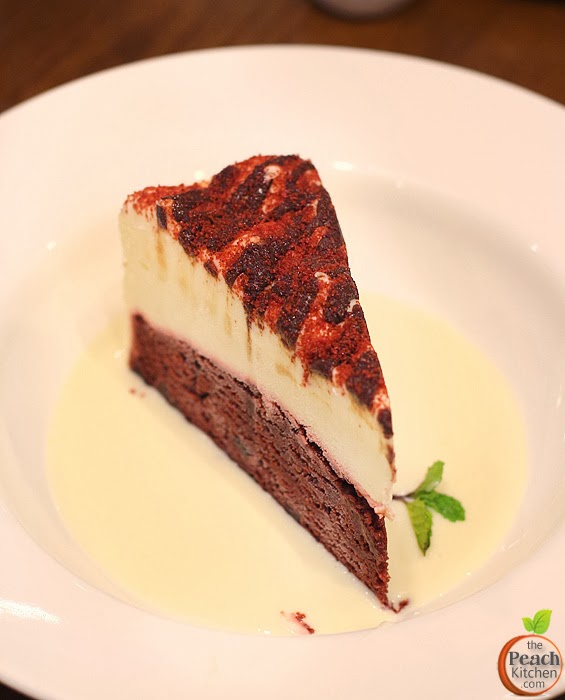 and this Red Velvet Cheesecake.

Which Tex-Mex dish are you most likely to try the next time you drop by TGIFriday’s?

To know more about TGIFriday’s, check out : 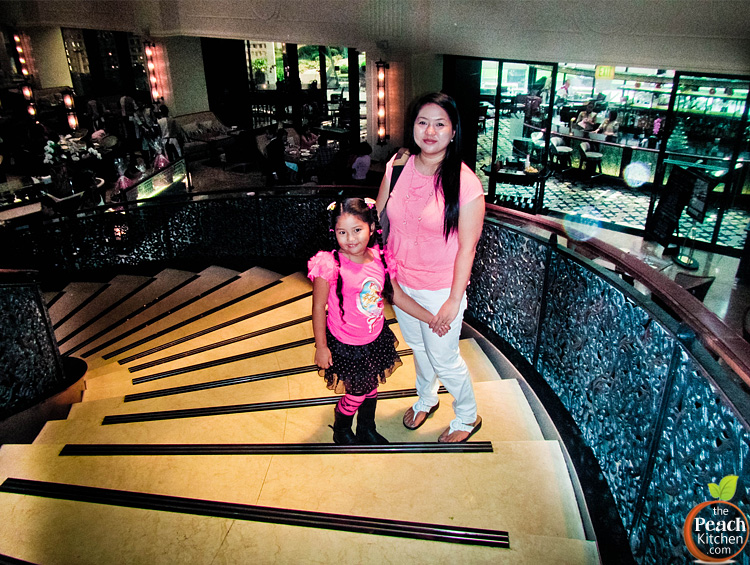 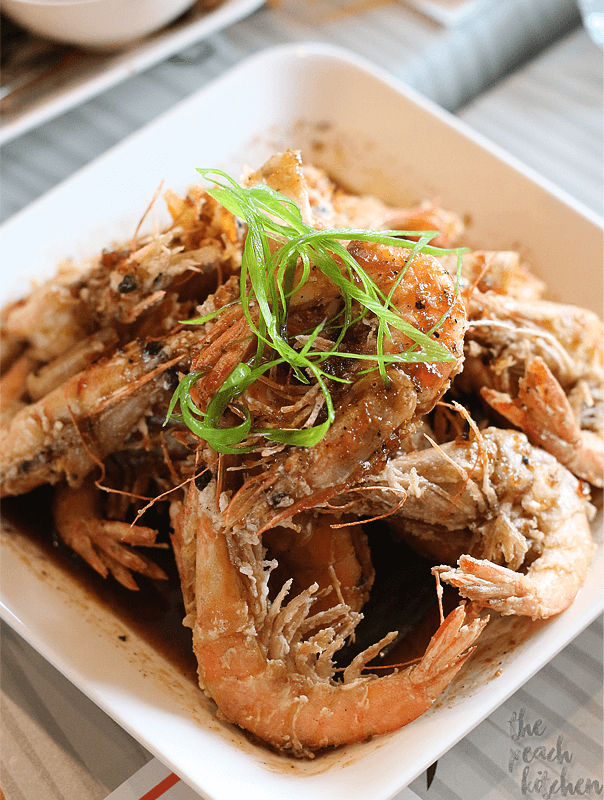