You are here: Home / restaurants / Time To Get Your GelatoFix! 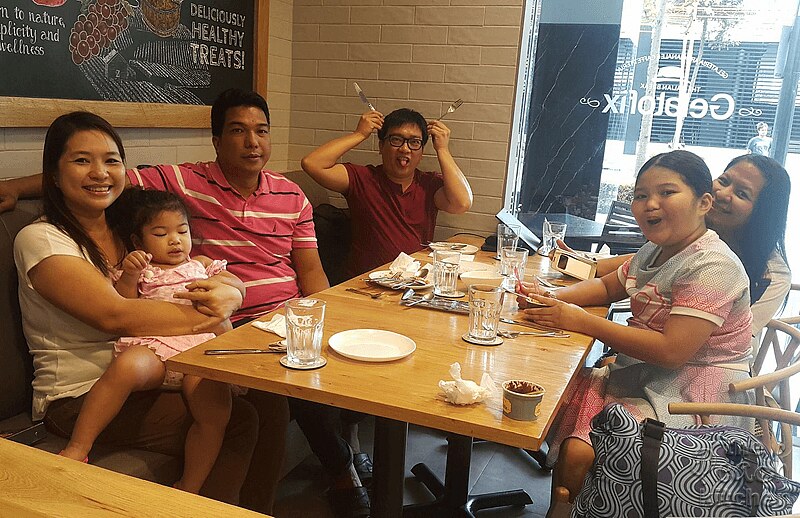 Gelatofix, officially opened its doors in its first Philippine branch at BGC a couple of weeks ago. It is an Italian Artisanal gelato café renowned for its over the top gelato creations and exquisite Italian cuisine created by award-winning chefs, Gelato World Cup Champion, Master Chef Filippo Novelli and Gelatofix Master Chef David Chang.

I was one of the few who attended the launch and was so impressed with the food and the Gelato that they offer. Unfortunately that day, I had to miss the Gelato Sushi because I had to leave and pick up my daughter from school. I promised myself I’ll be back to try them. Of course, when I went back I have to take the whole gang so they can also try how delicious Gelatofix’s offerings are and see what it’s all about. 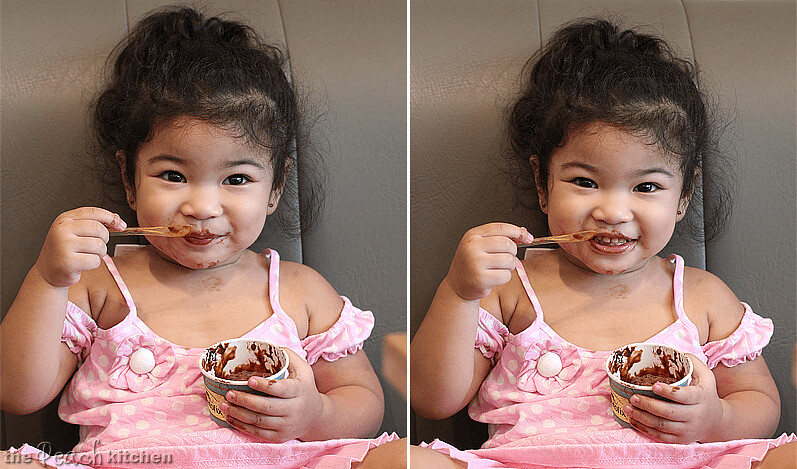 Twinkle had the Premium Chocolate Gelato the moment we stepped in and judging by the smile on her face (and the gelato smears), I’m thinking she loved every itty bitty spoonfuls of it.

As for the rest of the gang, well, here are what we had… 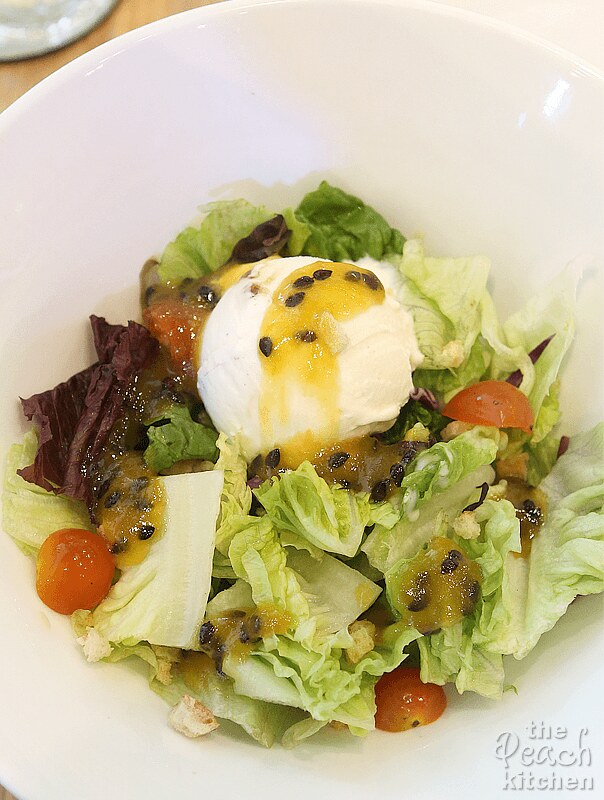 We started off with the Garden of Passion Salad (₱195) a salad composed of mixed greens, cherry tomato, passion fruit purée and a scoop of Fior di Latte gelato which is what makes this salad unique. I am very much surprised that salad could go well with gelato! 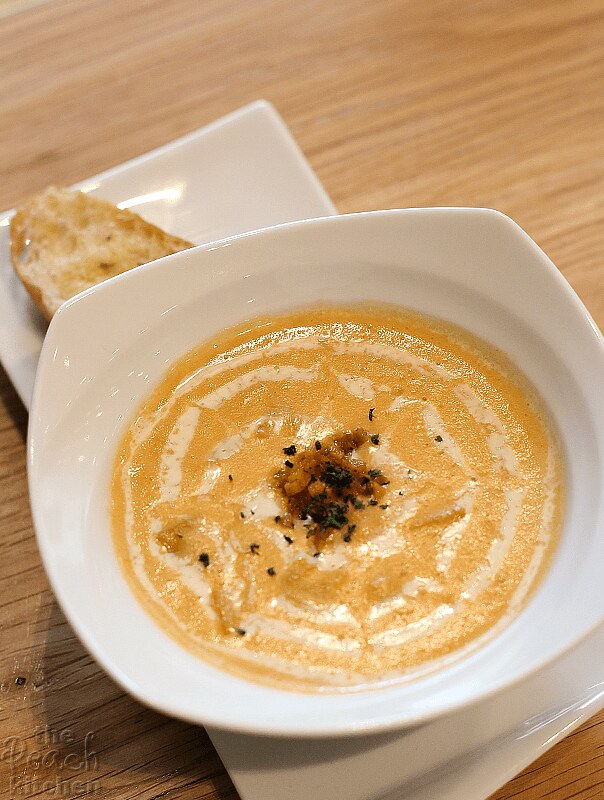 It was followed by this creamy Pumpkin Soup (₱195) which has lots of pumpkin pieces underneath. It  is served with toast that’s perfect for dipping. 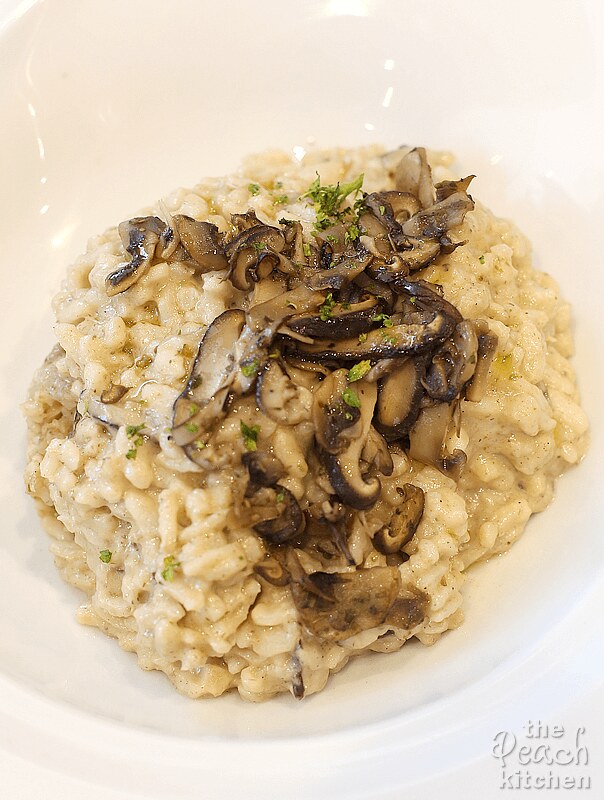 My favorite was the Risotto Al Funghi (₱320) and the rest of the gang was blown away by this a creamy risotto bursting of mushroom goodness! 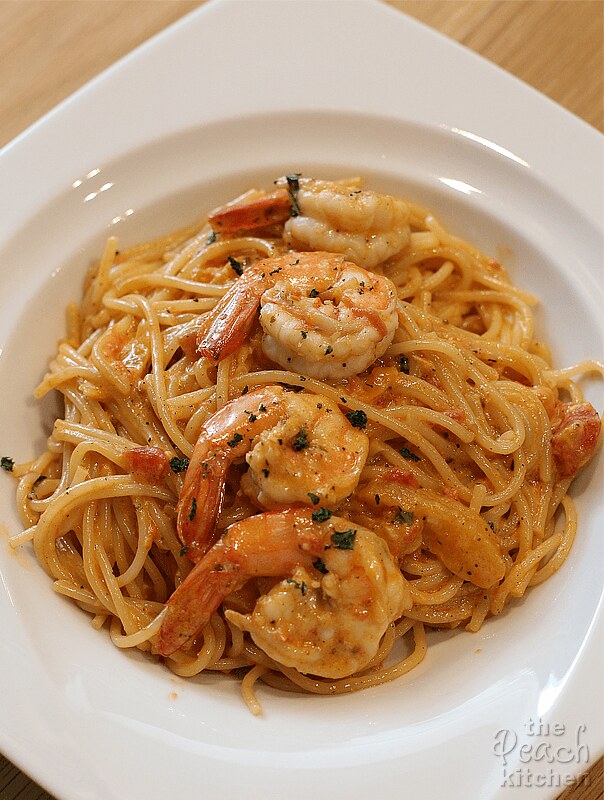 The Spaghetti Prawn Apricot (₱325) is very unique too. It’s my first time to try the combination of prawns and apricot in a pasta dish. It’s creamy and a bit spicy and it works. I love the sweetness that the apricot slices brings in each bite. 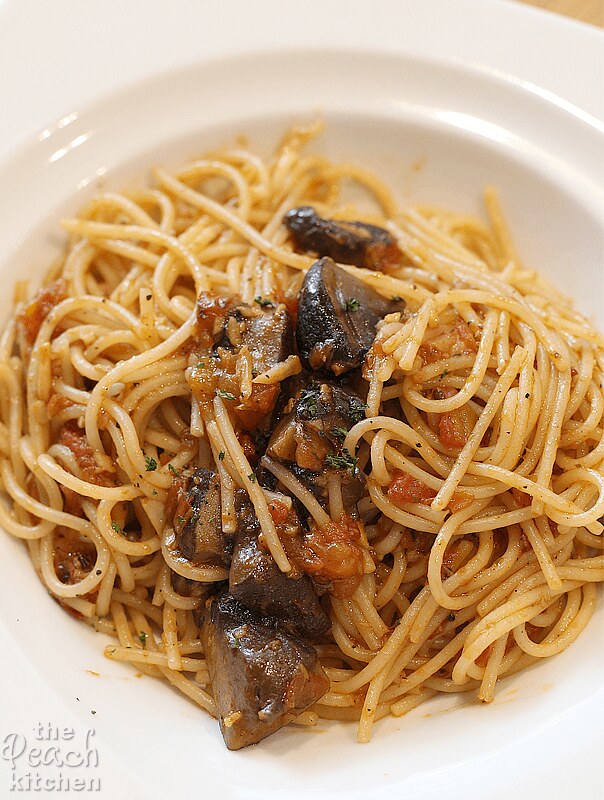 We love mushrooms, can’t you tell? LOL!  If we were trying out the risotto, then we are also having the Spaghetti Al Funghi (₱325) which is a lovely combination of tomato sauce and big chunks of portobello mushrooms! 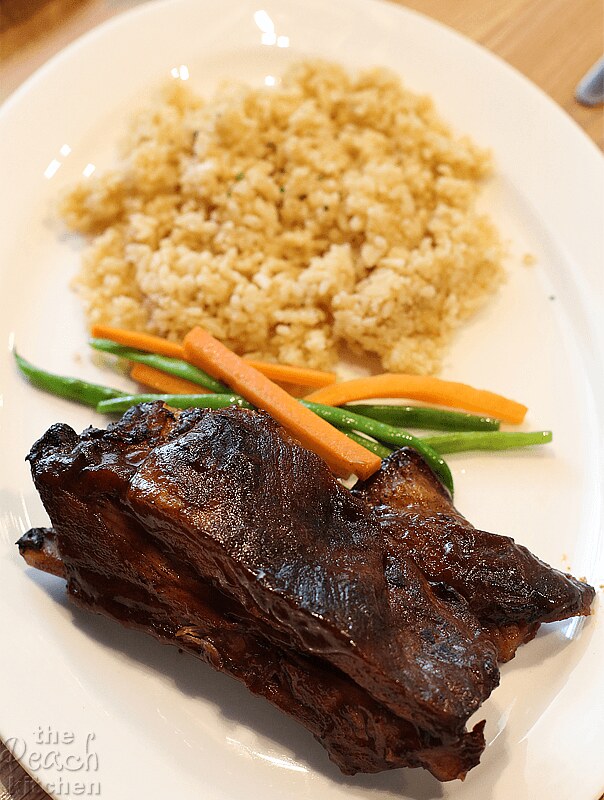 We are trying to avoid pork but here we are with Gelatofix’s Barbecue Ribs (₱360),fall-off-the-bone flavorful roasted ribs served with rice pilaf. 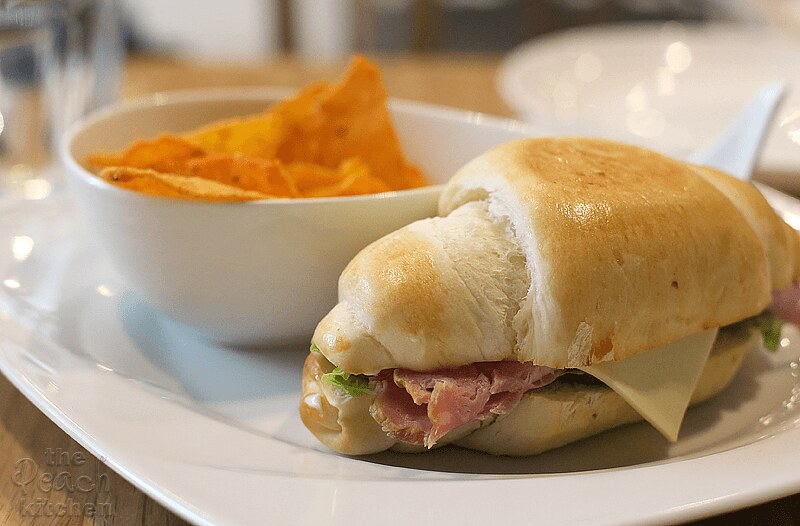 We also had the Ham and Cheese Sandwich (₱195) which is served with chips on the side.

Dessert was of course — gelato!! 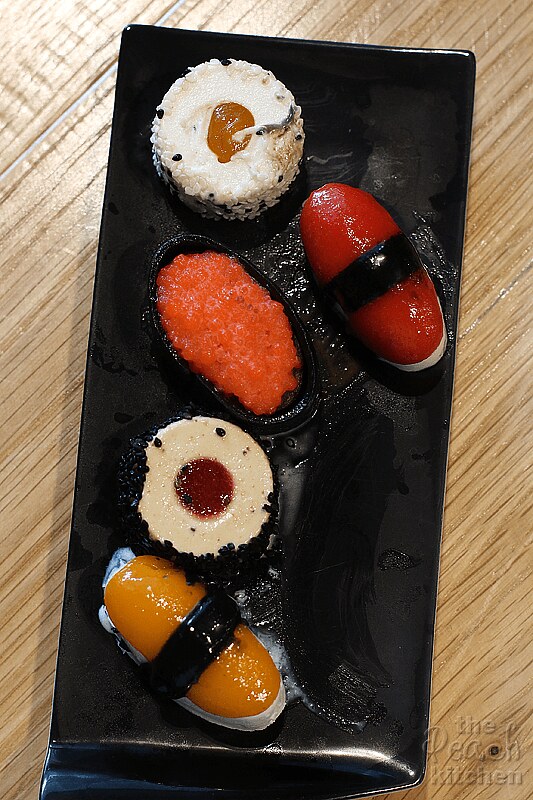 Ykaie was very excited to try the Gelato Sushi (₱300|set of 5) but ended up not liking it because the flavors seem to cater more on adults palates. It has interesting flavor twists, giving out hints of wasabi, ginger, and miso. We all loved the flavor combination, I especially like the one with wasabi! 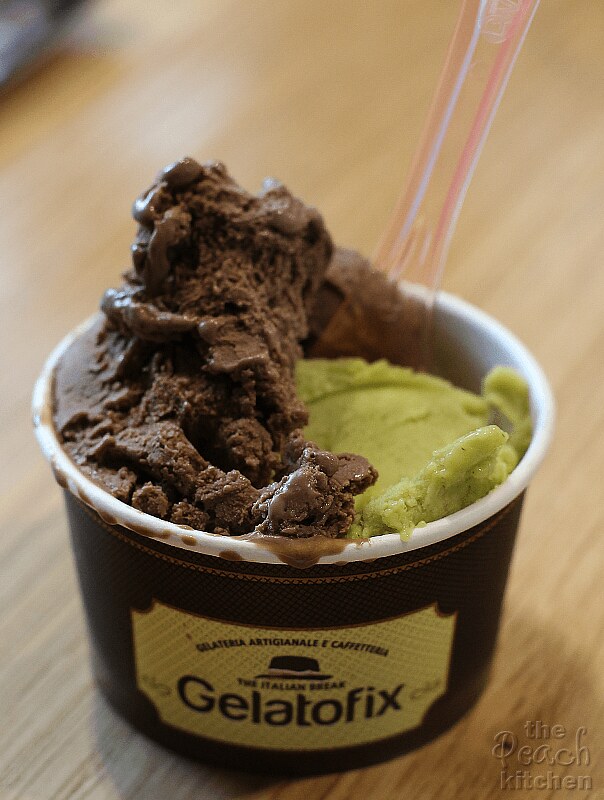 Ykaie ended up feasting on a scoop of Gianduia and Avocado, instead. 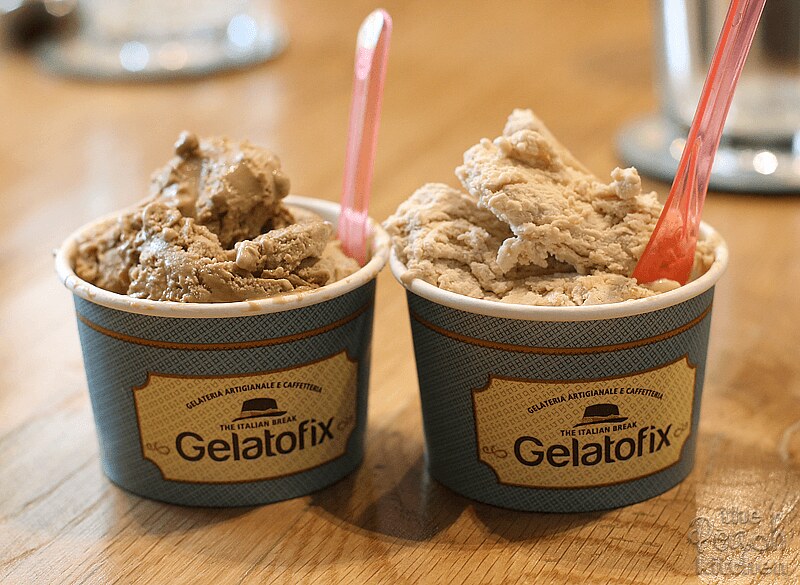 While Rome and sis got a scoop each of Coffee and Hazelnut. 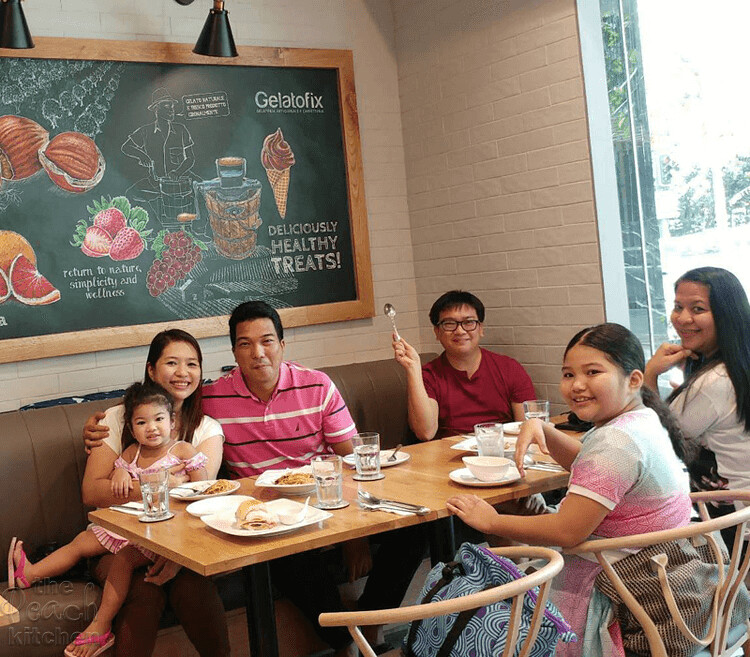 According to Mr.Von Lacorte, Director, Gelatofix Philippines. “We will be the first in the Philippines to launch an authentic Italian dessert lifestyle café chain under Gelatofix. It will be the destination of choice for both young people and working adults who are in the prowl for mouth-watering yet guilt-less gelato and food offerings which make a serious play on both Italian and local flavors,”

Well,  we had such an amazing lunch at Gelatofix. I love that they have such a wide array of dishes to offer. It’s a dessert place and more — definitely a place that the whole family will love.

peanutbutter♥ wanted to try the Magic Boxx, their signature toast box but we thought it was too big and we had no space in our tummies anymore. So we are reserving it for another time. 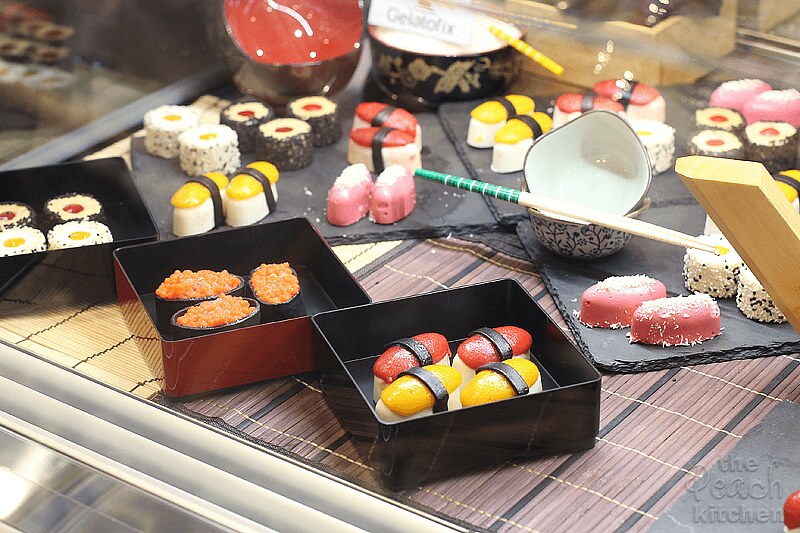 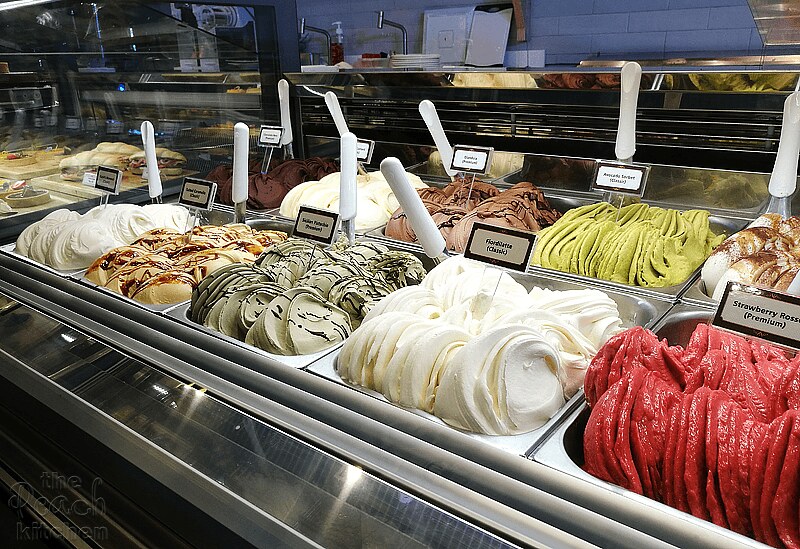 Gelatofix will have another five new outlets over the next 12 months in Metro Manila so more people will have the ‘fix’ they need, whenever and wherever they crave for it.

Internationally, the Gelatofix café chain will be available in Cambodia, Kuwait, Maldives and Qatar.