You probably know by now that I wouldn’t let a good street food pass me by whether I’m here in or out of my  home country. I am a lover of street food because I know that by eating it, I can immerse myself in the culture of where I am.

Some of the street foods that I love are Taho or Soy Pudding, Pork Lungs on a Stick, Puto Bumbong and Bibingka, and Grilled Blood. 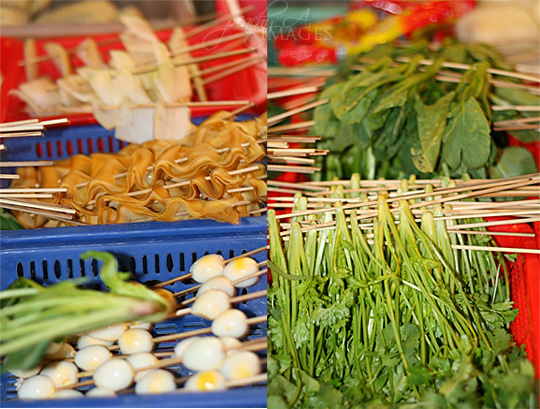 When we were in Shenzhen, China, just outside the Gorgeous Fad Hotel where we were staying, there’s this small store where everything was skewered on a stick. 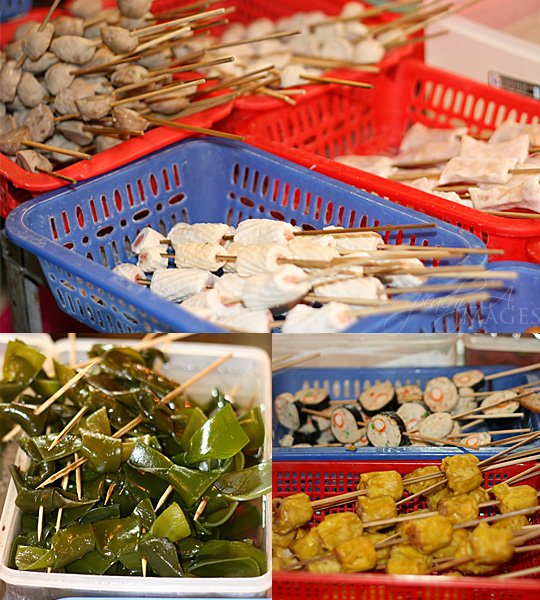 The meat, seaweeds, broccoli, tofu, mushrooms, chinese parsley, sliced radishes, fish, and squids are all skewered. At first we thought they were all for grilling. Until someone came along and bought an order. That’s when we found out how we should go about in buying this food. 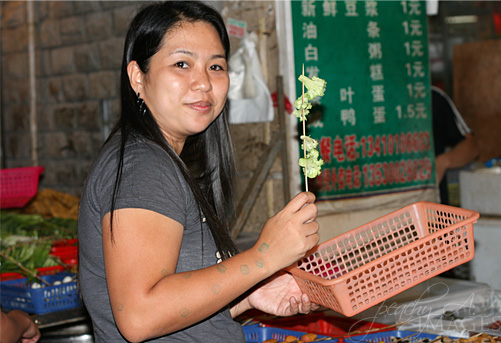 Yup, that’s me. I’m holding a skewered broccoli. You just get that rectangular basket, choose the ingredients that you like and place it on the basket. Each ingredient has an equivalent price. I think that stick of broccoli is for ¥1. You can put everything you want and they will compute how much later. 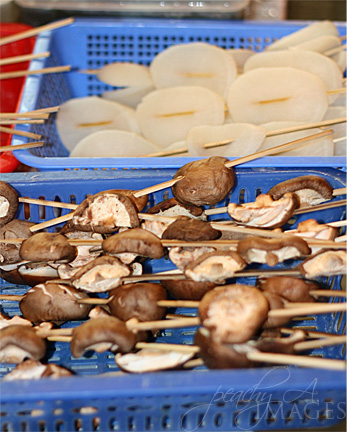 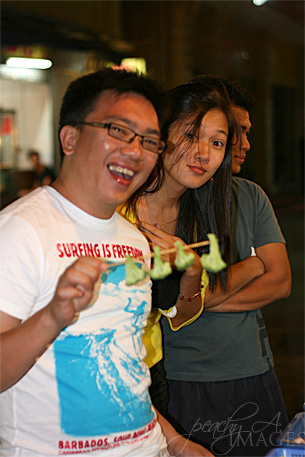 Rome, Dia and Joff choosing which ingredient they like for our soup. You can also add noodles if you like… 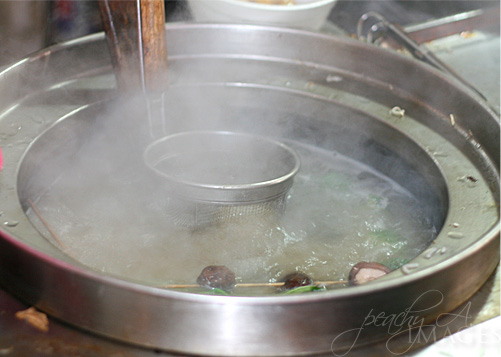 After we’re done with the ingredients for our soup, we handed the basket to the vendor and he dropped the veggies, meat and mushroom in a boiling pot of broth to cook it. Then he removed them from the stick and transferred it in a disposable bowl. He put some spices and some broth from a different pot. 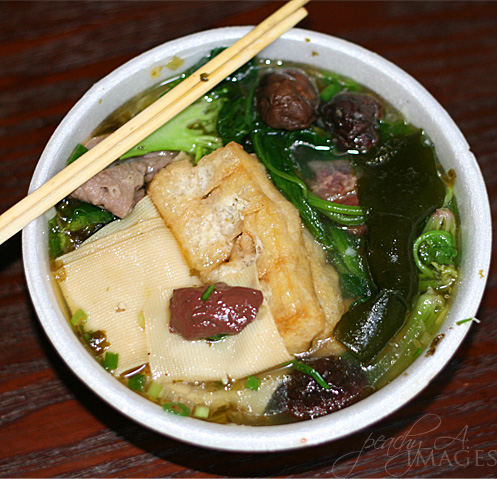 This bowl of soup is HK $24. It may not look delicious but i tell you that it is very flavorful. It is a big bowl so Sis, Dia, Joff and I shared it. Rome and ykaie didn’t eat any and peanutbutter♥ was already asleep at the time. 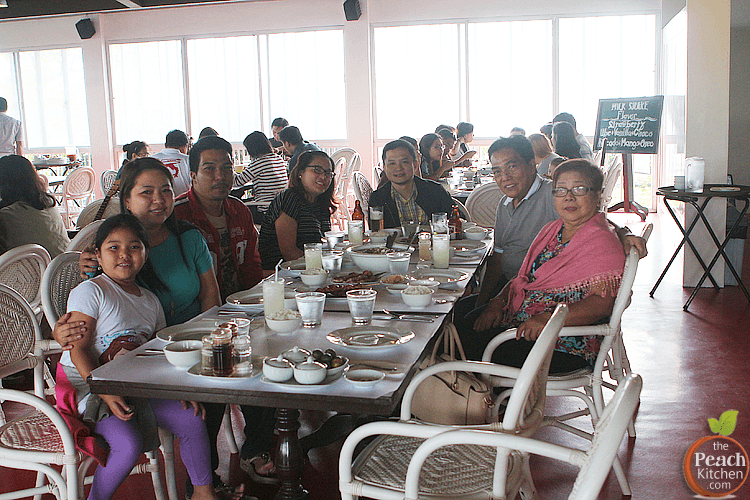 The Grill by Antonio’s and Sky Ranch Tagaytay