You are here: Home / food in jars / Salad in a Jar 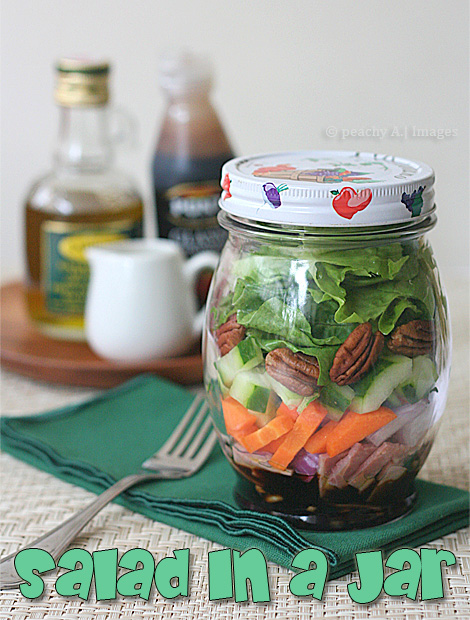 Reasons to put salad in a jar:

♥ When you are bringing it to a picnic, or lunch at the office. Jars are great space savers…

♥When you have a THING for jars..

Yup, I have this thing for  food in jars. The homemade ones, I think they’re cool.

I also have a major thing for jars. Sometimes when I go to the mall, I end up taking home three colorful, cute jars in different shapes and sizes.

I can get excited over a milk jar, peantubutter♥ thinks it’s crazy. He’s just doesn’t know it but milk jars can be the cutest thing.

You should try it sometime. 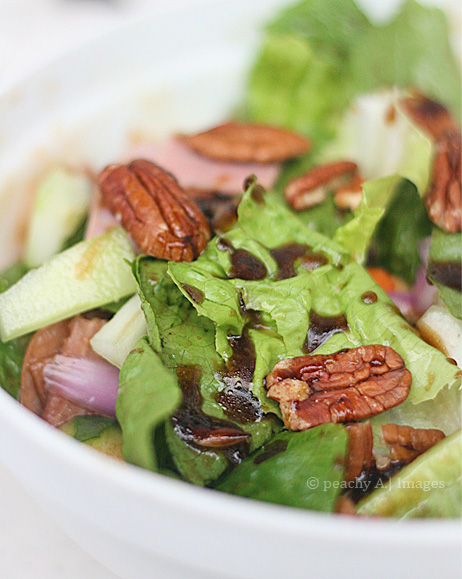 This is what the salad looks like if it isn’t inside a jar. I’d say it’s doesn’t have the same  je ne sais quoi as the one inside the jar all layered up and beautiful.

Salad in a Jar

Print
Author: The Peach Kitchen
Ingredients
Directions
Notes
Make sure the dressing and the lettuce doesn’t touch each other, specially if you are going to eat this at a later time. The lettuce will wilt if it’s soaked up with the dressing.
3.2.1596 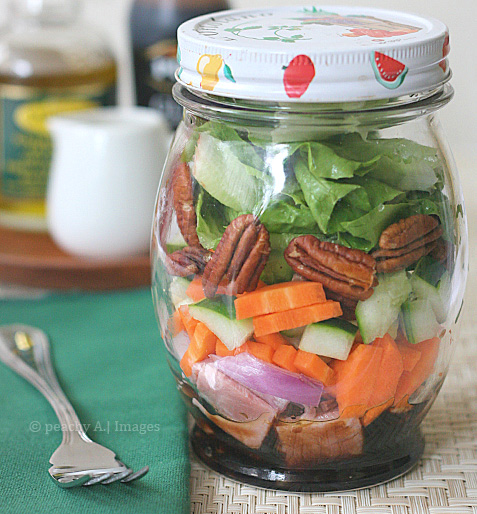