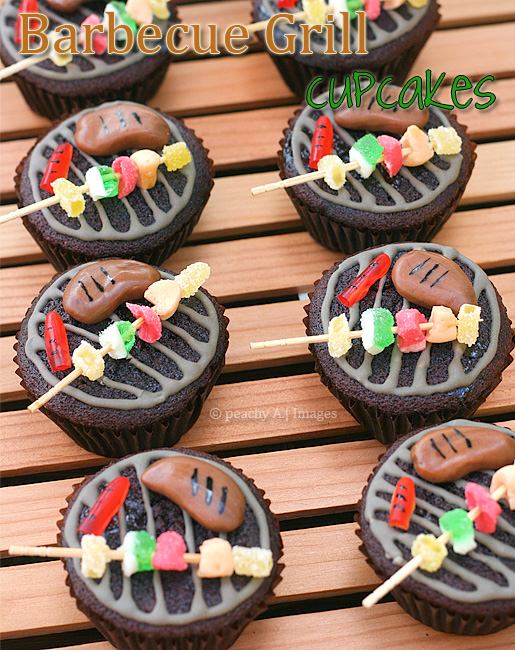 Last night, peanutbutter♥ showed me my birthday-slash-christmas present. My birthday was last December and as you all know Christmas is, too. You might have an urge to check out the date of this post but nope, this is not an old post.

My birthday-slash-christmas present will be arriving with him when he comes home in March. It’s actually a new camera and I’m so thrilled to the bone about the new features I could tinker and play with.

I love you peanutbutter♥…

The best presents I get always comes from you… 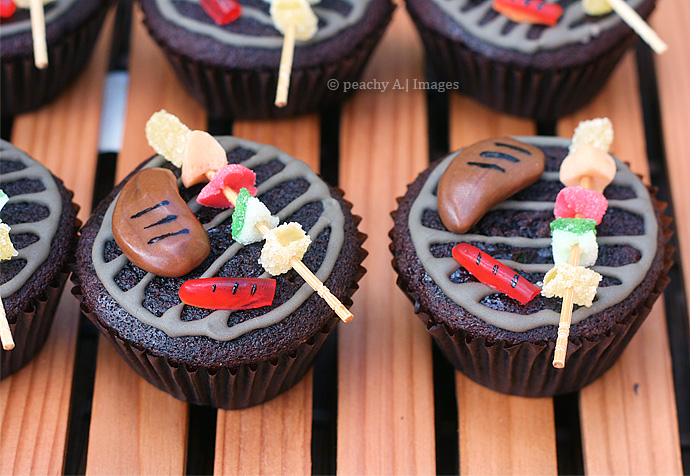 One of the many reasons why I’m excited in getting a new camera is because I know it will help improve my food photos. I know some of you are thinking that a beautiful photo does not depend on the camera but on the person taking the photo but really, I think it depends on both.

Or maybe, I’m just saying that because I have a phased out camera..hee.

Aaaallriiight. Enough about it, let’s talk about cupcakes. These are the cupcakes I made for our New Year’s Eve Camping Party. That party where one of my nephews wore one of those colombia jackets in the middle of a hot afternoon and I had to ask him to take it off.

This is made up of chocolate cupcakes, gummy candies and tootsie rolls. It’s really very easy to do once you’ve made the cupcakes.

For the hotdogs, though, I had a hard time looking for Mike and Ikes during the pre-holiday grocery shopping so I had to use the gummy ketchup from those gummy hotdogs sandwiches.

I hope this recipe would make it to one of your parties. 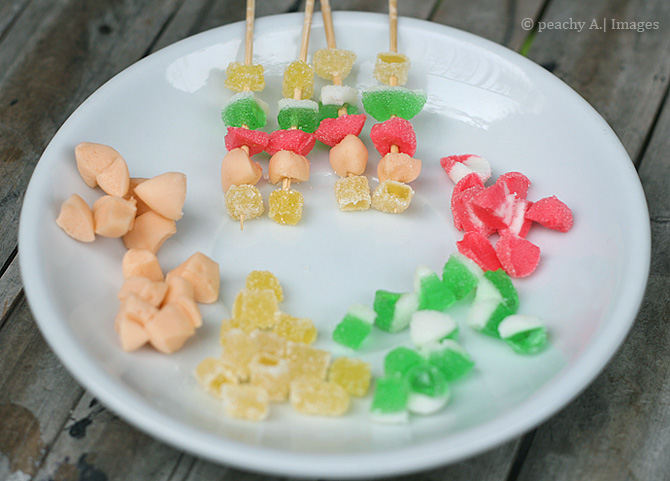 This is how I made the gummi barbecue skewers… 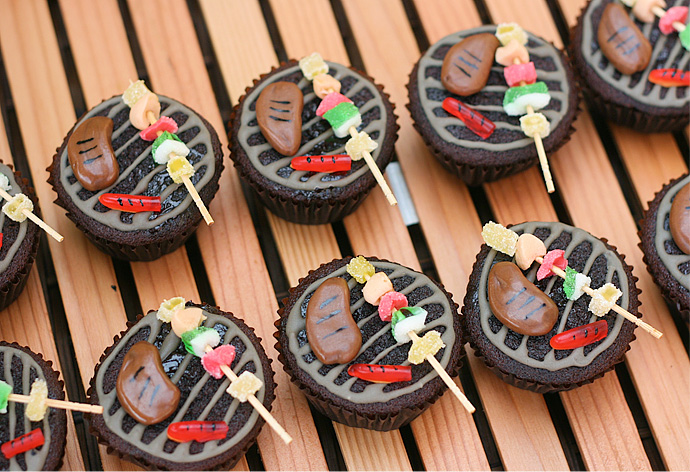