You are here: Home / restaurants / Eat & Go at SM Megamall 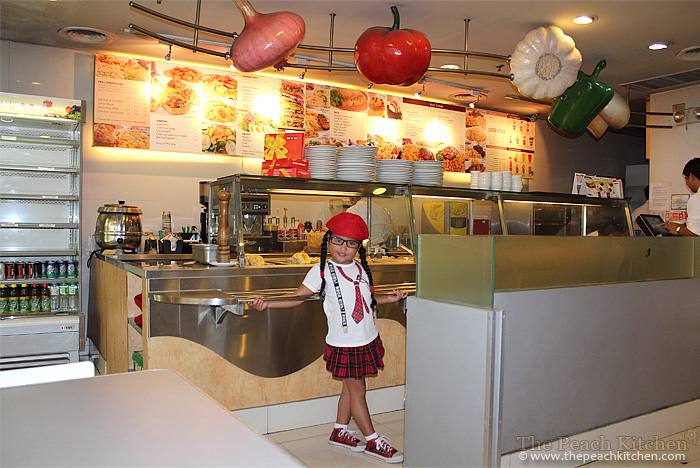 One upon a time, we were too hungry to think about where to eat and we ended up at Eat & Go at the 3rd floor of The Atrium at SM Megamall. This restaurant was beside restaurants like Amici, Yabu, and C2 so we thought it was also as good..besides it’s a restaurant we’ve never tried before.

As we walk in, I notice the sossy carinderia-style look of the place. It was giving some sort of a vibe that it’s a fast food but serves quality good food and one that is self-service. I was surprised when a staff met us and led us to a table.

She recommended their “Exclusive Meals” for one to three people where diners can choose any one, two or three entrees that will be served with either salad or pasta plus soup and bottomless iced tea or lemonade.

I kind of buried this post waaayyyy back my files because I was really disappointed in what we ate here.They said that if you can’t say something nice about a product the don’t say anything at all but this place has potential and it just wouldn’t be good to see it fade away. 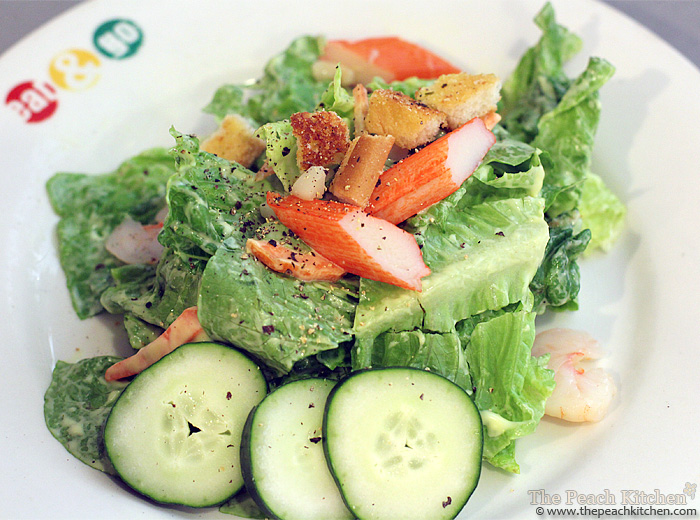 This was their version of Seafood Salad — a few cut pieces of kani, shrimp, lettuce, carrots and cucumber slices. 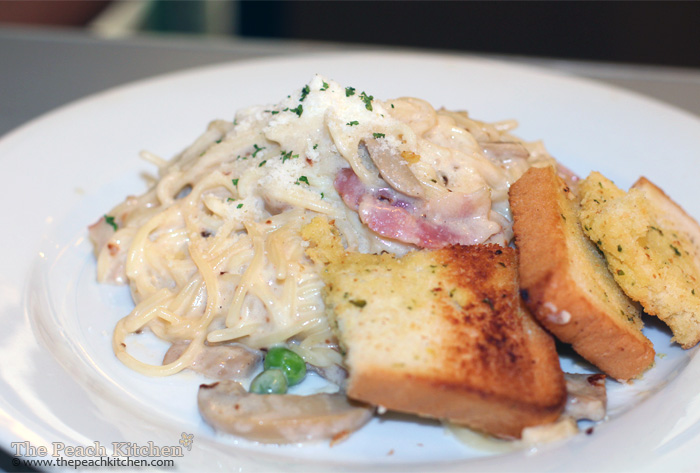 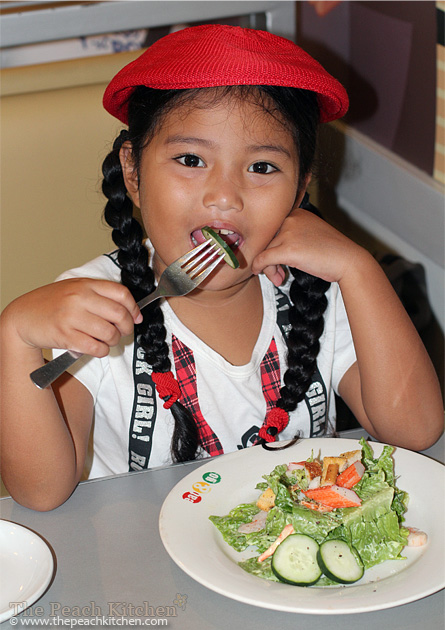 Here she is pretending to eat a slice of cucumber… 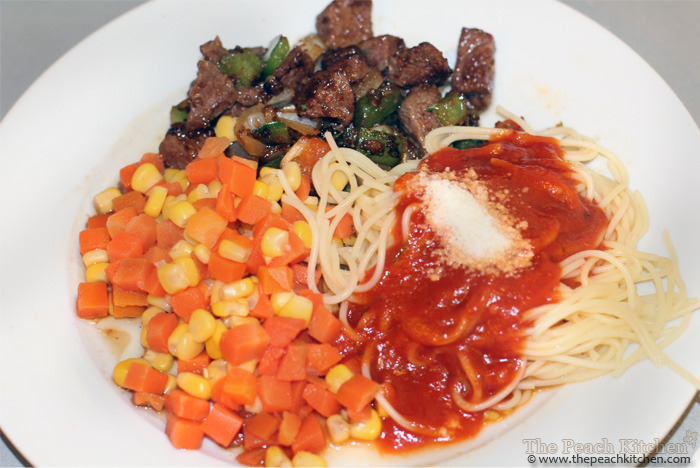 I chose Steak Salpicao, Spaghetti Marinara, and Corn and carrots. Their version of Steak Salpicao was quite alright but their Marinara taste like it came from a bottle. 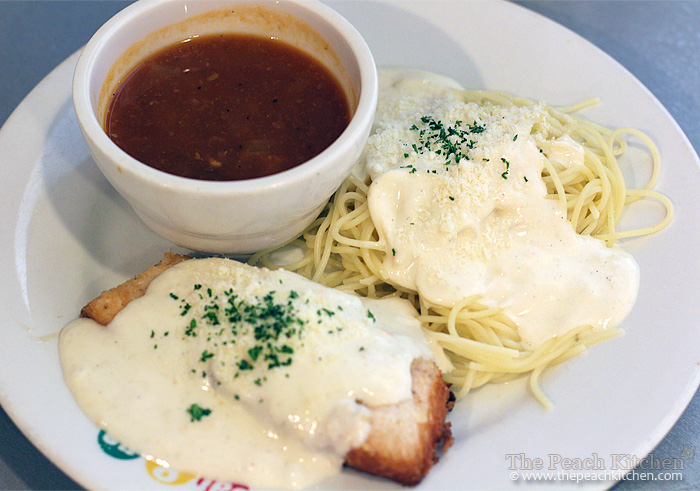 Sis ordered Spahetti with White Sauce, Parmesan-Crusted Salmon, and beans. Big mistake because aside from the beans tasting like beans from the can, the sauce of the pasta and the one on top of her fish is the same! halfway through the meal and she was tired from all those cream.

I hope they improve their food because they already have good service at this restaurant and their location is really one of the best locations in SM Megamall.