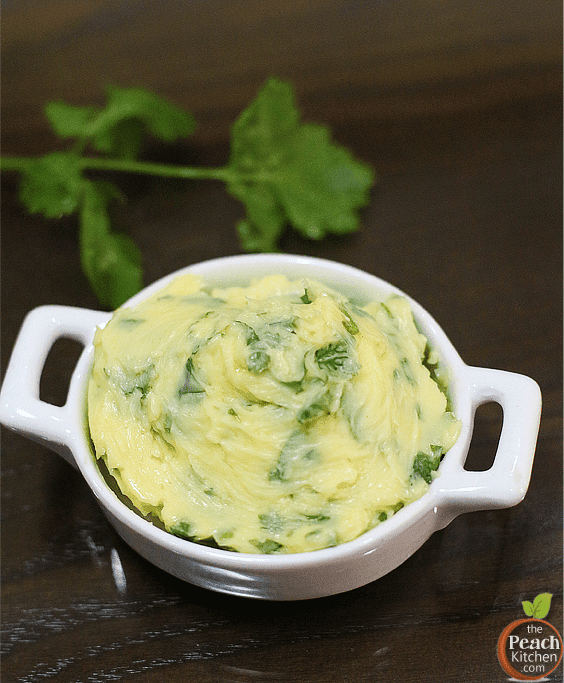 I first met Cilantro during a three-day vacation in Bangkok almost ten (loooong) years ago. It was mixed in the dipping sauce of one of those barbecue you’ll find being sold in the street, very much like our street barbecues here.

I didn’t like it, not in the least. I find the taste very offensive and I told my sister it tastes like bugs! I lost my appetite at that time.

The second time Cilantro and I met again was during a date with my peanutbutter♥. It was hiding inside a deep-fried egg roll and I didn’t see it coming. I found out it has Cilantro while I was chewing the darn thing and was surprised that I actually liked it.

From then on, we became friends and now, I don’t think it tastes like bugs anymore. I find the taste very refreshing and flavorful. We love it in salsas, soup and we love adding it to anything that needs a flavor boost.

Adding it to butter makes a perfect sauce which you can drizzle over fish, steaks, and pork. You can also spread this over grilled corn.