You are here: Home / restaurants / RACKS Opens Up Timog Branch 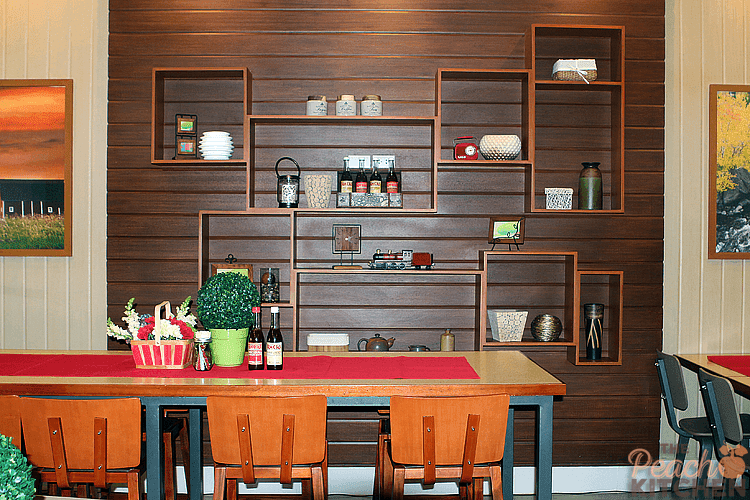 Do you know that RACKS stands for Real American Country Kitchen Style? I bet you don’t. I didn’t as well until I attended the opening of their newest branch in Timog.

True to its meaning, Racks  is now sporting a new look that’s inspired by southern country American life. Warm tones accentuated by dark wooden panels dominate its new stores’ interiors. Stone bricks were also used as pillars and covering for the indoor grills to give them a more rustic feel. 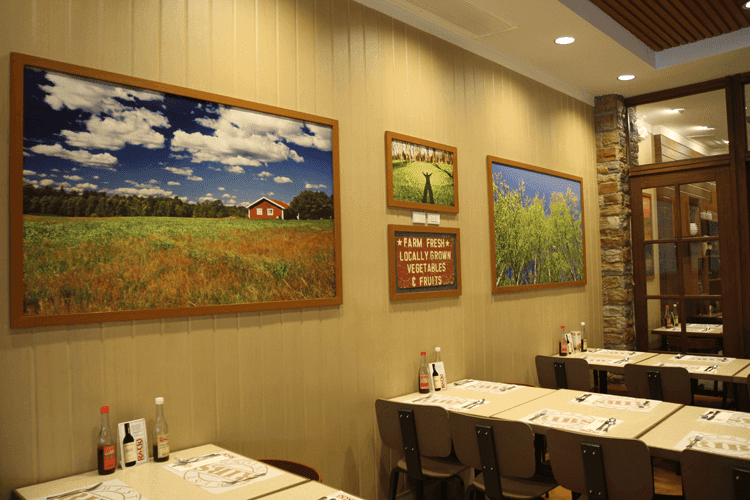 Framed pictures of America’s countryside hang on each wall—giving everyone a glimpse of the kind of lifestyle the establishment draws inspiration from.

According to Chukri Prieto, RACKS’ Managing Director “We’ve decided to change our look to make the RACKS experience more enjoyable and authentic. We serve classic southern country dishes and we want that reflected on our restaurants’ design. In essence, what we want to do is to create a warm, homey atmosphere where people can sit back, relax and have fun while enjoying great comfort food with their significant other, family or friends.”

Even before the change of look and the new branch we have been eating at Racks because of the homey atmosphere and of course, that flame-grilled, falls-off-the-bone ribs that Racks is known for. 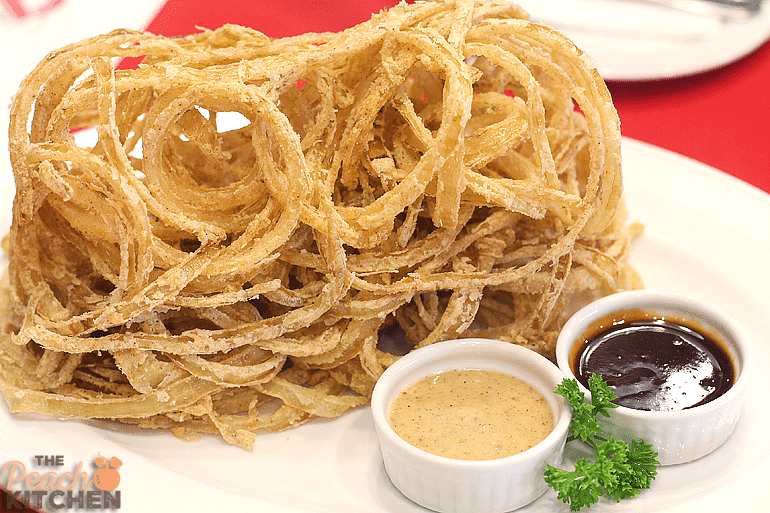 But aside from the ribs, Racks is also known for their Onion Brick. I used to think that onion rings are way better than this but it grew on me. These are thinly-sliced onion rings, that’s marinated, spiced, and lightly breaded, then deep-fried to a crisp resembling a brick. It goes really well with the Remoulade Sauce and the Barbecue Sauce. 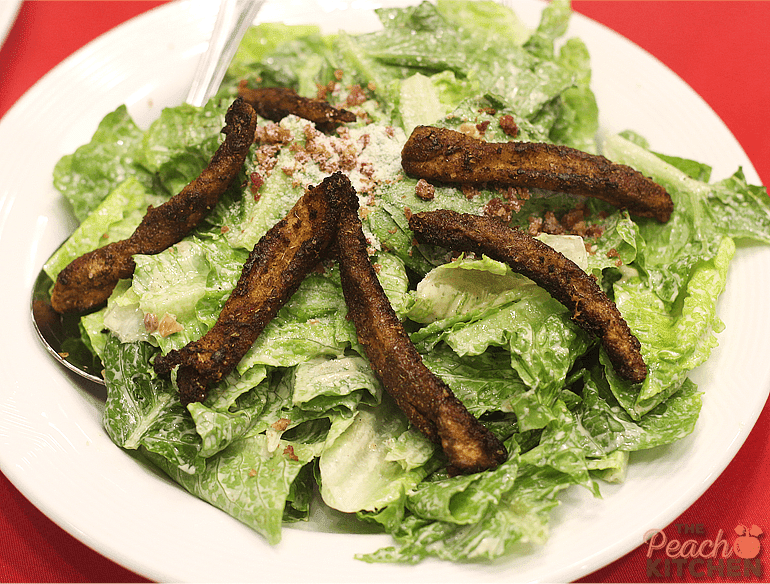 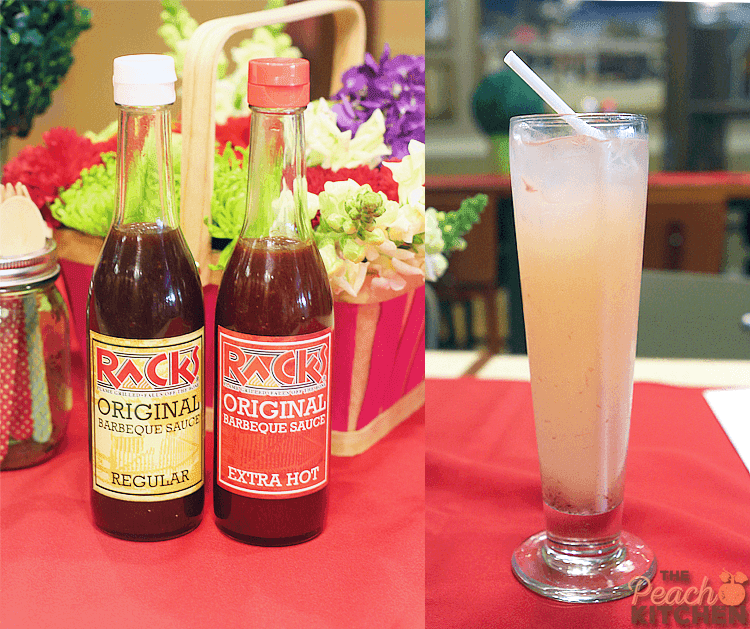 Racks Original Barbecue Sauce! A must if you’re eating ribs! 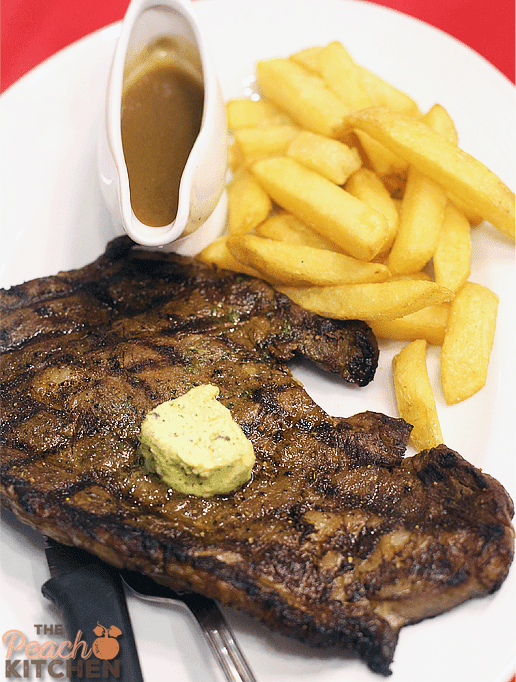 It was my first time to have Racks’ Angus Au Jus. It was also flame-grilled, cooked perfectly, and seasoned just right. 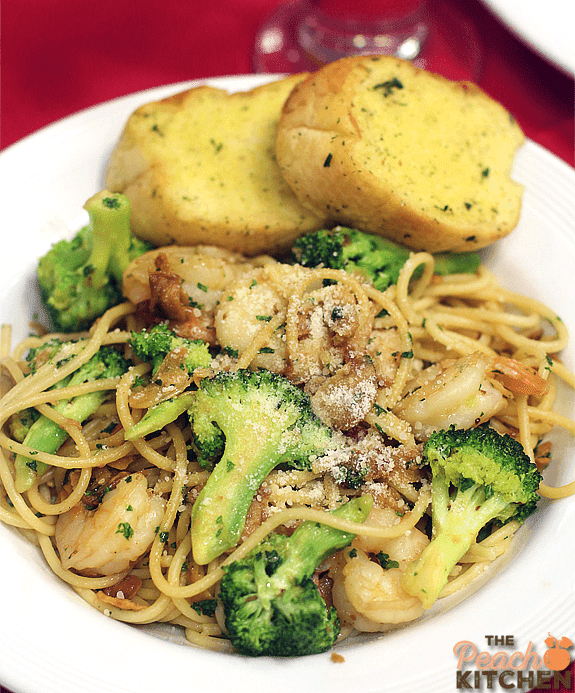 Oil-based pastas are one of my weakness, the Garlic Scampi Pasta hits the spot and satisfies my pasta cravings! The juicy shrimp and broccoli florets were the icing to the cake. Don’t forget the garlic bread that’s good to clean up all that chili-infused garlic olive oil left in the plate! 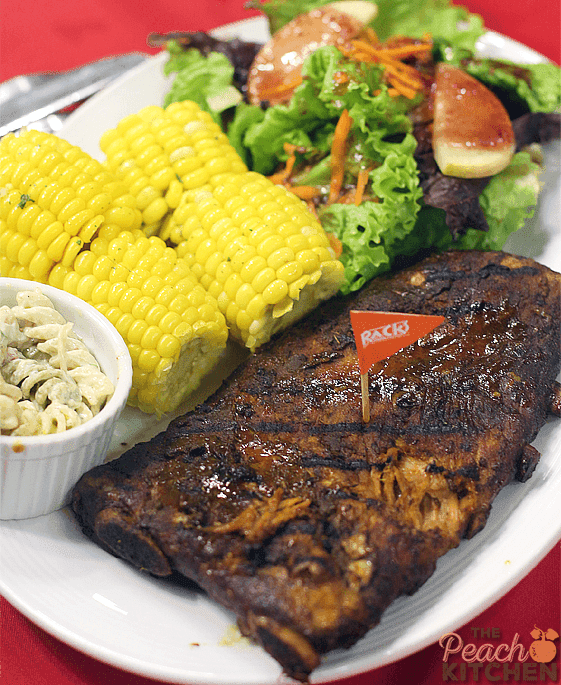 The star of the show was this flame-grilled, falls-off-the-bone Racks Baby Ribs. It is lean, juicy, and lip-smackin’ good that I ignored the three side dishes served with it. It was dipped in Racks Original Barbecue Sauce and I was a happy camper. 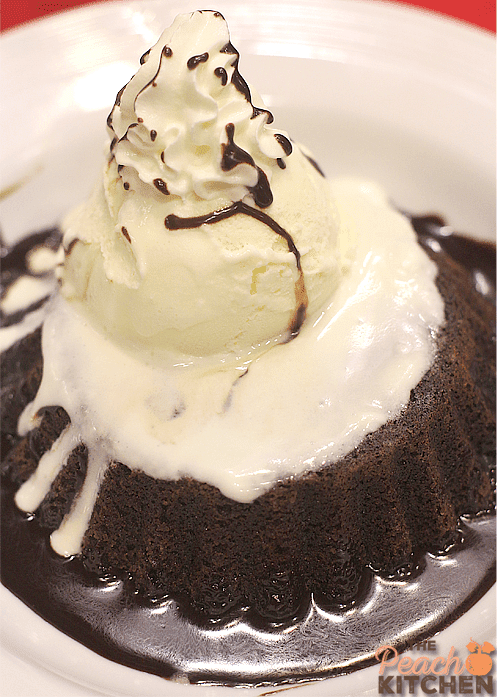 Our meal didn’t end with the ribs, though. To cap off our meal was this Mississippi Mud Pie, a moist fudge brownie sitting on a bed of thick chocolate syrup and topped with vanilla ice cream and whipped cream. Chocolate heaven, indeed! 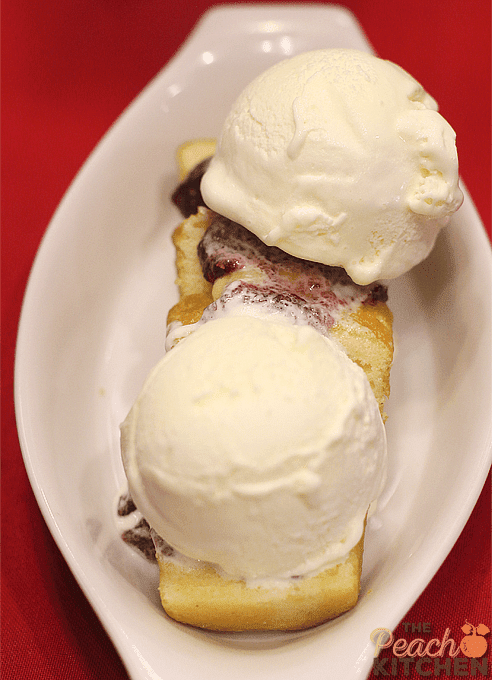 We also had the Memphis Pound Cake which is said to be The King’s favorite. Buttery, dense pound cake is topped with raspberry preserves and vanilla ice cream. 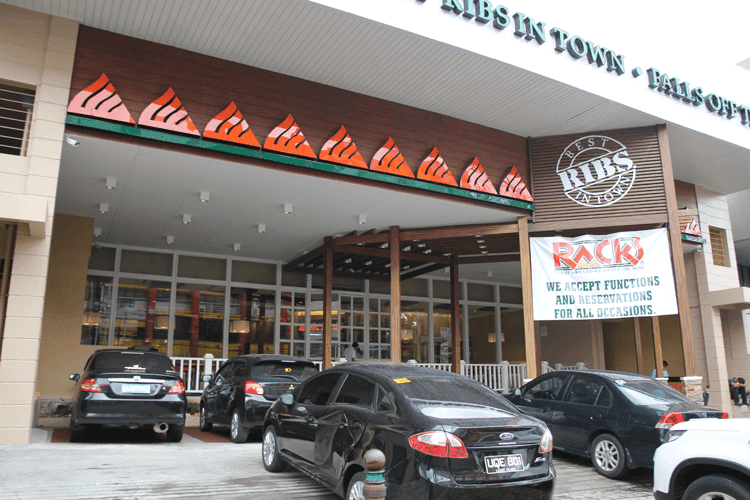 This newly opened Racks is located at 70 Timog Avenue in Quezon City .