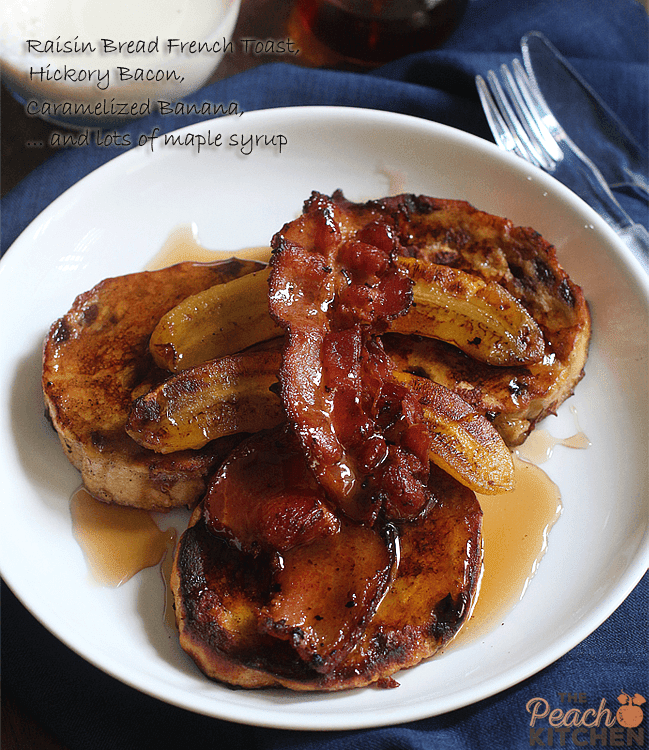 Dense, moist sticky raisin bread is one of my must-buys on the grocery lists these days.  Sometimes, I think being pregnant gives me the excuse to gorge on all the raisin breads I want without everyone rolling an eye on me.

Since I’m having a moment with French Toast these days, (remember, I also ordered french toast when we were at Cafe By The Ruins?) I turned my raisin bread into Raisin Bread French Toast then teamed it up with Hickory Bacon and some caramelized bananas and called it POWER BREAKFAST! Take that Monday! 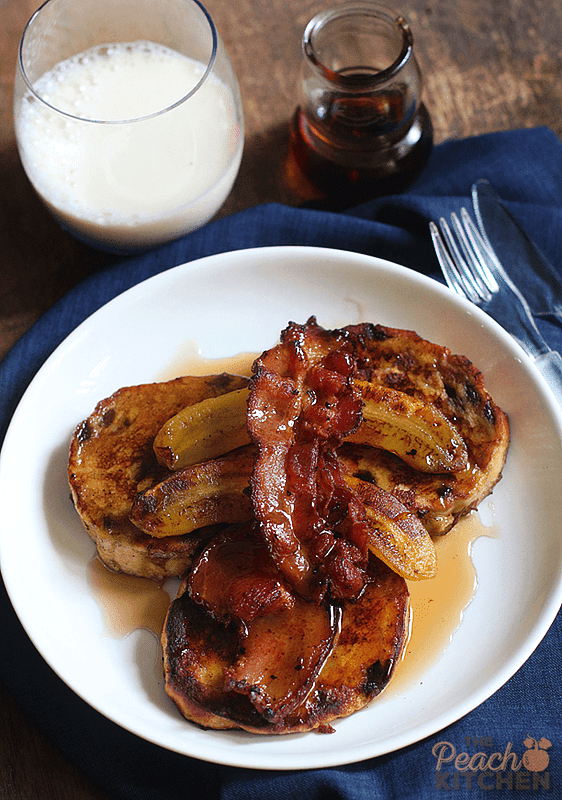 You know, I was so surprised when peanutbutter♥ told me he wants to start a daddy blog. When he was still in Dubai, I was encouraging him to start one because he wanted a hobby. I thought it was something he needed at the time because we weren’t by his side and by writing he could release some of his stress and emotion. It’s also one form of self-expression. He said he didn’t want one.

I’m really glad he does now. I’m starting to think I’m a good blogging influence. My sister, my cousin, and a couple of my friends started blogging because of me… and now my peanutbutter♥!

Will be announcing his blog soon here!