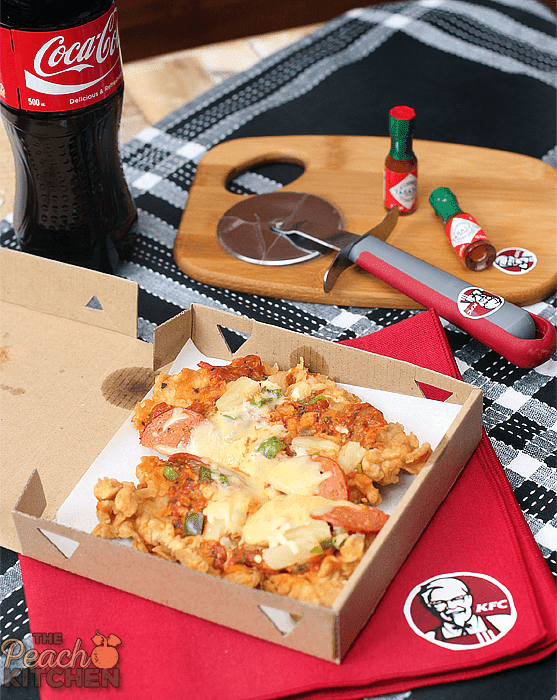 I think Monday is really a great day to be back in blogging. I’ve been in a short self-prescribed blogging maternity leave for more than a week and I think that’s enough. We welcomed a pretty little princess called Periwinkle Moone on a thursday the other week.. There are major — and I mean MAJOR — adjustments around the house and we are still adjusting.

I’m still trying to find my ‘center’ as of the other day but something came in to help. This. KFC Chizza. It came in at 11pm.. just as we are trying to lull our little Twinkle to sleep. 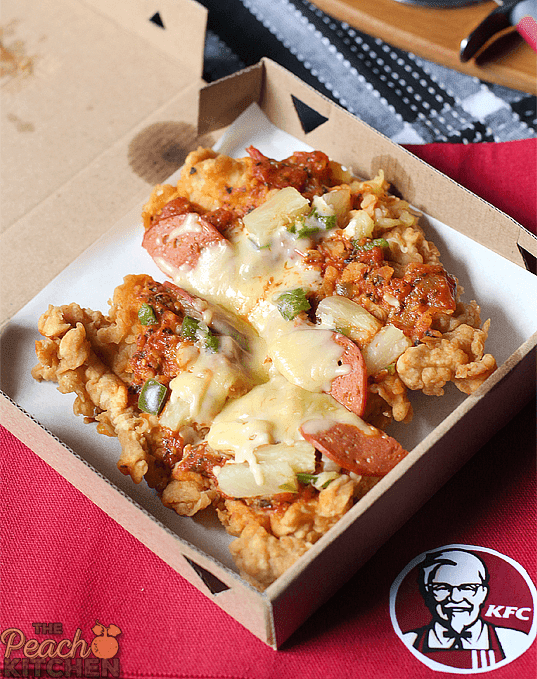 The new KFC Chizza is just about the craziest thing to happen to chicken and pizza!

I admit, this idea is not entirely new to me as I have loved making this South Beach Diet Pizza back in August of 2008. It was a low carb version of pizza with grilled chicken breast as a crust. The KFC Chizza is almost like it except it’s so much better and tastier because it’s made from crispy KFC chicken fillet then topped with pizza sauce, bell peppers, pineapple tidbits, pepperoni and melted cheese! 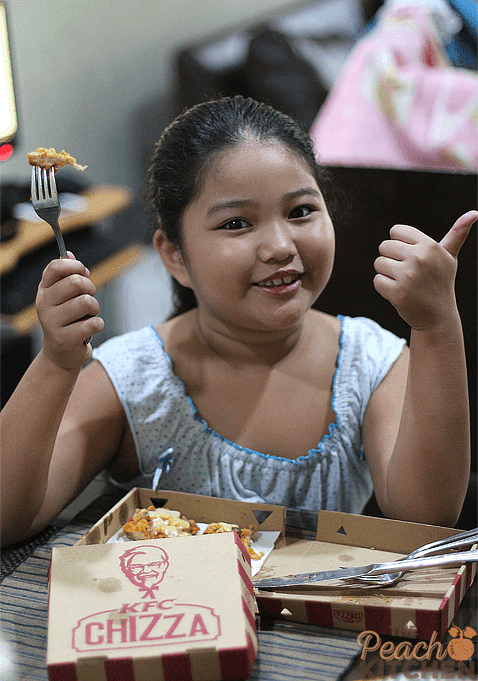 This was eaten as midnight snack and then the other one was breakfast the following morning. It gets a thumbs up from Ykaie too!! She was actually amazed about the whole no-crust, chicken and pizza combination! 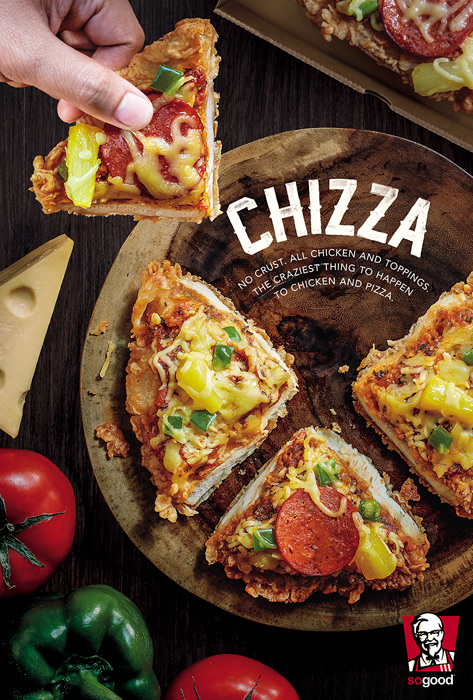 KFC Chizza will be available in all KFC Luzon branches on July 8, 2015.

I know you can’t wait to try it.