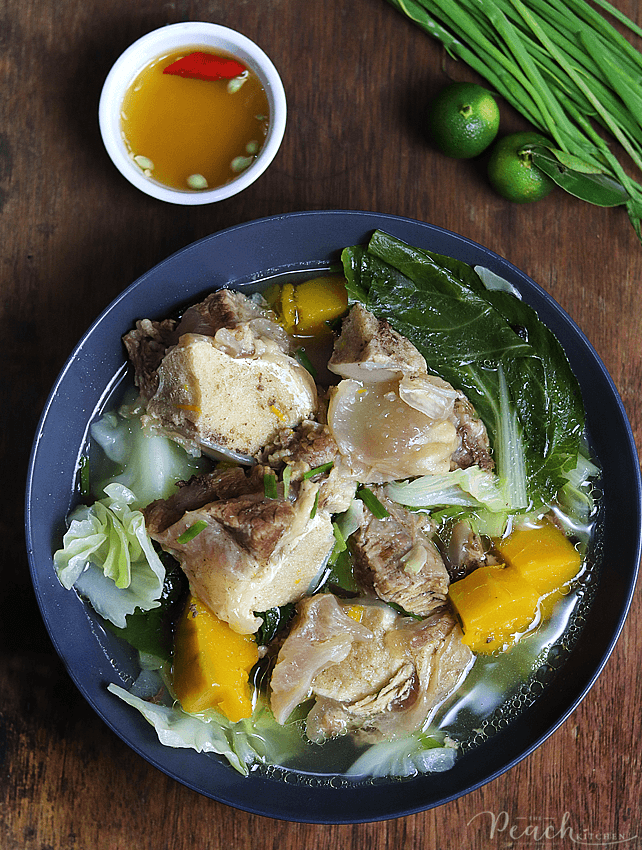 Nilaga is the easiest dish to cook because it is just technically boiling everything until it becomes one flavorful soul food. Today, though, I’m sharing a version of Nilaga that needs a little more pressure to soften the meat. And that’s because instead of using regular beef, I used tuhod ng baka (beef kneecap)

Tuhod ng baka or Beef Kneecap is perfect for soupy dishes because it’s mostly made up of bones and tendons (litid). That’s why I used my ever reliable pressure cooker to soften the meat. It makes for a soup-er flavorful dish, I tell you.

Since tuhod ng baka is mostly tendons, you might want to add a little more meat –like brisket — if there are going to be a lot of people sharing this dish.

Print
Author: Peachy Adarne
Ingredients
Directions
3.5.3251
♥ If you make this recipe, kindly snap a photo and tag @thepeachkitchen on Instagram (OR hashtag it #thepeachkitchen). I’d love to see what you cook!