You are here: Home / bacon / Hot Kale and Bacon Dip

This L♥ve month, the health buff, KALE marries the flabby but hottie, BACON in this Hot Kale and Bacon Dip..

Wondering about that rose? Ykaie gave it to me for VDay

In line of the recent Valentine’s Day, let me show my love for you by making something out of bacon (I know you how much you love it!) and kale, one of the world’s healthiest food.

Just so you know, Kale is not common in my part of the world but somehow the universe has conspired for me to find them. First at a grocery near my house and then at the Sunday market — not too far away from home as well.

I think the universe is telling me a secret message — and it’s to continuously feed my body healthy food…..

but I heard a whisper too.. “psssst, don’t forget the bacon“.

..and so here it is, something to fall in love with — Hot Kale and Bacon Dip. 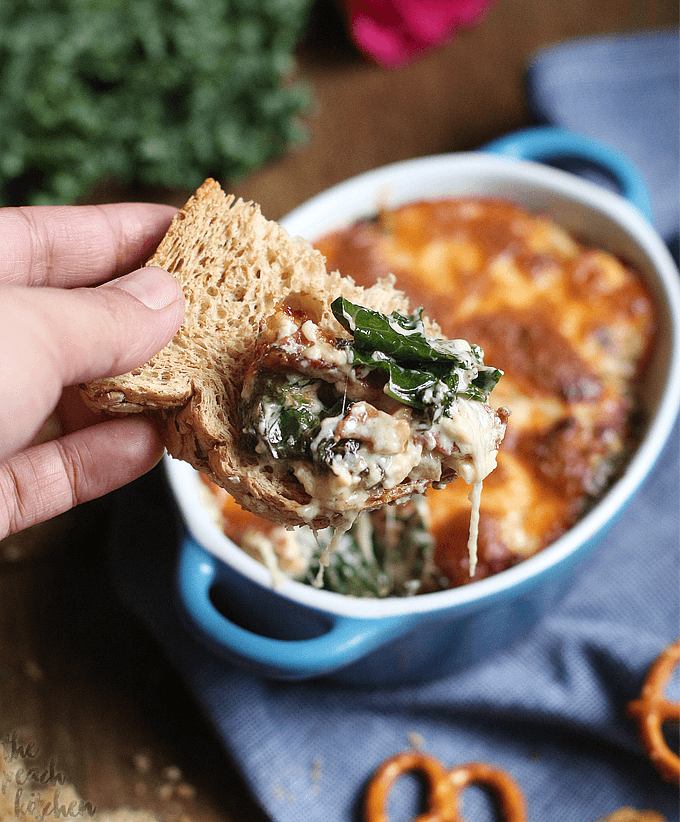 I was originally planning on a thin dip.. something for chips when watching a movie at home. What came out was a chunky dip that’s perfect for breads, crostini, tortilla, or pita bread. 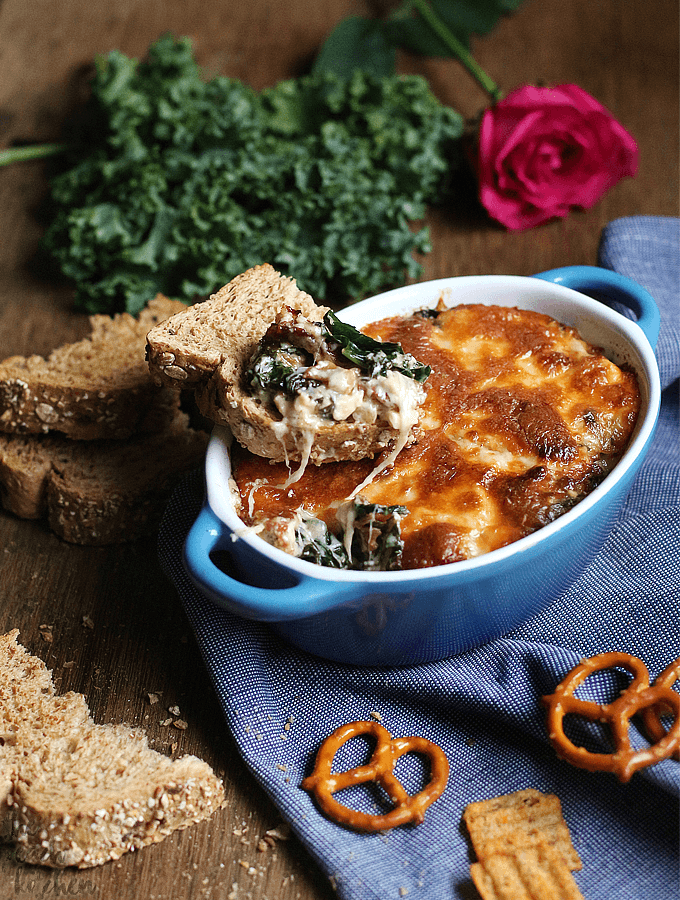 It’s time to see more of Shaun T and I’m laying off the dessert this week. The weighing scale and I will be seeing each other next week.