These Crispy Shrimp Bibimbap Bowls were inspired partly by Bonchon and partly by my failed attempt in making Korean Spicy Squid. 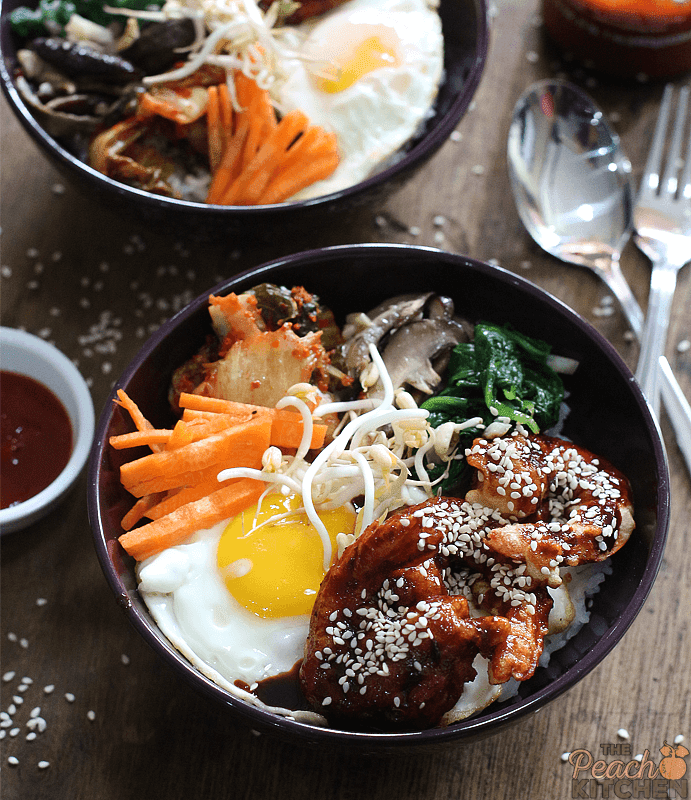 I don’t know if you’ve noticed the decline in recipe post for the last several months. I know you did. I’m blaming it on when I got pregnant (I was super lazy to cook and all I ever wanted was sleep), I gave birth ( you know, recovery and of course, my new born who needed me every minute of the day), and my eldest, grade two student who needs me whenever my newborn doesn’t. I wished there was 48 hours in a day.

The mind have been willing but the flesh was weak. Believe me, I made a lot of meal planning but failed miserably. Our weekly menu had been caught in a slump. It was Sinigang, Nilaga, Tinola, Longganisa, Chicken Curry, Fried Chicken, and Menudo. Then it gets repeated the following week. 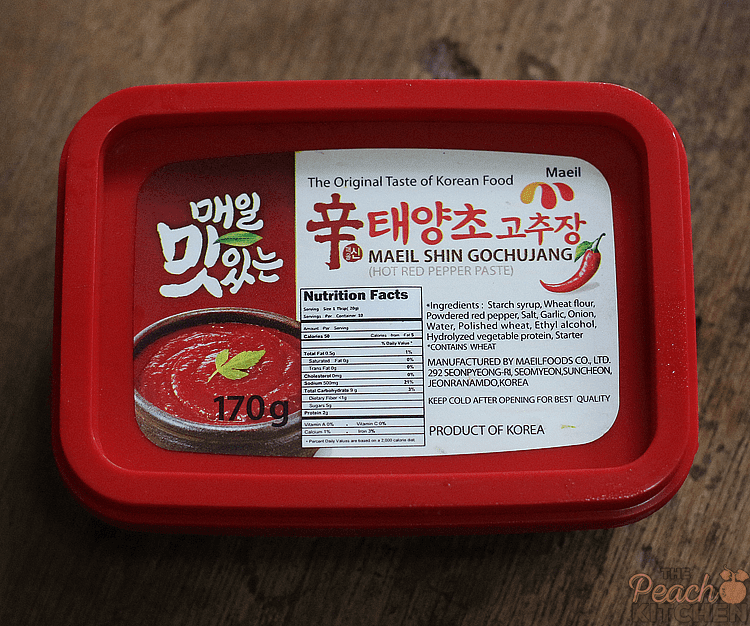 In an attempt to break it, I bought a pack of Gochujang (Korean red pepper paste) and Doenjang (Soy Bean Paste). I also bought frozen squid rings. I thought it would be nice to keep it at home. Just in case, I have extra time I can make Korean Spicy Squid because I already have all the ingredients. How wrong was I. Oh yes, I was able to make Korean Spicy Squid, the sauce was amazing but I found out one thing. Those frozen squid rings are only good for making fried Calamari. It doesn’t even taste like squid.

peanutbutter♥ asked if I wasn’t going to take a photo of it and I said ‘no’. He asked why and I told him I didn’t like the taste and that I would just give it another try but with fresh squid next time. He suggested I should do it with prawns/shrimp instead. There was a lightbulb moment. I’ve been craving Bibimbap lately and there are two packs of Kimchi inside our fridge from a failed attempt to make Kimchi rice when there was leftover beef. 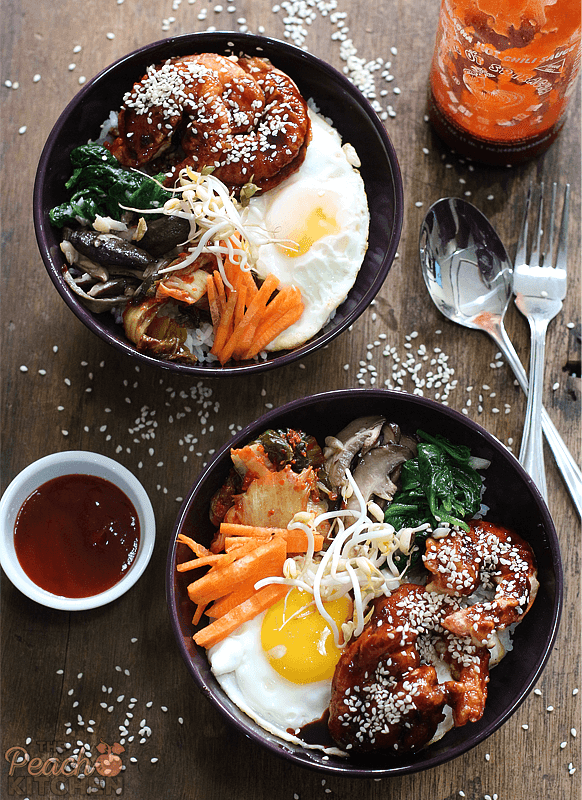 Since I love the Crispy Shrimp we had at Bonchon a few months ago, I thought it would be nice to make this as the meat for our Bibimbap bowls.

Bibimbap is a signature Korean dish served as a bowl of warm white rice topped with namul (sautéed and seasoned vegetables) and gochujang (chili pepper paste), soy sauce, or doenjang, a salty soybean paste, fried egg and sliced meat (usually beef) It is stirred together thoroughly just before eating and it has all the flavors you can think of.

This was lunch today. Crossing my fingers I get to make delicious lunch (or breakfast or dinner) everyday for the rest of the week.